During the Middle Ages, the Low Countries were split into many small feudal states. Most of them were united in the course of the 14th and 15th centuries as the Burgundian Netherlands. These states gained a degree of autonomy in the 15th century and were thereafter named the Seventeen Provinces.
The Eighty Years' War (1568–1648), divided the Seventeen Provinces into the United Provinces in the north and the Southern Netherlands in the south, these were ruled successively by the Spanish and the Austrian Habsburgs. The reunification of the Low Countries as the United Kingdom of the Netherlands occurred at the end of the Napoleon era in 1815. Not for long when in 1830 the Belgian Revolution led to the establishment of an independent, Catholic and neutral Belgium.

The main cause of the Belgian Revolution was the domination of the Dutch over the economic, political, and social institutions of the United Provinces. The traditional economy of trade and an incipient Industrial Revolution were centred in the present day Netherlands, particularly in the large port of Amsterdam. The Belgians had little influence over this economy and resented Dutch control. At the most basic level, the Dutch were for free trade, while less-developed local industries in Belgium called for the protection of tariffs.

At the grassroots level the Belgian peoples' faith, Roman Catholicism, conflicted with that of their Dutch King, Calvinism, the Belgians saw themselves as purely Catholic and demanded a higher role for the Church (those roman catholic demons at it again), in their government. In a sense, the Belgian Revolution was a Walloon revolution, of a French-speaking upper and middle class that exchanged Dutch hegemony for Walloon hegemony. The Belgian Revolution of 1830 crystallised this antagonism, with the final arrangements favouring the French-speakers. French became the official language; Dutch was banned in schools. The Belgian Civil Code was not translated into Dutch until 1967 !!. With hindsight it's fair to say that theFlemish got the worst of two ills, and to this day they are paying, in the sense that they have to transfer 1000 euro per head to Walloon every year. Don't think there's much thanks for that, on the contrary the walloon remain as arrogant and backward as ever, nepotism rules , many have fled to Brussels region turning this once flemish city into a french speaking bastion...goodluck with asking directions in dutch.

Belgium is well-known for its fine art and architecture ever since the renaissance (1400). The region corresponding to today's Belgium has seen the flourishing of major artistic movements that have had tremendous influence over European art ever since. It supports a fine cuisine aswell and is renowned for it's chocolate. Belgium produces over 500 varieties of beer (Belgian beer) . Belgians have a reputation for loving waffles and French fries (both originated at Belgium). Yes those Belgians , Flemish in particular live the life, nowhere else is partying till dawn so common, they don't need creditcards to spend, it comes natural to them to enjoy, and they enjoy entertaining eachother. Read more @  Wiki on Belgium

When looking into the music scene i was surprised that walloons were all but absent, almost all 'exported' music comes from the Flanders/Brussels regions. It only enforces the idea that something is amiss in Walloon, having Marc Dutroux as its most known citizen paints of picture of (moral) decay and apparently a place where creativity is starved, this whilst Walloon nature presents lush landscapes with the Ardennes and the beautiful Namur valley region.

When radio DJ/jazz musician Marc Moulin, programmer/sound engineer Dan Lacksman and vocalist Michel Moers got together in 1978 with the deliberate goal of forming an all-electronic disco pop band, they couldn't have chosen a better (or worse) moment: after all this was a year when New Wave, guitars, seriousness and political content were ruling. Telex had a typically Belgian, self-deprecating sense of humour, they entered the Eurovision Song Contest in 1980, and performed for millions of stunned viewers a synth+vocoder song appropriately entitled "Eurovision".

Telex went on to make five albums, and many of their 12" achieved cult status in the clubs, especially in America.Telex had claimed at the time that "the best compliment anybody could pay us is that our music is disposable - that's what all music should be", and the press sometimes tended to take the same view. When i listened to Telex again i was struck by that they sounded like Belgiums version of Japans Yellow Magic Orchestra (specially late seventies YMO). Largely unknown back then. You be the judge...i'll get to Japan around March 2007. 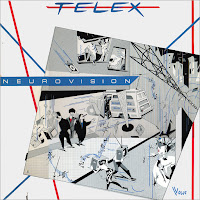 GHINZU, formed 1999 in Brussels, released its first album, Electronic Jacuzzi in late 2000 on their own label Dragoon. Their music can be described as NOISE-POP. It contains the basic elements of pop: piano, trash synthesizers, no-wave melodies, passionate rhythms and unique melodramatic hooks. But it is ripe with experimentation : duo-bass lines, piano ballads accompanied by cut-beat drums, distortions, lyrics full of lo-fi humor and self-mockery, speed-pop and of course… the noise. Ghinzu is a brand name of Japanese knives that cut better the more you use them ( in case you wondered),  i wonder if they have any. The cover art sure is eyecatching, but to me doesnt convey their music, so don't let it turn you off. It's a great album. Early 2007 they will launch the follow up to Blow. 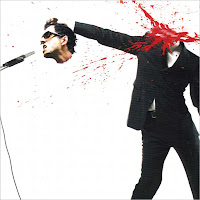 Novastar (Joost Zwegers) was the winner of a Rock Rally in 1996. The self-titled debut album Novastar was only released four years later, in 2000, but with success. The album reached #1 of the chart in Flanders and awarded a platinum record. Novastar was honored as best album at both the Zamu Music Awards and the TMF Awards.

Joost Zwegers intended to record his second album in the United States, but unhappy with the way he was pushed to produce hits, he returned to Belgium. He started a collaboration with the Belgian musician Piet Goddaer (Ozark Henry) and together they wrote the songs for the next Novastar album Another Lonely Soul. The album, which Piet Goddear also produced, was released in 2004, it was an immediate succes. Just as the debut album, the new cd topped the chart, was awarded a platinum record and the TMF Award for best album again.It a quite soft album with no really uptempo songs, the tracks are beautiful with a little sad touch and filled with a lot of emotions. A perfect record to enjoy the power of almost perfect popmusic on a rainy sunday afternoon. 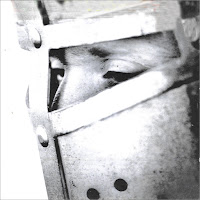 Front 242 was created in 1981 in Aarschot, Belgium by Daniel Bresanutti and Dirk Bergen, who wanted to create music and graphic design using emerging electronic tools. The initial name of Prothese was changed to Front 242 because it had greater potential as a subject of graphic design. After a few singles, Jean-Luc De Meyer (vocals) and Patrick Codenys joined the group and the first album, "Geography", was released. At this stage, Dirk Bergen left the group. In 1983, Richard 23 (Richard Jonckheere) joined the group as vocalist/percussionist. With this line-up, the band released many albums of EBM-music, gaining more popularity with every release. (EBM stands for Electronic Body Music, a term invented by F242 themselves) They also established a solid live reputation, with an energetic show in para-military outfits. Read more about Front 242 @ Wiki 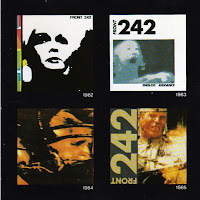 ONTAYSO is formed by Esther Santoyo, Koen Lybaert and Dave Vanderplas, who take ideas, sounds and concepts of previous acts one step further into new creative areas. ONTAYSO brings a combination of acoustic instrumentation and fine electronics. Lofi guitars, melodic sax and subtle percussions are mixed with soundscapes of manipulated acoustic sounds, field recordings, samples, and several synthesizers. U-Cover Records worked out a remix project around their first unreleased recordings. The result is quite overwhelming... Everything from loveley ambience, subtle piano driven tracks, rythmic techy stuff, really minimal stuff, dubby, etc etc. It is quite a diverse album, allowing each of the selected artists to show off what they can do. The album starts off slow and progressively builds up as each minute passes. Soulwax, headed by David and Stephen Dewaele, is an alternative rock band hailing from Ghent, Belgium. Even though the Dewaele Brothers have released several major albums under this moniker, including Leave The Story Untold (1996), Much Against Everyone's Advice (1999) and Any Minute Now (2004), the two are perhaps best known for their influential contributions to the bastard pop genre under the names Flying Dewaele Brothers and 2 Many DJs with the landmark record As Heard On Radio Soulwax Pt. 2. Meanwhile there's 10 parts of radio Soulwax out there, their website has lots of interesting stuff. To keep the first experience at max impact i just list the first 12:30 min from an hour of slicing powermixing. 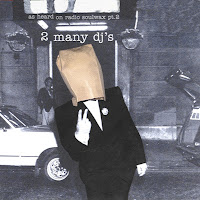 Thanks for posting Front 242. However, when trying to download the file I am told that 'the file is either in an unknown format or damaged'. I suspect the latter, since I usually have no problem with .zip files. It would be helpful if you could fix this.

Hello Ormr, i'm not sure what the problem is, because downloading goes fine..just did bit slow at the moment, opening the file was no problem. Maybe you have a problem with OGG, no plug in perhaps, as for unzipping you do need a program for that, i use an easy and free program for that 7zip you can get it here http://www.7-zip.org/ ..good luck Rho, sat 23.55

Thanks rho for providing the links and if the uploader is still around give him a wet kiss for the 242 compilation!!!

I remebered 242 as much better at the time but I'll guess I growed up :)

Anyway thanks once again!

This all looks like some interesting stuff, nomination for a re-up.
Best
Matt

Hello Gianni, the new Telex link has been entered, hadn't listed Ghinzu as re-upped but have now. N-Joy

Many Thanks for the re-ups! Do you have Mirror Mirror from Ghinzu in FLAC format, please?