My second visit to the Iberian peninsula, brings me to Granada, the southernmost point of Spain, the northern harbour town of Gijon before moving to Portugal.

Amparanoia's frontlady, Amparo Sánchez, heads her group with gutsy vocals and frank lyrics borne of the merging of musical styles, a passion in campaigning for women's rights, human rights, and probably to no small extent her involvement in the Mexican Zapatista movement. Born in Granada, Spain, in 1970, Amparo Sánchez joined her first band, the Correcaminos (Roadrunners) at 16, a year after apparently becoming a mother for the first time. With Billie Holiday as her chief inspiration, her ability at singing blues, soul, rock, and jazz quickly established Sánchez as the foremost vocalist in the region. Starting in 1995, she spent 18 months developing an enthusiastic following playing around the Spanish capital's club circuit. She also expanded her musical range by absorbing classic Cuban forms through exposure to Madrid's healthy Latin music scene while Manu Chao schooled her in other Caribbean styles.

Rebeldia con Alegria, loosely translated as 'rebellious fun' is a compilation taken from the last four albums of a band best known for their furious live performances, and this release retains much of the renowned on-stage energy. From the first trilingual track 'En la Noche' in English, Spanish and French the band's trademark fiesta style is marked. Several of the tracks have a punky feel, as well as obvious Latin American, French and North African influences, blending a mestizo style, a term which if a label is demanded of this music is particularly fitting. 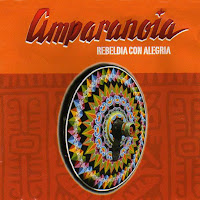 Rumba Angelina is a fantastic journey into the past, Radio Tarifa succesfully manages authenticity which is a tricky construct in popular music.Radio Tarifa derived their name from the Cape Tarifa region of southern Spain which is the closest point on the Iberian peninsula to Africa. On Rumba Argelina their first album, guitarist and composer Fain Dueñas, wind player Vincent Molino, and vocalist Benjamin Escoriza, the core of the Spanish group Radio Tarifa, blend traditional North African music, flamenco, and a dash of rhythms from the New World, with a contemporary pop sensibility. The results sound organic--even when some of the mixes take disorienting turns, this is border music, the music of an imaginary radio station in Tarifa.

There is not a weak song on the album and each has a unique flavor reflecting the sounds of Moorish culture, flamenco, the new world, and even the Medievel period are all brought together. The music is mezmerising and ambient, a remarkable combination of instruments, coming together to create a synthesis of sound reflecting the diversity of Spanish culture. 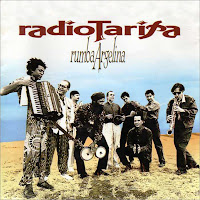 Most of you know what a manta ray looks like- a big gracious underwater 'flyer', no surprise here they chose the name for the band with it in mind. Manta Ray are a band rooted in Northern - Spain (Gijon-Asturias). These Spanish indie rockers pursued a restlessly experimental approach for most of their career, starting out as a bluesy noise-rock band and drifting farther and farther into avant-garde territory."Post-Pop" or "Post-Punk" would be easy labels to define Manta Ray's sound, or to compare them with bands like Tortoise, Mogwai or instrumental Radiohead but their sound is unique, personal, challenging, experimental, but still accesible to the average Indie-Pop listener .

After being hailed spains best national act of the 1999, Manta Ray recorded Esperanza in 2000. The album starts off in an almost casual way taking the listener with them passed 10 largely instrumental soundscapes. 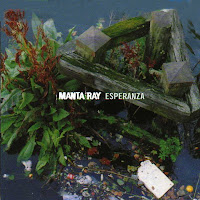 Portugal came into existence as an independent nation on June 24, 1128, when Afonso Henriques, Count of Portugal, defeated his mother, Countess Teresa, and her lover, in battle - thereby establishing himself as sole leader. He proclaimed himself king of Portugal on July 25, 1139. Afonso and his successors, aided by military monks, drove out the Moors.

In 1415, the Portuguese empire arose when a fleet conquered Ceuta, a prosperous Islamic trade center in North Africa. There followed the first discoveries in the Atlantic: Madeira and the Azores, throughout the 15th century, Portuguese explorers sailed the coast of Africa, establishing trading posts as they looked for a route to India and its spices, which were coveted in Europe. In 1498, Vasco da Gama finally reached India and brought economic prosperity to Portugal. In 1500, Pedro Cabral landed in Brazil and claimed it for Portugal for the next 322 years. After Brazils independance Portugal had to wait till 1974 before the people could freely aspire prosperity again.

These days 10 million Portugese live in a democratic nation, member of the EU and part of the eurozone. The north is still fiercely catholic, certainly compared to the anti-clerical south, but then they hadn't a visit from Madre Deus (virgin Mary).

Between May and October of 1917, three shepherd children, Lúcia dos Santos and her cousins Jacinta and Francisco Marto reported visions of the Virgin Mary in the Cova da Iria fields outside the village of Aljustrel, very close to Fatima, Portugal. They had this experience on the 13th day of each month at approximately the same hour. The last time on October 13, 1917, the final in the series of the apparitions of 1917, a crowd believed to be approximately 70,000 in number stood in the pooring rain seeing how the clouds broke as an opaque disk spinning in the sky and radiating various colors of light upon the surroundings, appeared to detach itself from the sky and plunge itself towards the earth in a zigzag pattern, finally returning to its normal place, and leaving the people's once wet clothing now completely dry. The event is known as the "Miracle of the Sun" Well, sounds like a close encounter of the 3rd kind to me.


Time for some music by a band that unashamedly named itself Mother of God.

Madre Deus (Mother of God) is a group from Lisbon whose music combines fado influences with modern folk music.Their whole foundation which they have nurtured over the years, is their unique acoustic style and old-world charm, very heartfelt and emotional.

This album is quite different and certainly caused some dismay between their fans, "whats this ?. A cacophony of clips and snips of noise !" Well it may sound so to the unaccustomed ear but it aint. It was a daring step to take to broaden their horizon, admittedly choosing to have different remixers for everytrack is probably stretching it, and yet Madredeus's beautifully mysterious sound still lets you get pulled in by Teresa Salgueiro's vocals. So hold your horses because the harmony and feeling are still there, it's still Madredeus. 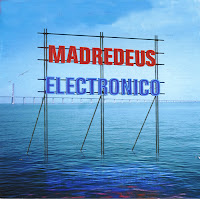 Moonspell is a Portugese goth band, native influences can be found in their music, mostly through lyrics. Although most of their songs are in English, "Trebraruna", "Alma Mater" and "Ataegina" here on "Wolfheart" are in Portuguese or feature parts in Portuguese, they even covered a Madredeus song "Os Senhores da Guerra" (The War Lords).

Although they had been playing since 1989 under the name of "Morbid God", the band became Moonspell in 1992. After the release of mini-CD Under the Moonspell, Wolfheart was recorded in Germany with producer Waldemar Sorychta and was released in 1995 and followed by an European tour. Although the album had little or no recognition at the beginning, it was later recognized as a "milestone" by heavy-metal reviews site Metal-Observer.com. 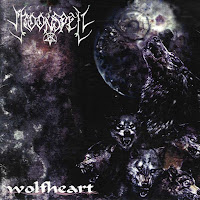 Rui da Silva started producing house music in 1992, just as club culture was getting established in Lisbon. Rui’s debut release in ’92 was experimental to say the least. Rui admits, “I was into things like Japan, David Sylvia, Brian Eno and Sonic Youth. The first record I did was the result of some experimental jamming sessions. From those humble beginnings tinkering with electronics, Rui teamed up with DJ Vibe to form Kaos Records, the first label in Portugal specialized in house and electronic music. His first major hit (and Kaos' first release) was "Não", a track that sampled vocals from a Xutos & Pontapés track, released under the alias Doctor J. With DJ Vibe, he also formed the Underground Sound of Lisbon project, in 1993. During his years at Kaos, Silva also worked with several artists.

In 1999, he left Lisbon for London, in order to move from producing to DJing, and also to start working under his own name. Silva left Kaos Records, in the UK, he founded Kismet Records ('Kismet' is a Turkish word for 'fulfillment of destiny' ), where he began producing a more progressive sound. He has released a number of tracks under his own name, as well as collaborative efforts with Chris Coco and Moshic.

Rui da Silva's single "Touch Me" (featuring the vocals of Cassandra Fox) topped the UK Chart in 2001. At the time, he was the only Portuguese musician to have a UK hit and hence was the first to score a UK number one, this made him one of Portugal’s most precious exports. The gargantuan number 1 hit single ‘Touch Me’ has shot him up to stellar proportions as one of the world’s best tribal/progressive DJs and producers, aswell as a 100,000 pounds (180,000 us$) rip-off by BMG extortionists for using a sample from an early eighties UK # 3 hitsong by Spandau Ballet - Chant no1(I don't need this pressure on). Greed is go(o)d !. I wonder who tipped them.

Apparently Rui finished his Four Elements but i couldnt find 'air', you'll have to make do with the other 3 here. Most on this compilation from a compilation is Rui's work topped up with 3 prod/remixes and a coproduction with friend Chris Coco.

On my next stage we'll be swerve up north again to explore some of Paris' rich music scene.