It's the time of the season where things get soft, at least in the snow, however, in the desert there's no such cosy pleasantries, even if we northerners pretend that one day, in a warm stables with farm animals surrounding, a child was born unto a pair of refugees on the run from the murderous army of a tyrant who'd been foretold his kingdom was in danger from one to be born soon. Sure those ordinairy folk listening to such a story knew all about murderous tyrants and warm stables. That child could have been theirs were it not that this was no ordinairy child, oh no this was the son of God, born on to the immaculately impregnated Mary, in vitro fertilisation we say these days, but lets not twist over how God managed this... Josef and Maria got an angelic warning and fled to egypt, most unfortunate though for all the innocent baby boys that got hacked up... Strange too that such a demonic infanticide campaign didn't register in the roman annals...maybe if it didnt happen ? But in the story it clearly establishes the evil of the other side doesn't it ?

Many an astronomer, working back with the latest astrosoftware, has been seeking Bethlehems star, it must have been around for months, but nothing remotely could be found that would incite magi, who were after all the learned astronomers of the day (night) to go and seek for a newborn king. Now that part of the story may have been a week link anyway.

Jesus was a carpenter, right...wrong this twisted knowledge has come about in the 17th century when the bible was translated from latin into english, the latin puts him down as a master of crafts, this in the days of witchburning sounded a bit too wizzardry so they translated it into a respectable craft of the day, carpentry, ergo Jesus the carpenter. Then there's Nazareth.....it didn't exist at the time, it first shows up on old maps from the 6th century, it's safe to say that he didnt come from there.
But hold on here, i remember him being called the nazareen, this is an important clue because there was a healers sect that called themselves Nazareen and who held ideas very close to those been attributed to Jesus. WhatJesus message boils down to is as simple as it is difficult : "Gods temple isnt some construction build by men, but it is everymen and woman's heart and that is where one should worship God and keep Moses laws.' Thats right, don't be fooled by the middlemen, the gatekeepers, the priests..thats the core essence of the message Jesus and the Nazareen left us, and it is as valid today as it has ever been.

Keep that in mind and specially in your heart, and i wish you happy days and loving new year.

I add some Xmas goodies to entertain you these days

Z.E.'s VA - A Christmas Record (1982 - * 58mb)
ZE Records was a New York-based record label, started in 1978 by Michael Zilkha and Michel Esteban.The music which they were listening to was a mixture of the New Wave of Talking Heads and Television, together with the disco-funk music being played in the New York clubs, at a point at which music, art, cinema, literature, and fashion were closely integrated. The pair decided to set up ZE Records, to record the new music emerging, later known generically as No Wave

Within a short time, ZE Records became the hippest record label in the world, signing up such new talent as Was (Not Was), Kid Creole and the Coconuts, Bill Laswell’s Material, and James White and the Blacks, together with more established performers including John Cale and Suicide. Many of its releases were first played at the Paradise Garage club in New York, starting point of Garage music. As it is Xmas in New York aswell ZE couldnt resist to release an alternative Xmas sampler , "A Christmas record" to showcase their artists. Here's the vinyl rip in glorious OGG. 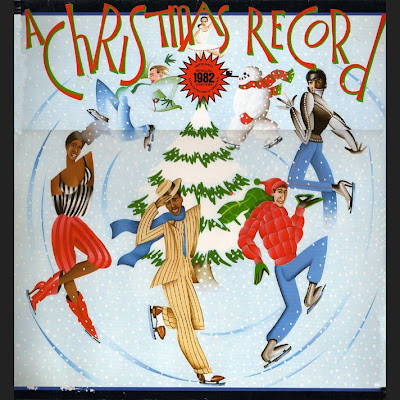 Phil Spector VA - A Christmas Gift For You (1963 - * 48mb)
The Spector of Christmas 1963, back then poorly recieved, no surprise considering president Kennedy had just been assasinated. Spectors trademark at the time was his Wall of Sound, a production technique yielding a dense, layered effect that reproduced well on AM radio and jukeboxes. To attain this signature sound, Spector gathered large groups of musicians (playing some instruments not generally used for ensemble playing, such as electric and acoustic guitars) playing orchestrated parts — often using many instruments playing in unison — for a fuller sound. Spector himself called his technique "a Wagnerian approach to rock & roll: little symphonies for the kids.".

In 2003 Rolling Stone listed "A Christmas Gift For You" # 142 of the greatest albums of all time. As for Phil, he went on producing many hits and in the seventies was succesfull with Beatles' Lennon and Harrison. His marriage with Ronny from the Ronettes broke up in 74 and in 2003 his girlfriend, 40-year-old actress Lana Clarkson was found shot dead at his faux-castle mansion. Phil was arrested but is out on bail, his trial is set for jan 2007.

This is a vinyl rip of the glorious 63 mono album, specially for those defenders of standards, Totally Fuzzy , A Christmas mp3 Gift For You(1963 ) aswell . 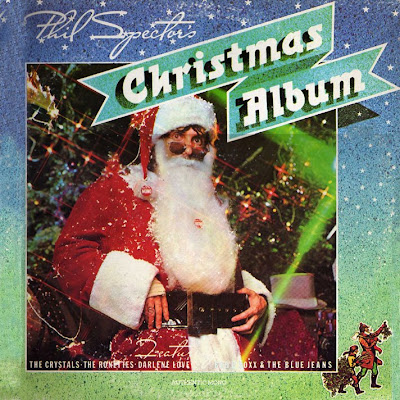 Thanks for the christmas gift.
merry xmas to you also!

Thanks for posting the ZE Xmas record. I've been trying to track that one down for a long time.

could you please re-up the Spector and NY 1978 Xmas albums?