Hello, today's posting has been waiting for the right atmosphere, guess what that the nights have just about the right temperature to party all night...


Today's artist is a composer, musician, arranger and sound engineer. He participated on over 400 cds with personalities as David Torn, James Taylor, Gilberto Gil, and releasing alongside artists as Jon Hassel, Michael Nyman, Wim Mertens, Nitin Sawhney, Trilok Gurtu, Sinead O' Connor, Mario Biondi, RuichI Sakamoto, Frank Zappa, Marisa Monte, Bebel Gilberto, Nicola Conte, Norah Jones, Fabrizio Bosso. Has worked on many soundtracks for films and TV, and reached an important career on Theater and Dance, in short he has already gained a place of honor for himself on the European music scene, with international recognition for the wise and original use of electronics, jazz and ethnic music that distinguished his works. He's just the coolest thing out there in bringing together the best in Latin, Funk and Soul, as well as a myriad of other genres, into one incredibly cohesive and funky rhythm!...N'Joy

Very early he gained a main role in the world music scene as a promising composer, arranger and session man. His works have been released, from various European labels, in the same albums with personalities such as Jon Hassel, Steven Brown, Steve Reich, Michael Nyman, Wim Mertens, David Torn, Ruichy Sakamoto, Frank Zappa. He composed soundtracks for cinema, tv, theatre, ballet. He received international recognitions for his original use of electronic instrumentation melted with world, jazz, classical and pop music.

He begins as a young man studying contemporary classical music, joining the school of "Percussione e ricerca Ensemble", with teachers of "Orchestra La Fenice" Gottardo Paganin and Eddy de Fanti in Venice (first as a student, then as a teacher). He dedicates to the study and performance of the music by composers such as E. Varese, J. Cage, S. Reich. T. Riley. He continued his studies with great masters such as Kenny Clarke, Nana 'Vasconcelos, Trilock Gurtu, Dave Weckl.

Bebo also began composing, experimenting with early forms of electronic music along with ongoing research on ethnic music. The first published work is Pangea (1987 - now sold out). The first cd "Soniasikri" comes out in Belgium for the Sub Rosa label in 1991. Since then, Bebo participates on over 400 album in Europe, USA, Japan, for SONY MUSIC, EMI, CINEDELIC, CHIN -CHIN, RAMBLING/JAPAN, as a composer, arranger, musician, sound engineer.

(JAPAN)   KING OF SWING (BEBOBEST Latin Mix) will be used by Takarazuka Kagekidan, the most famous historical Japanease Theater Company ( http://en.wikipedia.org/wiki/Takarazuka_Revue ) for their new show from march 2014.

• TANTRA - E.P. OUT OF MYSELF - CNI COMPAGNIA NUOVE INDYE

A wonderful and enjoyable mix of ancient and modern styles, from Rio's Sixties Psychedelica to Euro-made versions of what the sleeve notes fancifully but fetchingly call 'the Bossa-Bombay vibe'.

The story of Brazilian and Indian musicians blending their music together is a long one and remains one of the most exciting musical journeys. Brazil and India share a love for acoustic stringed instruments and driving percussion. And you know what? In some mysterious way, by some unknown route, it all ends up sounding great, as it's done with care, love and good humour.

This unique album presents a celebration of the musical mix between these two rich cultures. From Bollywood-inspired Brazilian tunes, to Bossa driven sitar funk; from downtempo melodious sitars to deep batucada and table rhythms: The Indian Summer has arrived in Copacabana.

Bebo Best aka The Alchemist Bebo Baldan, producer, musician, film composer, arranger and multi-instrumentalist (bass, percussion, drums, sitar, guitar & keyboards) has worked on over 90 albums, and many soundtracks for films and TV, and has international recognition for the wise and original use of electronics and ethnic music that distinguished his works.

This has to be one of the best lounge/chillout cds I've ever heard. There isn't a weak cut on the record, starting with the exhilarating "Dolce Vita" to a really fun Latin-edged version of Led Zeppelin's "Whole Lotta Love." I couldn't begin to name my favourite tune they are all so wonderful, but for anyone who is a fan of this music, this is 100% a must-have! 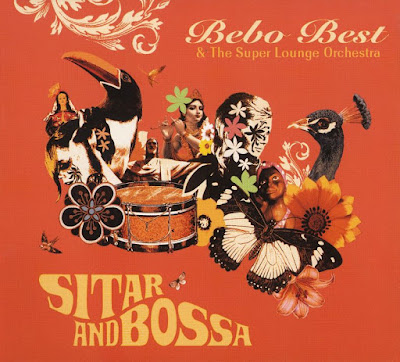 After the huge success of their first album Sitar and Bossa recently featured in the Buddha Bar Vol. 10 compilation, Venice, Italy-native Bebo Best & the Super Lounge Orchestra's new album D'Jazzonga has Bossa grooves, & jazzy vocals and that 60s-70s lounge and soundtrack flavor, excellent Classy musicians blending Brazilian music, Italian-styled grooves and jazz dance, modern jazz, electro bossa, cinematic sounds and plenty of jazzy vocal melodies and solo instrumentals. Bebo Best & the Super Lounge Orchestra s new album is a very enticing music release with rhythmic tracks you will have to dance to! The album is played by Brazilian, French and Italian musicians with a vibrant collection of tracks that bristles with intensity from song to song! Dip Your finger in this smooth cocktail of cool yesteryear sounds of Xylophones, slow guitar riffs and honey dripping vocals from an age of cool and elegance 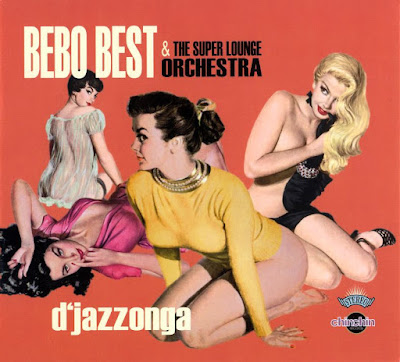 After the huge success of their first 2 albums Sitar and Bossa and D Jazzongathe, Italian composer/arranger/producer Bebo is back with his finest yet! With the spirit of whatever NuJazz might be, the album is a way-cool cinematic bossa nova-jazz groove that could pass for a genuine late- 60s or early- 70s soundtrack recording, garnished with early 21st century electronic touches. Bebo blends elements of dance music, jazz, trip-hop, swing and downtempo into one delicious, happy cocktail and suggests the exuberant insouciance of parties, rides in convertibles on warm, full-moon nights, and an afternoon spent dancing barefoot with friends with a glass of sangria in your hand. “Saronno on the rocks” is the must of the nu-jazz, with the special featuring of U.K. Best jazz vocalist, Iain Mackenzie. 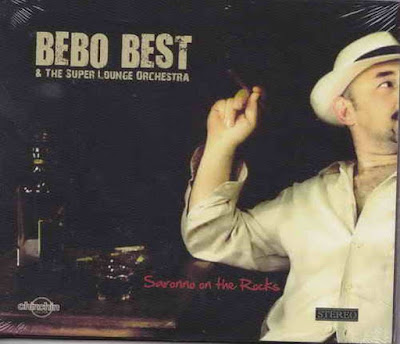 Would it be possible to re-up these?