Hello, been watching some of the Commonwealth Games over at the Australian Goldcoast it was marathon day, the females had an unexiting race with a Namibian woman winning the race followed by 2 Australian Shirley's. The men's race however saw plenty of drama first the #3 stepped out with cramps at 35 k, not as stunning as seeing the leader loose control of his body to finally collapse just past the 40k mark, it took the ultimate winner 2 minutes to pass his rival who still was without care from the organisation when minutes before the Scott's collapse it was clear for all to see he was loosing control of his body-outrageous incompetence by the organisation but then the #2 at the time was an Australian. It's interesting to note that none of the Top Africans eligble to take part were there, clearly there's to little real gold to be won at the kolonial games. It's clear too that Canada, New Sealand and Australia are much more egalitarian societies-hence more free/sports time, consequently they win much more medals per capita.

Today's artist is a Tokyo-based ambient musician and mastering engineer who creates chiming, shimmering soundscapes with acoustic instruments (including guitar, vibraphone, and piano) and laptop processing. His works often evoke scenes from nature, and appropriately include an abundant amount of field recordings and other organic sounds. Since the release of his well-received debut album, Minima Moralia, in 2006, he has been remarkably prolific as both a solo artist and collaborator, and his work has always maintained a consistently high quality..... N'joy

Chihei Hatakeyama is a musician and an organizer who was born in 1978, and lives in the outskirts of Tokyo. He has performed for years under his given name and also as one half of the electroacoustic duo Opitope, along with Tomoyoshi Date. Hatakeyama got involved in playing music through strumming a guitar in a few rock-oriented bands in his teenage years. Subsequently a laptop computer superseded his bands as his main platform. Hatakeyama polychromes memory-evoking soundscapes with various recorded materials of acoustic instruments such as guitars, vibraphone, and piano; mostly played by hand and processed time and time again via laptop. His first album Minima Moralia was commissioned for release by the Chicago-based label kranky in early 2006.

Hatakeyama originally began making music as part of various hardcore and metal bands, and his interests gradually drifted toward experimental rock and classical music. He formed a duo called Opitope in 2002 with Tomoyoshi Date. Kranky issued Hatakeyama's solo debut in 2006, and Opitope released their first full-length, Hau, on Spekk the following year. Hatakeyama's second solo album, Dedication, appeared on Magic Book Records in 2008. From 2009 on, his release schedule was relentless, with albums on Hibernate (The River), Room40 (Saunter, Mirror), Home Normal (A Long Journey), and numerous other ambient/experimental labels.

In 2010, he began releasing music digitally through his White Paddy Mountain label; gradually, the label began issuing CDs by other artists (such as Celer, Machinefabriek, and Aaron Martin), which were mixed and mastered by Hatakeyama himself. He continued to release albums on other labels, including Rural Colours, Small Fragments, and Airplane Label, in addition to collaborations with artists like Asuna, Hakobune, and Federico Durand. Hatakeyama released six albums in 2015 alone, including Frozen Silence (a collaboration with Sakana Hosomi), Mist, Five Dreams, and his third album for Lawrence English's Room40 label, Moon Light Reflecting Over Mountains. In 2017, he returned to Room40 with Mirage. Recorded over a five-year period, the album found Hatakeyama exploring the relationship between architecture and music.

Opitope is the ongoing collaboration project of Chihei Hatakeyama with Tomoyoshi Date. For this album they worked together with Asuna (Naoyuki Arashi). The trio’s ambient sound textures are created with acoustic and electric guitars, analog synthesizers, homemade instruments and (lots of) found sounds and field recordings. This means the sound is somewhat more complex compared to the meditative drones of Chihei’s solo work, but is definitely has the same “nostalgic, idyllic atmosphere.” 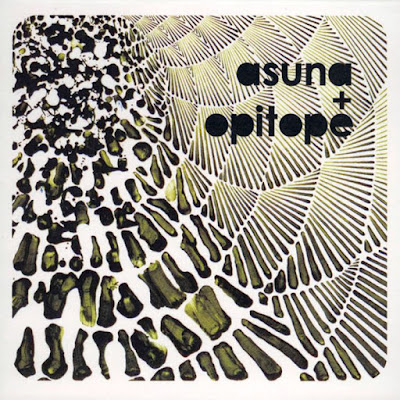 The incredibly industrious Chihei Hatakeyama cues up yet another sublime collection of introspective ambient electronics, having given us his previous effort (the no less delightful A Long Journey, on the Home Normal label) as recently as last week. Ghostly Garden combines new sound sources with older, recycled files that have appeared in prior releases, yet Hatakeyama's music retains its freshness, achieving that rare sense of stillness and depth that only the very best exponents of micro-drone come close to. First track, 'Shadows' is typically seductive, transmitting hypnotic flickers of warm tonality that don't really go anywhere in a narrative sense, yet fix your attention regardless. In addition to this Japanese composer's now customary hushed electroacoustics, this album features a strong showing of more luscious, effervescent material too, even approaching abrasion on the billowing 'Stone Wall Island' and the chaotic melange of field recordings that is 'Slight Trail', which offers up a rainbow of electroacoustic hues. Another fine addition to this man's rapidly swelling discography, and a release that's easy to recommend to all fans of Room40, 12k, Spekk and Home Normal, all of which, incidentally, are labels Hatakeyama has already contributed to - a fact that's a sure indicator of just how integral to this scene the Japanese artist has become 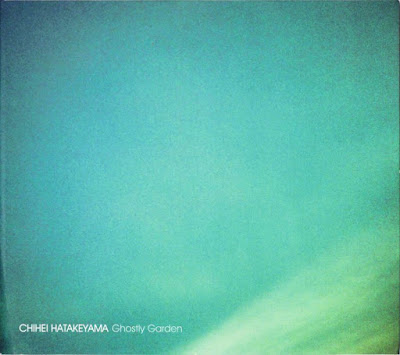 On Mirror, Chihei Hatakeyama draws on the earliest recorded period of Japan’s history in a form of meditation on the place of reflection, realized through sonic semiosis. During the Kofun era the mirror was seemingly revered for its ability to shift and reflect light from one location to another, an act endowed with a quasi-magical aura, and the reflective concept is picked up on thematically and methodologically by Hatakeyama.

His house style, established on 2006 debut, Minima Moralia and sustained through a series of quietly compelling releases through to last year’s Ghostly Garden, is one that privileges texture, to the point of shunning electronic sources for fragments of actual played guitars and vibes. But no purist, he, for, post-sourcing, this Tokyo tone-drone-crone’s organically-reared delicacies are easy meat – processing prey, bound for a laptop-mediated second life. It’s all done with Mirror: passages recorded then re-recorded in a variety of reverberant spaces to bring out the inner harmonic attributes of the sources, along with the subtle overtones and fluctuations afforded by the characteristics of location, the outcomes then laid out and stitched into tracks of minutes – 16, 10, 3 and 9 respectively, with three interludes of raw field recordings are folded into the main courses, as if palate-cleansers to the richer more heavily seasoned fare. Of instrument presence all that’s left of vibraphone, piano and guitar is a flickering rapture of metals and a drowning pool of chime and hum. Our first is in “Ferrum,” beatific washes of harmonic overtones peeling to reveal, ripples outfolding into waves, with interstitial trills and spills. The second in “Spilth,” more sombre, even ominous, with a clear space between low flow and aerial vapours, cleaving to a single chordal centre while a shifting cast of timbres runs through it, the ambiguous mood resolving toward something lighter late in the day. Then the deceptively placid “Renitency,” more abrasively sibilant, a throaty quality to its pitches at both ends, granular synthesis sweeps threading liquid tones with particulate pleasures. The closing “Alchemy” is a beauty – all silken streamers stretching skywards, ending ascending. The cloth-eared may say he flirts with the cloying but it’s clear to hear in Hatakeyama’s design a certain distinction from those of the new ambient drone clan who too readily pledge allegiance to the land of the twee. So, our man Chihei achieves a felicitous juxtaposition of analogue sound sources, digital processing and musicianly sensibility, imbuing Mirror, for all its floaty-drifty hyper-ethereality, with a certain satisfying loamy quality – a sonorous life less ordinary, both below and above.

Mirror can be seen as a further contribution to a now-discernible tradition in which Hatakeyama can be placed, along with a number of like-minded artists peddling a form of post-digital No-Age spiritualism wherein the aleatory/improvisational of post-ambient experimentalism colludes with a vague fluffy digital-mystical energy. 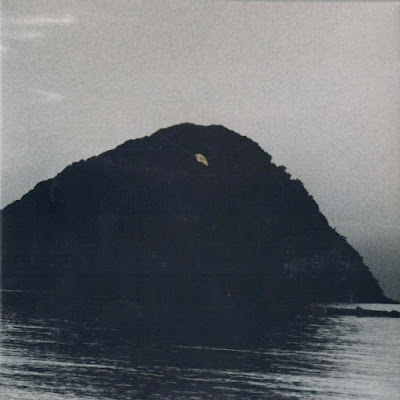 The basic distinction between Hatakeyama's works and others would be the guitarist’s fondness of his signature instrument in lieu of plethoric aureoles supercharged with synths. The guitar has always been there, but is as of late constantly recognizable in each and every track, serving as the solacing base frame of anagnorisis even in the most dreamlike states and paradisiac visions. Said states and visions, however, are augmented, amplified and extrapolated with the aid of filters, hues and alloying constituents which add chromodynamics to the amethystine peritoneums. Another big trademark is the amicability of the presented material: the compositions are never too warped and far out, always bound to a certain gravity even in aerial situations, making them earthbound and autochthonous at once. 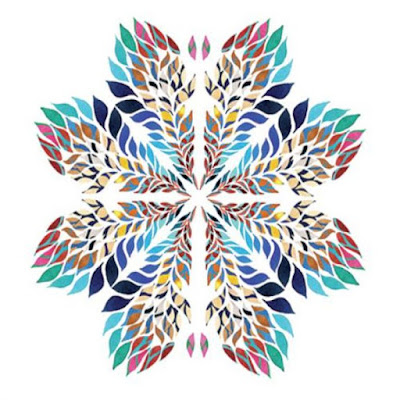 The Bull Head Emperor known as the Gozu-Tenno is a fearsome protector deity found in Japanese esoteric Buddhism. His chief features emphasize his nature as a deity associated with epidemic disease, a Japanese god of the plague, a devastating infectious disease that killed many throughout Europe during the middle ages.

Devastating, fearsome, esoteric, it’s these three words that summarize Chihei Hatakeyama’s latest album for Rural Colours. Drawing deeply on spiritual philosophies Chihei has created an album of vast depth, a depth that appears endless as layer upon layer of sounds are compiled into vast swelling and all together heart felt waves of sound. 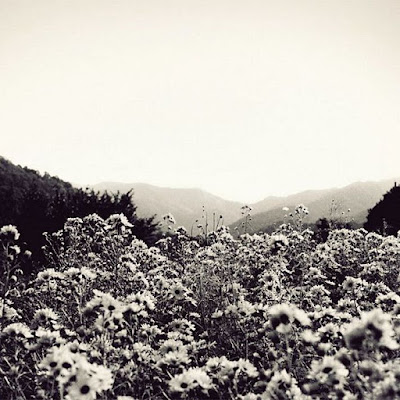 I am very much enjoying exploration of this artist. Thanks, as always, for the .ogg options! :)

rho, a chihei hatakeyama reup would be appreciated! thx!

I would love to see this reuploaded on April 2019 (a year after you reuploaded it).