The Sheffield, England-based Danse Society originated in Y?, a band that included bassist Bubble, drummer Paul Gilmartin, keyboardist Paul "Bee" Hampshire, guitarist Dave Patrick, and vocalist Steve Rawlings. After an appearance on the local scene's Bouquet of Steel compilation in 1980, they annexed two members of Lips-X (guitarist Paul Nash and keyboardist Lyndon Scarfe) and changed their name to Danse Crazy. Following a recording session and a few gigs -- including one at Leeds' Futurama festival with the likes of Public Image Limited, Joy Division, and Cabaret Voltaire -- Hampshire and Patrick left. By early 1981, the remaining members became the Danse Society.

The group made their recorded debut on IKF in July 1981 with the "Clock" single. Just prior to recording a Peel Session, they added bassist Tim Wright to the lineup. Their manager started the Pax label, which released the band's next single. A Pax EP and another Peel Session predated a defection to their own Society imprint for 1982's Seduction EP. Another single closed the year out, and by this point the Danse Society was earning the interest of several major labels. Arista won out, signing the band in early 1983.

1983 was The Danse Society’s year. Playing sold out tours and the success of “Seduction” won them a recording contract with Arista Records. Spending their advance on new equipment the band recorded an album’s worth of demos in one day at Greenhouse Studios, London in May 1983. The line-up for this session was Steve Rawlings (vocals), Paul Nash (guitar), Lyndon Scarfe (keyboards), Tim Wright (bass) and Paul Gilmartin (drums). Doom laden guitar riffs, swirling synthesizers, crushing drums, driving and disembodied vocals, characterize the distinctive Society sound. The Danse Society operate in a raw, atmospheric realm less campy than many of their Goth Rock peers, unconcerned with pop charts or commercial appeal.
In 1986, after releasing their final album as Danse Society International, Looking Through, all of the band members, except the lead singer Rawlings, left to form Johnny In The Clouds. Rawlings continued as Society and in 1987 released a single, “Saturn Girl”. After 1987, Rawlings continued to pursue his path in music with the electronic dance music act, Meridian Dream. In 2001, Anagram reissued the Seduction EP, adding numerous single tracks.

A campaign titled The Danse Society Reformation Plot was started on Facebook at the end of 2009 and succeeded in bringing most of the band back together. The reformed Danse Society, featuring new vocalist Maethelyiah from the group Blooding Mask, released their fourth studio album, Change of Skin, in July 2011. This was followed in November 2011 with the first single to be taken from the album, "God Cry". In April 2012 they released the second single from Change of Skin, "Vatican", backed with a reworking of their classic early song "Seduction". Their first live gig in 25 years was performed at Germany's Wave-Gotik-Treffen festival in May 2012, followed by selected festival dates and the addition of bassist Martin Roberts. An unreleased track called 'Towers' recorded at the end of 2010 with Steve Rawlings on vocals his one and only contribution to the reformation, The music of this track was then used for the title track of the album 'Change of Skin' with the new singer Maethelyiah who has subsequently fronted the band. Their fifth studio album, Scarey Tales, was released in February 2013. On 1 February 2014, Danse Society issued an official announcement that Gilmartin and Roberts had unexpectedly resigned from the band, resulting in the cancellation of a series of tour dates. Nash, Whitaker and Maethelyiah continued with Danse Society, joined by new bassist Lee Jones and drummer Iain Hunter. David Whitaker was replaced by Sam Bollands in late 2014, with Jack Cooper replacing Lee Jones. On 9 December 2014 the single 'If I Were Jesus/Sound of Silence' was released followed by the sixth studio album On 25 September 2015 called 'VI'

Seduction: The Society Collection (not to be confused with its 1982 Seduction release) concentrates on its early-'80s recordings for the Society label. These, keyboardist Lyndon Scarfe intimates his liner notes, were their best and most indie-oriented. It's not as rich in texture and other qualities as the most renowned goth of the era, and not as tuneless as the worst of it; it's somewhere in between. The group could have used more melody and diversity to more effectively convey its messages of angst and scarred modern landscapes -- an observation, true, that could apply to many acts working this territory. Some imaginative synthesizer lines and a few just-about-danceable beats are of some worth. But it's too droning and unvariegated to make a significant mark, and hard to distinguish from much other post-punk murk since the early '80s that has leaned on similar attributes. Big things were expected after Arista won an early-'80s bidding war for this U.K. quintet, but this outing was as far as they got. Heavy on gloomy atmosphere, thanks to the somber vocals of Steve Rawlings, but short on memorable songs, Heaven Is Waiting failed to deliver on the promise Danse Society displayed early in their career. However, the album isn't without interest. Augmented by Lyndon Scarfe's keyboard work, the group gave their brand of goth rock a high-tech makeover that was unusual in their day, and is still appealing in small doses. The powerful title track became one of the definitive goth dance anthems of the '80s, alongside similar cuts like Bauhaus' "Kick in the Eye" and Sisters of Mercy's "This Corrosion." Built on a bed of ominously ticking sequencers that spiral into an abrasive, memorable chorus, it's the group's career highlight. Nothing else here is as good, although "Red Light (Shine)" and "Angel" mine the same fertile territory with some success. But the cover of the Stones' "2000 Light Years From Home" never quite takes off, and by side two there's more dark style on display than actual songs. The album is worth seeking out for the handful of choice tracks, although a definitive greatest-hits collection would presumably make that unnecessary. (Note to collectors: the British version of the album contains four bonus tracks.) 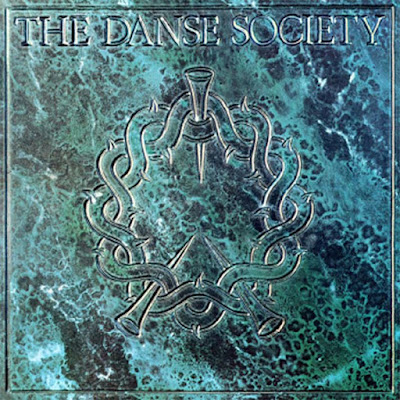 The last album before their disbanding (until their rebanding) is rather a disappointing release. It was during its time and it still is. Not that it'd be offensively bad, but there just isn't all that much to it to really write home about. The album just sort of goes by and exists and you kind of just forget about it after listening. But its pleasant merit it does hold, even if ever so minimal and brief. It was the band's final giving up to the attempt to become commercial-friendly, which did not happen. Yet what have we here a version embellished by tracks from 3 12"'s released at the time. As for sound quality., so detrimental on the Cherry Red re-release, here it is fine. 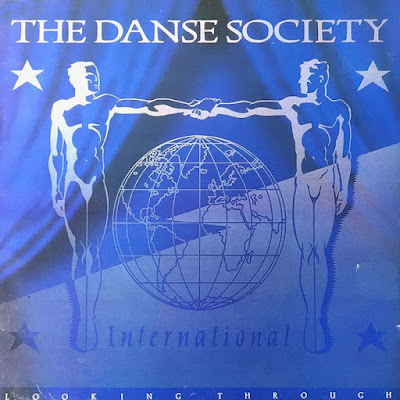 Thanks for all your efforts. Much appreciated.

Please reupload Heaven Is Waiting album. Many thanks!

Thanks a lot for the reupload!