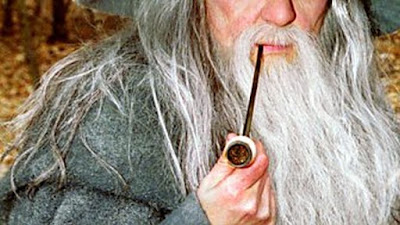 Hordes of the Things is a 1980 BBC radio comedy series parodying J. R. R. Tolkien's The Lord of the Rings and to a greater extent the fantasy genre in general, in a style similar to The Hitchhiker's Guide to the Galaxy. It was written by "A. P. R. Marshall and J. H. W. Lloyd" (Andrew Marshall and John Lloyd) and produced by Geoffrey Perkins. It is unrelated to the game of the same name.

The plot concerns the threat to the small kingdom of Albion by "The Evil One" (a Dark Lord) and her ravening hordes, which have completely surrounded the country and are preparing to move in. Since Albion is an ancient name for Britain or England, the contemporary audience could choose to find references in this to their concerns about the new female Prime Minister, Margaret Thatcher, the European Common Market, the labour or trade union movement, or feminism. That The Evil One is female is barely mentioned as the story runs – she is off-stage. 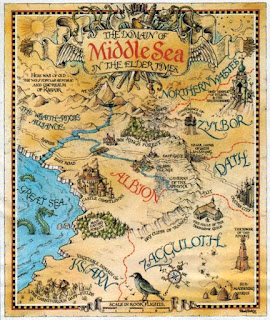 Prince Veganin has raised a mighty army to defend Albion, only to see them all call in sick; his father King Yulfric thinks he is exaggerating the danger, and suggests that allowances should be made for foreign customs (like human sacrifice). In any case, Yulfric is too busy changing clothes with a commoner to have any time for affairs of state – the commoner in question being the woodcutter's daughter.

The great wizard Radox recruits the young hero Agar to find the mighty horn Summontrumpet which can call forth the six heroes of legend. To Agar's chagrin, Radox sends him a companion in the shape of the gluttonous dwarf Golin Longshanks, who is under the delusion that Radox's programme of height exercises has turned him into a giant.

Radox himself attends the Great Conference of All Wizards, but most of the wizards are too busy with the food and entertainment to bother with the heavy stuff about destroying evil.

Meanwhile, Veganin has set off on his own quest to slay the leaders of the evil hordes, beginning with the High Bishop of Zylbor, whose priests baptise people by holding their heads under water until they stop struggling. What Veganin doesn't realise, until it is seemingly too late, is that the Bishop's gaze will turn anything it falls upon to ashes.

Agar and Golin finally wrest Summontrumpet from the clutches of the Dread Sphynx, which has the body of a snake, the head of a snake, and the feet of a snake, and arrive upon the plains of Albion as the Seven Armies of Hell begin their invasion. The only thing that could possibly go wrong would be if the wrong person should sound the horn by mistake....

There are other minor characters named after brands of bath products: Badedas the Blue, and Matey the White.