Today's artists with their slinky, horn-powered grooves, impeccable musicianship, and eye-popping album covers, the Ohio Players were among the top funk bands of the mid-'70s. .  ... N'joy

Emerging from the musical hotbed of Dayton in 1959, the group was originally dubbed the Ohio Untouchables, and initially comprised singer/guitarist Robert Ward, bassist Marshall "Rock" Jones, saxophonist/guitarist Clarence "Satch" Satchell, drummer Cornelius Johnson, and trumpeter/trombonist Ralph "Pee Wee" Middlebrooks. In late 1961, a relative of Ward's founded the Detroit-based Lupine Records, and the group traveled north to the Motor City to back the Falcons on their hit "I Found a Love"; the Ohio Untouchables soon made their headlining debut with "Love Is Amazing,". Ward had proved to be an unreliable leader, who would sometimes, during gigs, walk off the stage, forcing the group to stop playing. Eventually, the group vowed to keep playing even after he left. Ward and Jones got into a fistfight in 1964, after which the group broke up.

At that point, the nucleus of Middlebrooks, Jones, and newly added guitarist Leroy "Sugarfoot" Bonner returned to Dayton; there they recruited saxophonist Andrew Noland and drummer Gary Webster, the latter a somewhat elusive figure whose true involvement in the group's convoluted history has never been definitively answered -- some sources credit him as a founding Untouchable, others even as the band's early leader. In any case, by 1967, with the subsequent addition of singers Bobby Lee Fears and Dutch Robinson, the newly rechristened Ohio Players were signed as the house band for the New York-based Compass Records, backing singer Helena Ferguson on her lone hit, "Where Is the Party," before issuing their solo debut, "Trespassin'," which hit the R&B charts in early 1968.

Although the Players' trademark bottom-heavy, horn-driven sound was already blossoming, their follow-up, "It's a Cryin' Shame," flopped, and as Compass teetered on the brink of bankruptcy they exited the label. (Their early Compass sides were later packaged as First Impressions.) the Players then landed on Capitol, where 1969's "Here Today, Gone Tomorrow" was a minor hit; an LP, Observations in Time, soon followed, with covers of "Summertime" and "Over the Rainbow" offering a strong hint of the stylistic detours to follow. In 1970 the group disbanded, however; Fears and Robinson both mounted solo careers, while the remaining members again decamped to Dayton, eventually re-forming with keyboardist, vocalist, and songwriter Walter "Junie" Morrison, trumpeter Bruce Napier, and trombonist Marvin Pierce.

Influenced by the groundbreaking funk of Sly & the Family Stone -- and with the nasal, cartoon-voiced Bonner assuming vocal duties -- the new Ohio Players lineup made their debut with the single "Pain," issued on the small local label Rubber Town Sounds; it was soon picked up for distribution by the Detroit-based Westbound label, reaching the R&B Top 40 in late 1971. An LP, also titled Pain, appeared that same year, and was followed in 1972 by Pleasure, which launched the absurdist smash "Funky Worm." Ecstacy appeared in 1973, and after 1974's Climax, the Players signed to Mercury; the label change also heralded yet more lineup changes, with keyboardist Billy Beck replacing Morrison (who later signed on with Parliament) and drummer Jimmy "Diamond" Williams taking over for Webster.

At Mercury, the Ohio Players enjoyed their greatest success; not only did their sound coalesce, but they became notorious for their sexually provocative LP covers, a tradition begun during their Westbound tenure. Their 1974 Mercury debut, Skin Tight, was their first unequivocal classic, launching the hit title track as well as "Jive Turkey." Its follow-up, Fire, remains the Players' masterpiece, topping the pop charts on the strength of its bone-rattling title cut, itself a number one hit; "I Want to Be Free," one of the band's few attempts at social commentary, was also highly successful. 1975's Honey -- which featured perhaps the Players' most controversial and erotic cover to date -- was another monster, generating the chart-topping masterpiece "Love Rollercoaster" in addition to the hits "Sweet Sticky Thing" and "Fopp."

The insistent "Who'd She Coo?" from 1976's Contradiction, was the Players' last number one R&B hit; "O-H-I-O," from 1977's Angel, was their last major hit on any chart, and as the '70s drew to a close, the band's fortunes continued to decline. 1979's Jass-Ay-Lay-Dee was their final Mercury effort, and upon signing to Arista, the Players returned with Everybody Up, followed by a pair of dismal releases on Boardwalk, 1981's Tenderness and 1982's Ouch! After 1984's Graduation, four years passed prior to the release of their next effort, Back. No new material was forthcoming, although various lineups continued performing live well into the following decades. Despite the deaths of core members Satchell (December 1995), Middlebrooks (November 1997), Ward (December 2008), Johnson (February 2009), and Bonner (January 2013), the band continued to sporadically record and extensively tour. On August 17, 2013, The Ohio Players were inducted into the inaugural class of the Official R&B Music Hall of Fame that took place at Cleveland State University in Cleveland, Ohio.

Creatively, commercially, and conceptually, Pain was a major step forward for the Ohio Players. This 1971 album was quite a departure from their previous work -- in the late-'60s, the Midwesterners' forte had been raw, hard-edged Southern-style soul along the lines of Sam & Dave, Rufus Thomas, and Wilson Picket. But with Pain, they became a lot more experimental and unveiled an interesting, distinctive brand of funk that incorporated elements of jazz and blues as well as rock. The jazz influence is especially strong on "Never Had a Dream," "Singing in the Morning," and the hit title song, while "The Reds" is a progressive blues number that draws on jazz as well as psychedelic rock. It was with Pain, the Players' first album for Westbound, that they unveiled their goofy Granny character, which the funksters continued to have fun with on their subsequent Westbound releases but discontinued when they moved to Mercury with 1974's Skin Tight. And it was with Pain that they became famous (some would say infamous) for their erotic LP covers. Employing S&M/bondage imagery, Pain's front cover was considered shocking in 1971. Although the Velvet Underground had written songs about S&M, and the British spy thriller The Avengers frequently hinted at kinky sex -- Diana Rigg's Emma Peel character often dressed like a dominatrix -- S&M and fetishism were very taboo subjects for Middle America in 1971. And not surprisingly, some retailers refused to carry Pain. But the album, although not huge, was a decent seller. With Pain, the Ohio Players' Westbound period was off to an impressive and creative start. 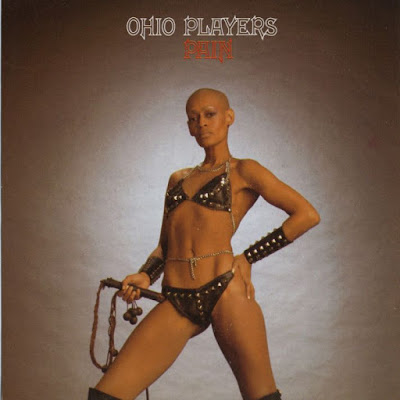 When the Ohio Players recorded their second Westbound album, Pleasure, in 1972, they weren't as big as they would be from 1974-1976. But their popularity was growing -- slowly but surely -- and those who were hip to the band recognized it as one of the most cutting-edge acts in the funk field. A lot of bands were providing funk in 1972, but not many of them used jazz progressions as creatively as the Players use them on "Laid It," "Walked Away From You," and Pleasure's title song. Those tracks are gems, and the Players are equally captivating on the sweet soul ballad "Varee Is Love." But the best known tune on the album is the goofy "Funky Worm," which employed the Players' amusing Granny character and was, in 1972, their biggest hit to date. Long after the band's popularity faded, "Funky Worm" would live on in the 1980s and 1990s thanks to the various hip-hoppers who sampled its irresistible bassline. Like Pain in 1971, Pleasure had a kinky cover that generated some controversy -- the same bald woman who brandished a bullwhip and wore dominatrix attire on the front cover of Pain was chained up on the cover of Pleasure. Some folks found the Players' kinky LP covers intriguing, while others were shocked and offended. And the Players, having struggled in the 1960s, were happy to be noticed. But ultimately, it is the quality of the music -- not the bondage-minded cover -- that makes Pleasure a funk classic. 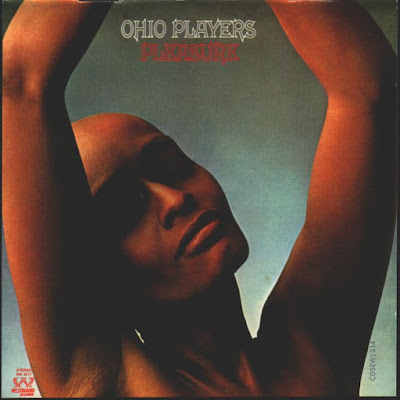 Throughout the 1970s, the Ohio Players were famous (or infamous) for their erotic album covers. But there are major differences between the covers of Mercury albums like Skin Tight, Fire, Honey, and Contradiction and the covers of such Westbound releases as Pleasure and Pain. At Mercury, the Players' album covers favored softcore erotica à la Playboy or Penthouse, whereas the covers of their Westbound LPs were more bizarre and offered kinky bondage/S&M imagery. Those covers came under attack from different parts of the political spectrum; some of the more radical feminists accused the Players of objectifying women, while Republicans and Christian fundamentalists accused them of promoting moral decline. And the Players were laughing all the way to the bank -- at least from 1974 on. When their third Westbound album, Ecstasy, came out in 1973, they were still a year away from signing with Mercury and becoming really huge. But they did have a small cult following, which found that Ecstasy fell short of the excellence of Pain and Pleasure. Nonetheless, the material is respectable and generally decent. Serious Players fans will find sweaty funk items like "Spinning," "Black Cat," and the title song to be enjoyable even though they aren't among the band's essential recordings. While Ecstasy isn't recommended to casual listeners, it isn't a bad album to have in your collection if you fancy yourself a hardcore Players addict. 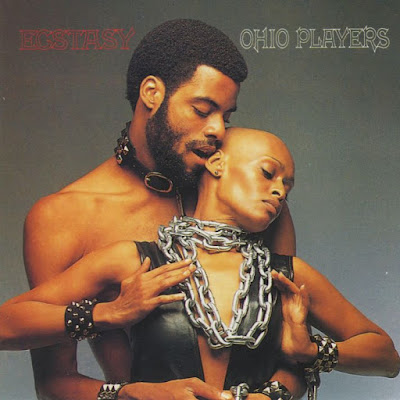 Skin Tight was a major turning point for the Ohio Players, who had enjoyed several hits on black radio (including "Pain," "Funky Worm," "Varee Is Love," and "I Wanna Hear From You") but hadn't been huge. Switching from Westbound to Mercury, the Dayton funksters became exactly that -- huge -- and went from enjoying a cult following to being one of the most celebrated funk bands of the 1970s. With Skin Tight, the band's erotic album covers went from employing bizarre S&M/bondage imagery to being more Playboy-ish, and its music became less abstract (but remained quite risk-taking and unpredictable). The title song and "Jive Turkey" are down and dirty funk classics, and the jazz-influenced "Heaven Must Be Like This" illustrates the fact that the Players could also be captivatingly romantic. The first in a series of platinum sellers. 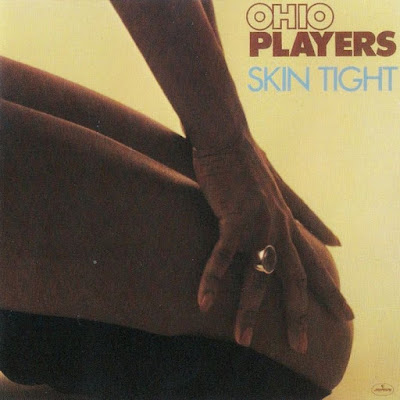