Hello, today the 198th post of Goldy Rhox, classic pop rock. Todays artist in the blacklight is a contemporary jazz-rock American music group, active throughout the later part of the 20th century and still into the 21st. They are well known for their music throughout the late 1960s to early 1970s, and they are noted as well for their combination of brass and rock band instrumentation. Al Kooper, Jim Fielder, Fred Lipsius, Randy Brecker, Jerry Weiss, Dick Halligan, Steve Katz and Bobby Colomby formed the original band. The group recorded songs by rock/folk songwriters such as Laura Nyro, James Taylor, The Band, the Rolling Stones, as well as Billie Holiday and Erik Satie. They also incorporated music from Thelonious Monk and Sergei Prokofiev into their arrangements.

They were originally formed in 1967 in New York City. Since their beginnings, the band has gone through numerous iterations with varying personnel and has encompassed a multitude of musical styles. What the band is most known for, from its start, is the fusing of rock, blues, pop music, horn arrangements and jazz improvisation into a hybrid that came to be known as "jazz-rock". Unlike "jazz fusion" bands, which tend toward virtuostic displays of instrumental facility and some experimentation with electric instruments, the songs of today's mystery band merged the stylings of rock, pop and R&B/soul music with big band, while also adding elements of 20th Century Classical and small combo jazz traditions. 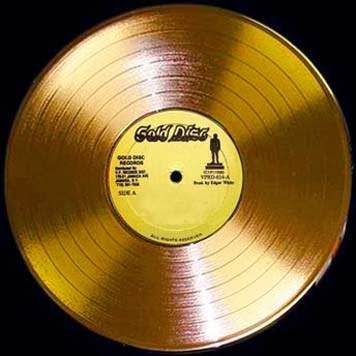 Today's mystery album released December 11, 1968 is the group's self-titled second album, was produced by James William Guercio and released in late 1968. The album was much more pop-oriented, featuring decidedly fewer compositions from within the band. The record quickly hit the top of the charts, winning Album of the Year at the Grammy Awards over The Beatles' Abbey Road, among other nominees. The mystery album was among the very first 16-track recordings released to the public, it spawned three major hit singles: a cover of Berry Gordy and Brenda Holloway's "You've Made Me So Very Happy", Clayton-Thomas' "Spinning Wheel", and a version of Laura Nyro's "And When I Die." All three singles reached #2 on Billboard Magazine 's Hot 100 chart. The commercial and critical acclaim enjoyed by the band in 1969 culminated in an appearance at the Woodstock Festival, in which the band enjoyed headliner status. The Woodstock Movie camera crew even caught the band's opening number, "More and More", as they took to the stage. But the band's manager at the time, Bennett Glotzer, ordered the movie crew to turn off the cameras and leave the stage since the band had not agreed nor been paid to be filmed.

Today's mystery album was a huge commercial success, rising to the top of the U.S. charts for a collective seven weeks and yielding three successive Top 5 singles. It received a Grammy Award for Album of the Year in 1970 and has been certified quadruple platinum by the RIAA with sales of more than four million units in the U.S.  The Audiofile remaster is here for you to...N'Joy