Hello, well some shocking news today Angeline Jolie did away with her titties, have to admit here that I wasn't that much of an admirer in the beginning but these last years she has impressed me. On the surface this maybe not such a mega thing for her, as half of California has plastic surgery, but with writing an open letter about her breast cancer disease that hits so many anonymous women (globally 500,000 deaths every year) she put the disease firmly in the spotlight. Have seen several women on tv today relating about their ordeals, specially those where it's a family thing with mother having died young (and often in a traumatic and agonizng way), yet another of those genetic defects we humans are infested with (Natural evolution ? Don't think so). Anyway, Angeline is a great and courageous woman, beautiful inside and out .

Meanwhile Aetix continues with females in the lead, today a shortlived yet 'Goldy Rhox' duo and a singles collection by the female half who pursued a successfull career by herself and as it happens Alison released a new album last week....N'Joy

Yazoo was formed in late 1981 by Vince Clarke and Alison Moyet in Basildon, Essex, England. Clarke, previously the main songwriter and keyboard player for Depeche Mode, also came from Basildon. At that point, he had recorded one album and three singles for Mute Records, including the hits "New Life" and "Just Can't Get Enough". The name 'Yazoo', according to Moyet, came from the labels of old blues albums: Yazoo Records. Yazoo was signed to Mute Records in the United Kingdom and to Sire Records in the United States. Yazoo's initial foray into the US was disastrous, after they received a £3.5 million lawsuit threat over the band's name. Yazoo was renamed Yaz for the US market because the name was already in use by a small American rock band.

Yazoo's debut single "Only You", backed with "Situation", was released on 15 March 1982 and rose to number two in the UK. Yazoo's next single, "Don't Go", was released on 3 July 1982 and hit number three. The video for it became popular on MTV in the United States. They continued their successful streak with their first album, Upstairs at Eric's, which went platinum in Britain. The band received favourable reviews for their pioneering sound. Clarke and Moyet toured briefly, while releasing a stop-gap single, "The Other Side of Love".

The duo's second (and final) album, You and Me Both, yielded more success, hitting the top of the UK charts and featuring the hit single "Nobody's Diary". Commercial success in the US was initially not as strong. Both "Situation" and "Only You" were released as singles, peaking at No. 73 and No. 67 respectively. Despite the modest chart success of those singles and of Upstairs at Eric's (which reached No. 92 on the album chart), by 1989 (seven years after its release), word of mouth helped to push the album to platinum status for sales of over one million copies.

Shortly before the release of You and Me Both, Clarke and Moyet announced they were going to go their separate ways. Moyet would go on to launch a solo career immediately after Yazoo's split (scoring a major hit with her solo debut, 1984's Alf, which topped the charts and spawned several hit singles), while Clarke would go on to form another synth-based outfit, Erasure, with singer Andy Bell. The comprehensive box set In Your Room appeared in 2008 and was supported by a reunion tour that visited the U.K., Europe, and North America. Recordings from the tour were released in 2010 on Reconnected Live. 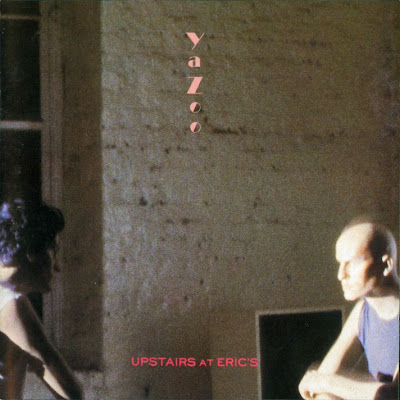 You and Me Both is the second and final album released by British synthpop duo Yazoo in 1983. As was their debut, the record was produced by Yazoo members Vince Clarke and Alison Moyet along with E.C. Radcliffe. Upon its release You and Me Both received positive reviews from music critics who noted that the album showed strong progression in songwriting and production from both Moyet and Clarke from their debut. The album peaked at #1 in the UK and #69 in the US. The duo, however, announced their split on the eve of the album's UK release. Moyet would soon begin a successful solo career and Clarke eventually formed the synthpop duo Erasure.

Moyet would later re-record "Ode to Boy" for her 1994 album Essex in a more acoustic style, which she explained was more consistent with how she envisioned the song should have sounded when she originally wrote it. Perhaps a more consistent collection overall than the first album, this one demonstrates that the duo was anything but played out. While both have gone on to successful careers, you can't help regretting that this was the end of Yaz. 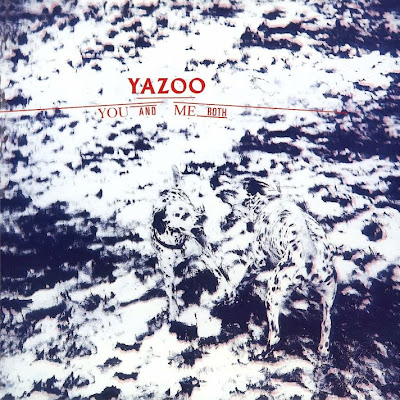 Alison Moyet, a British pop singer with a remarkably bluesy voice, began her professional career with synth pop duo Yazoo (Yaz in the U.S.) in the early '80s. In 1983, Moyet began a solo career, releasing her debut album, Alf, the following year. Alf was a major success in Britain, hitting number one on the charts and launching the hit singles "Invisible," "All Cried Out," and "Love Resurrection"; it was a minor hit in the U.S., with "Invisible" cracking the Top 40. During 1985, Moyet toured with a jazz band led by John Altman; the group recorded a version of Billie Holiday's "That Ole Devil Called Love," which became her biggest British hit, even though the group received poor reviews.

In 1986, Moyet had another major U.K. hit with "Is This Love?," which was released while she was recording her second solo album. Raindancing appeared in 1987 and it was another big British hit, peaking at number two and featuring the Top Ten hits "Weak in the Presence of Beauty" and "Love Letters." The record wasn't quite as successful in the U.S., peaking at number 94. In 1991, she released her third album, Hoodoo, which was her most musically ambitious collection to date. However, it didn't match the commercial success of her previous albums, failing to chart in America. Essex, her fourth album, appeared in 1994 and she released a greatest-hits collection, Singles, the following year. After a near-nine-year layoff, she returned with Hometime produced by the production team the Insects. Two years later and filled with standards, Voice arrived. In 2005, the album was reissued in America with her version of "Alfie" as a bonus track. After signing with the W14 Music label in late 2006, Moyet released The Turn in October 2007.

The Minutes (stylised as the minutes) is the eighth studio album by English singer-songwriter Alison Moyet, released on 3 May 2013 by Cooking Vinyl. It is the first album of new material released since 2007's The Turn, and a marked return to her electronic roots. The album debuted at number five on the UK Albums Chart, Moyet's highest placing for a studio album in over 25 years.

Alison Moyet had over a decade of international success behind her, first with Vince Clarke in Yaz and then solo, and her Singles set served as a timely retrospective upon its 1995 release. The selection of tracks is balanced evenly and arranged chronologically (save for the inclusion of the unreleased cover of "The First Time Ever I Saw Your Face" that kicks things off), opening with three Yaz cuts, including the classic "Only You" and the dramatic "Winter Kills." Numbering among the highlights of this strong compilation are the gorgeous blue-eyed soul of "Invisible" (her biggest U.S. hit), the buoyant "Is This Love?," and the aching "This House." Singles deftly mixes originals and covers (Moyet's canny take on Jules Shear's "Whispering Your Name" is another standout), and the four unreleased tracks will delight fans. With most of her hits present, this serves as a definitive and nearly flawless gathering of the best of Moyet's classy catalog. 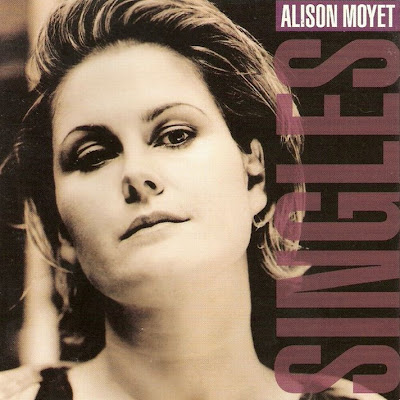 you and me is missing. is that a sentence?

The link to the flac of You & Me Both does not work...can it be repaired? Thanks.

Hello, or should it be ooops ! I forgot to enter the link, well it's remedied now.

Hello Rho,
Any chance of a re-Yazoo, please? Thanks dude!