Hello, I'm away currently so these past days have been on scheduling. Yes I do my best to keep your hungry ears fed.

Meanwhile Aetix continues with females in the lead today we have a group of office clerks who were fed up with Japanese formality and gender rolls- these girls were young and wanted to have fun.... N'joy

The Japanese trio Shonen Knife has made major fans out of alt-rock's elite (Sonic Youth, Nirvana, and Redd Kross, among others) and built a solid, worldwide cult following with their Ramones meets the Beatles brand of sticky sweet punk-pop.

Shonen Knife was formed in December 1981 in Osaka, Japan with sisters guitarist-vocalist Naoko Yamano and drummer Atsuko Yamano and their friend bassist Michie Nakatani. Naoko sang lead and played guitar, Nakatani was also a lead singer and played bass and keyboards, and Atsuko sang backing vocals, played drums and designed their stage outfits.[6] The group was something of an anomaly when they started, as they were coming in at a time where all-female bands were quite scarce. Influenced by 1970s punk rock and new wave bands such as The Ramones and Buzzcocks while ignoring the then-rising, early J-pop movement, the trio began crafting energetic rock songs rooted in rough instrumentation and do-it-yourself ethos. However, unlike traditional rebellious punk rockers, the trio emphasized positivity using catchy, upbeat melodies and frivolous, carefree lyrics that often touched on sweets and animals. The group eventually came to describe their music as, "oo-oo-ultra-eccentric-super-cult-punk-pop-band-shonen-knife!

The group began issuing albums in their native land, including 1982's cassette-only release Minna Tanoshiku (English translation: Everybody Happy?), 1983's Burning Farm, 1984's Yama No Attchan, and 1986's Pretty Little Baka Guy (the latter of which was reissued with extra tracks four years later, under the title Pretty Little Baka Guy/Live in Japan). Although their records were only available in the U.S. via import, Shonen Knife struck a chord with the underground with a track of theirs appearing on the Sub Pop 100 compilation in 1986. Also, in 1989, a variety of alternative bands recorded renditions of their favorite Shonen Knife songs for the tribute album Every Band Has a Shonen Knife Who Loves Them.

1990 saw the first Shonen Knife release to be issued outside of Japan, a self-titled compilation that featured the entire Burning Farm and Yama No Attchan albums, as well as three tracks that were only previously available on the obscure Japanese comp Aura Music. Shortly thereafter, the group began touring America on a somewhat regular basis, supporting their 1991 release 712 with some dates opening for Nirvana just prior to the runaway success of Cobain and co.'s now-classic Nevermind album. With Shonen Knife now the hip band to name drop, the group signed their first major U.S. recording contract with Capitol, resulting in the release of one of their finest (and best-known) albums, 1992's Let's Knife. A year later, the group switched to the Virgin label, issuing Rock Animals, which would spawn a semi-popular MTV video with "Tomato Head" (even landing a spot on the station's popular animated series Beavis & Butthead).

1994 saw the trio perform as part of the traveling alternative rock festival Lollapalooza and contribute a cover of "Top of the World" to the Carpenters tribute album If I Were a Carpenter, while Virgin issued an 18-track collection of rare tracks, Birds & the B-Sides, in 1996. Although they were able to greatly expand their U.S. fan base, the group never obtained the breakthrough success that was expected by many, resulting in Shonen Knife returning to the independents and issuing such further releases as 1997's Brand New Knife, 1998's Happy Hour, and the 2000 Japan-only release Strawberry Sound (which featured the band's revamped lineup of Atsuko Yamano on bass and Mana Nishiura, who joined Shonen Knife after Nakatani left in 1999, on drums).

Vocalist Naoko Yamano was the only original member for the mid to late 2000s, but even after twenty-plus years, and difficulties maintaining a constistent line-up, the band showed no signs of slowing. In 2005, Oglio reissued the band's first four albums, and the band released Genki Shock in Japan; late that year, Nishiura was killed in a New Jersey traffic accident while touring with DMBQ. Both Shonen Knife and DMBQ performed at a tribute concert for Nishiura that was held in Kyoto in spring 2006, shortly before the U.S. release of Genki Shock. Shonen Knife continued on with drummer Etsuko Nakanishi, releasing a live album and another full-length titled Super Group in 2009. A few months after completing 2010's Free Time, drummer Nakanishi parted ways with the band, to be replaced by Emi Morimoto.

In 2011, Shonen Knife celebrated their 30th anniversary and released Osaka Ramones - Tribute to The Ramones, the album was recorded between Osaka, Japan and Buffalo, NY and co-produced by Robby Takac of the American rock band The Goo Goo Dolls. The release was followed by a world tour. In June 2012, the band released Pop Tune, followed by a U.S. tour.

Shonen Knife's first album, 1983's Burning Farm, has all the things the band became (slightly) famous for, well, the things that endeared them to indie rockers, anyway, like cuteness and catchy tunes. While they can barely play their instruments and the vocals are amateurish at best, they play and sing with an unbridled joy that gives the record all kinds of charm. They sound like schoolgirls playing early Beatles songs filtered through the Ramones, Blondieand the Rezillos. Only with no pesky technical proficiency to get in the way. The lyrical concerns are truly their own, too, with songs about parrots, elephants, Barbie and cleaning products sung mostly in Japanese. It would be easy to go too far and call them the Japanese Shags and wink at their cuteness, but if you forget the image and just listen to the music, they are so much more interesting than that. Very influential also to bands like Redd Kross and Nirvana, as well as the whole American indie pop scene of the late '80s and early '90s. Many of these songs ("Twist Barbie," "Tortoise Brand Pot Cleaner's Theme," "Burning Farm," and "Watchin' Girl") were re-done for 1993's Let's Knife in inferior, cleaned up versions. If you have that album you need to check this one out to hear the Knife in their early, more exciting stage. 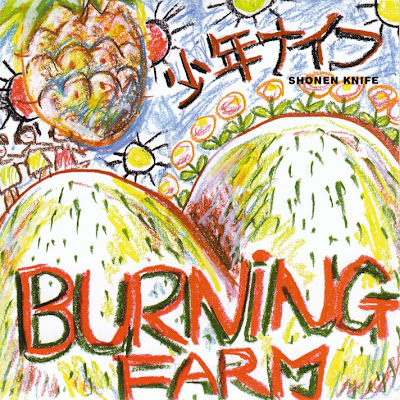 This is not a regular greatests infact it's a 1995 compilation done for the Japanese market where the girls show off their talents with several live tracks, remixes and them singing in english...go girls go.. 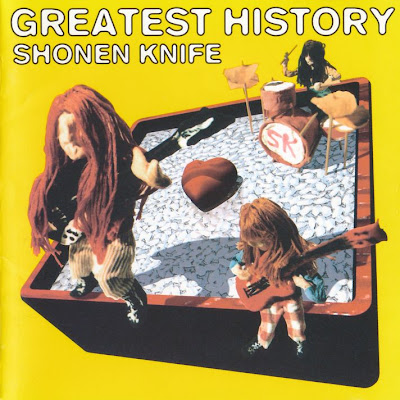 John Peel had picked up on the Japanese female rock trio as early as 1987, no surprise then when they toured the UK they were called in for a session-twice. 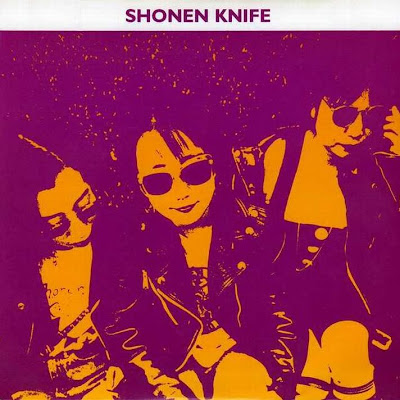 Let's Knife is a 1992 album recorded and released by the Japanese rock trio Shonen Knife, the group's first major-label release in the United States. It consists mostly of re-recordings of earlier songs, done in a more technologically advanced studio. Most releases included two new songs, "I Am A Cat" and "Black Bass", while the US release included two additional new songs, "Get The Wow" and "Milky Way". 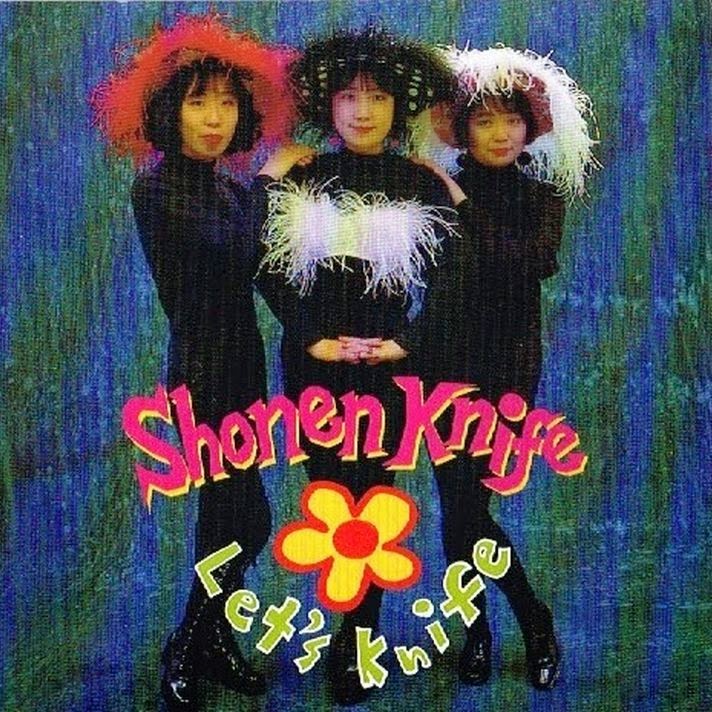 Could you please reactivate the Links?
Thank You.

this is a really good post i've been searching a lot of blog,most of them are dead links..thank you so much.do you have another album collection to share ?

Could you please reactivate the Links?
Thank You.

Any chance you're able to re-up these great albums?