Hello, as X'mas once more closes in on the weakhearted as the world is bombarded with mindnumbing Xmas songs and superficial do gooders not to mention all those tedious yearlists, (i've seen some bullshit in those). Anyway "Imagine" away, whilst the sociopaths play the game last man standing. You might think I'm a pessimist, I'm not more a cynical optimist that one day the people will awake from their amnesiac sleep, after all this really still is an amazing planet.

As announced lot's of John Foxx this month, expect more biography coming at Aetix.. Foxx has proved a masterful alchemist of minimalism, delicacy and evocation. He may be the quiet man, a ghost in the shadows, but when he steps out, he is Luminous... few can be described as quite so visionary.

John Foxx is a master of ambience and tone-poetry, like some kind of audio alchemist, he brews electronic atmospheres, ambient washes and meaningful riffs that long ago put him on a par with the likes of Brian Eno. This was so ably demonstrated with the sublime "Cathedral Oceans" series and the collabaoration with Harold Budd - within this framework, "My Lost City" is no exception.

Merging the borders of electronica and ambience, Foxx paints a picture of that lost time before the re-development of London's East end, his passion for places and his sensitivity to everything around him act as sonic brushstrokes providing detail over simplistic and minimal ambient backdrops - his trademark use of dense and extended reverberation comes to the fore here, showing the pathways that would ultimately lead to the "Cathedral Oceans" albums.


This album represents a meeting of two musicians who each work at the boundaries of their respective fields. Budd and Foxx have long been engaged by each others work, and eventually recorded together in the Autumn of 1996. These two CDs, "Translucence" and "Drift Music", are the record of those sessions.

Well, there's a safer alternative for the chronically sleep deprived, thanks to the ambient duo of John Foxx and Harold Budd. Play Translucence or Drift Music at bedtime and you won't be awake for long. Translucence is heavy on minimalist piano melodies - processed, echoed, reverbed, and chorused to the max. Drift Music is all washes of serene synthesizer chords.

What Foxx and Budd have crafted here is a true epic of ambience. Two cd's run the gamut through this genre. There are four types of songs found on this collection - the airy landscape, the sweet memory, the underwater themes, and the dark themes. They are all wonderfully done 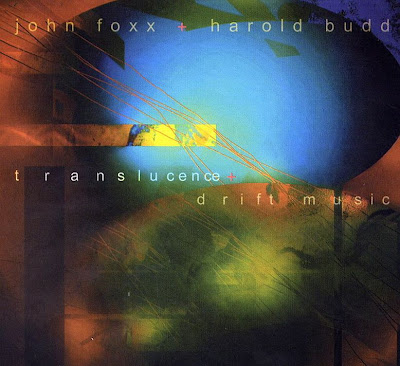 Begun as a collaboration between John Foxx and Steve Jansen (Japan), the original recordings for this album reportedly gathered a little dust while Foxx worked on other projects, and it was Steve D’Agostino who reworked and completed the album. Though it’s the work of three people, this is sparse, quiet music. Jansen played gongs, Foxx played piano, D’Agostino added some electronics. It’s ambient music, sometimes leaning a little closer to the isolationist end of the ambient spectrum , but if it’s not as effortlessly pretty as a Harold Budd album, it’s never as harsh as the more extreme isolationist artists.

Foxx’s piano is reminiscent of both Erik Satie and Harold Budd, but it’s only one part of the mix, often not there at all. Instead, there are sustained drones, chimes, and occasional electronic sounds, against which Foxx occasionally places brief melodic passages. It’s very subtle though at times unsettling music. Jansen’s gongs make this album easily distinguishable from Foxx’s past forays into ambient. Unlike the Cathedral Oceans albums, there’s no singing of any kind, and the feel and texture are very different from those of Translucence/Drift Music, his Harold Budd collaboration. 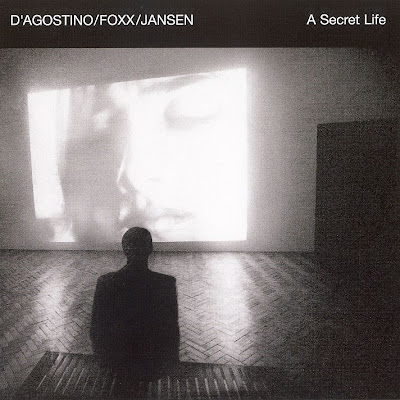 Thank you for all of these John Foxx albums. I didn't realize he had made so many cds. I kind of lost track with him in the 80's, so it's nice to hear what he's been up to all these years. I'm looking forward to hearing the Budd and Guthrie colabs. Great site you have!

I would appreciate a re-up of the Budd/Foxx album. Many thanks!