As Parliament was on hold during the first years into the seventies, Funkedelic moved on and released 4 albums during the meantime so today we concentrate on those...

Bernie Worrell was officially credited starting with Funkadelic's second album, 1970s Free Your Mind... and Your Ass Will Follow, thus beginning a long working relationship between Worrell and Clinton. The album Maggot Brain followed in 1971. The first three Funkadelic albums displayed strong psychedelic influences (not least in terms of production) and limited commercial potential, despite containing many songs that stayed in the band's setlist for several years and would influence many future funk, rock, and hip hop artists.

After the release of Maggot Brain, the Funkadelic lineup was expanded greatly. Tawl Ross was unavailable after experiencing either a bad LSD trip or a speed overdose, while Billy Bass Nelson and Eddie Hazel quit due to financial concerns. From this point, many more musicians and singers would be added during Funkadelic's (and Parliament's) history, including the recruitment of several members of the famous James Brown backing band The JB's in 1972 - most notably Bootsy Collins and the Horny Horns. Bootsy and his brother Catfish Collins were recruited by Clinton to replace the departed Nelson and Hazel. Bootsy in particular become a major contributor to the P-Funk sound. In 1972, this new line-up released the politically-charged double album America Eats Its Young. The lineup stabilized a bit with the album Cosmic Slop in 1973, featuring major contributions from recently added singer-guitarist Garry Shider. After first leaving the band, Eddie Hazel spent a year in jail for drug possession and assault, then returned to make major contributions to the 1974 album Standing on the Verge of Getting It On. Hazel only contributed to P-Funk sporadically thereafter.

George Clinton revived Parliament in 1974 and signed that act to Casablanca Records. Parliament and Funkadelic featured mostly the same stable of personnel but operated concurrently under two names. At first, Parliament was designated as a more mainstream funk ensemble dominated by soulful vocals and horn arrangements, while Funkadelic was designated as a more experimental and freestyle guitar-based funk band. The ensemble usually toured under the combined name Parliament-Funkadelic or simply P-Funk (which also became the catch-all term for George Clinton's rapidly growing stable of funk artists).

Not released until 1996, this was an unusual gig for the band, which was breaking in a new rhythm section (this may have been this lineup's first show) without much or any rehearsal. You can't tell from this 77-minute disc, which offers a typically amorphous, free-floating set of black rock -- which is to say, judged by most standards, it's not typical music at all. Seguing from spaced-out jams to occasional numbers with vocals by George Clinton, and throwing in imaginative improvisations by guitarist Eddie Hazel and keyboardist Bernie Worrell, it sounds something like a combination of Jimi Hendrix, James Brown, and Sun Ra. The 14-minute "Maggot Brain" verges on prog rock/psychedelia (in the good sense), with its almost mystical guitar lines; earthier pleasures are offered with cuts like "I Call My Baby Pussycat" (two versions). The fidelity is pretty good, though the vocals lack the presence of the instruments. Funkadelic are still shown to their best advantage on their studio recordings of the era, but this is certainly a fascinating find for fans. 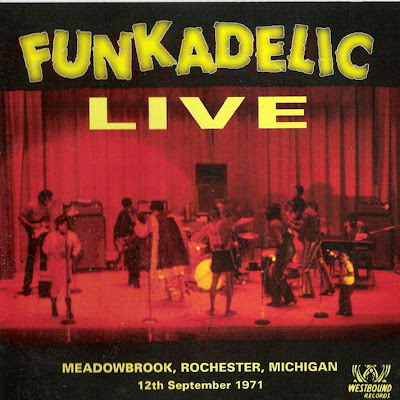 America Eats Its Young makes for a freaky, funky, and aware good time. A double album and worth every minute of it, here Funkadelic brought life, soul, and much more to the party. With George Clinton credited only for arranging and producing, here the mad cast he brought together went all out. Bernie Worrell in particular now had a new importance, credited as co-arranger with Clinton as well as handling string and horn charts on a number of songs. His surging, never-stop keyboards, meanwhile, took control from the start, with his magnificent lead break on the opening "You Hit the Nail on the Head" making for one of the best performances ever on Hammond organ. Bootsy Collins (credited as William) is also somewhere in the crowd on bass and vocals, while old favorites like Eddie Hazel and Tiki Fulwood, among many others, can be found. Perhaps to fill in the time, a few numbers from the first Parliament album, Osmium, two years before cropped up, namely "Loose Booty" and the hilariously sleazy "I Call My Baby Pussycat," here performed with a noticeably slower, dirty groove. The straightforward social call to arms appears throughout, with one song title saying it all -- "If You Don't Like the Effects, Don't Produce the Cause." Other winners include the vicious title track, combining everything from mysterious, doom-laden voices and weeping wails to slow, sad music. 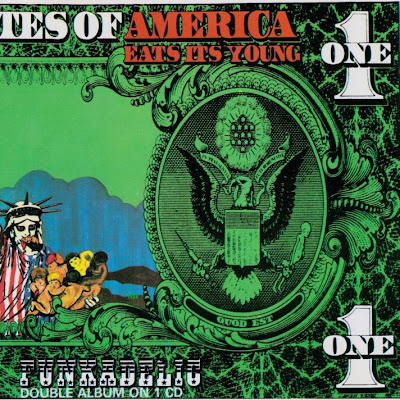 With a much more stripped-down version of the band, if the credits are to be believed (five regular members total, not counting any vocalists), Funkadelic continued its way through life with Cosmic Slop. A slightly more scattershot album than the group's other early efforts, with generally short tracks, Cosmic Slop still has plenty to like about it, not least because of the monstrous title track. A bitter, heartbreaking portrait of a family on the edge, made all the more haunting and sad by the sweet vocal work, the chorus is a killer, with the devil invited to the dance while the band collectively fires up the funk. Elsewhere, the band sounds like it's more interested in simply hitting a good groove and enjoying it, and why not? If introductory track "Nappy Dugout" relies more on duck calls and whistles than anything else to give it identity, it's still a clap-your-hands/stomp-your-feet experience, speeding up just a little toward the end. As for the bandmembers themselves, Bernie Worrell still takes the general lead thanks to his peerless keyboard work, but the guitar team of Gary Shider and Ron Bykowski and the rhythm duo of Tyrone Lampkin and Cordell Mosson aren't any slouches, either. George Clinton again seems to rely on the role of ringleader more than anything else, but likely that's him behind touches like distorted vocals. Certainly it's a trip to hear the deep, spaced-out spoken word tale on "March to the Witch's Castle," a harrowing picture of vets returning from Vietnam . 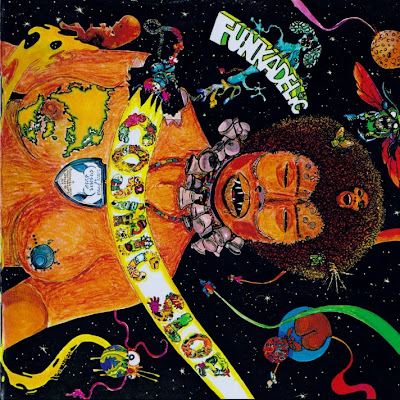 Funkadelic's first four albums are at the top of my all-time favorite albums and the Meadowbrook CD is amazing. Cosmic Slop's no slouch either ;). THANKS!

I have very much enjoyed the P-Funk re-ups. If there was any chance of re-upping the Funkadelic Live Meadowbrook show I would be a very happy bunny.
Thanks or your continued efforts...

Many thanks for the reups

Hey Rho. Outside chance of a Maggot Brain flac re-up (if was ever up as flac)? If so, would be most appreciated, if not, no worries - many thanks either way.

Can you please re-up Cosmic Slop? Thank you