Hello, well now, don't know what to say both 14 year old dj kicks samplers have been rejected again by multiupload most odd. Not sure what to make of it.

No penguins today but orchestrals of a different kind. There's many sides to todays spotlight artist and some of them come afor here today, the dreamy bubbling Glassworks turned out to become something of a breakthrough for the until then niche clasical composer Philip Glass, a year later Koyanisquatsi had everyone stunned. Anyway, anyone seriously interested in Glass should check him out @ Wiki. There's 2 symphonys by him here and a worldmusic piece composed for the 2004 Olympics.

Philip Morris Glass (born January 31, 1937) is considered one of the most influential American composers of the late-20th century and is widely acknowledged as a composer who has brought art music to the public where his big breaktrough came with the movie score Koyaansquatsi. Thus he followed illustrous precursors such as Richard Strauss, Kurt Weill and Leonard Bernstein. Although his music is often, though controversially, described as minimalist, he distances himself from this label, describing himself instead as a composer of "music with repetitive structures". Although his early, mature music is minimalist, he has evolved stylistically. Currently, he describes himself as a "Classicist", pointing out that he trained in harmony and counterpoint and studied Franz Schubert, Johann Sebastian Bach and Wolfgang Mozart with Nadia Boulanger.

Glass is a prolific composer: He has written works for his own musical group which he founded, the Philip Glass Ensemble (for which he still performs on keyboards), as well as operas, musical theatre works, eight symphonies, eight concertos, solo works, string quartets, and film scores. Three of his film scores have been nominated for Academy Awards.

Offsetting the financial obstacles of operatic recordings Glass decided to intermittently releasing less expensive, more accessible, and marketable recordings. The first such project of this nature was the instrumental collection entitled Glassworks, which appeared on shelves in 1982. Featuring the Philip Glass Ensemble (which on this album includes piano, keyboards, organ, a handful of woodwinds, horns, and a few violas and cellos), Glassworks comprised six tracks with an amiably soft-edged minimalist sound, in an almost new-agey vein.

Critics often point to the success of Glassworks -- within five years nearly 200,000 copies had been sold -- as representative of Glass' "selling out"; others see it as simple business savvy. Though Glassworks is rather lightweight, its gestures are familiar and Glass' characteristic rhythmic/melodic tricks do offer a certain amount of substance. It also exhibits a consistency and casual sophistication. 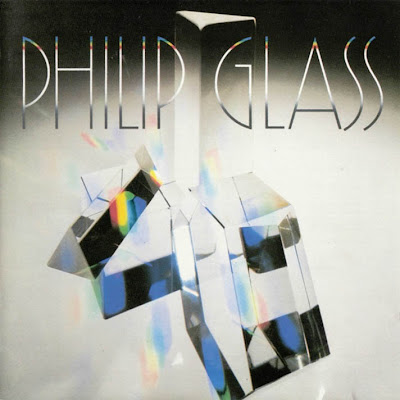 Among these more conservative, "non-crossover" works, the Symphony No. 3 is perhaps the most restrained and classical in its form, character, and color. Composed in 1995, the work is cast in four movements and scored for a small string orchestra (originally, the 19 strings of the Stuttgart Chamber Orchestra), and reflects Glass' attempt to synthesize and temper the austerity of his early minimalist ideals into a more lyrical and emotionally compelling style. Glass adds layers of figuration or melody to the orchestral texture with each iteration of the repeating chord scheme, so that by the end of the movement it seems that virtually everyone in the ensemble follows a distinct line within a complex, polyphonic web. The symphony ends with a driving, syncopated finale that revisits the second movement's energy with even more harmonic unpredictability and rhythmic vigor.

Much of Philip Glass' music is marked by a sort of insistent, repetitive, rhythmic momentum which can become hypnotic. In Glass' Symphony No. 2 (1994), the composer weaves together lengthy threads of simple substrate and brief fragments of contrasting melodic lines, constructing a work that is at once simple and complex. The composer's own notes regarding the work indicate that its ambiguity is purposeful; that is, it is a polytonal construct in which emphasis, and therefore the aural effect, is actually dependent upon how the listener hears the work. Glass likens this to the manner in which an optical illusion can seem to be different things as the viewer simply wills it to be. 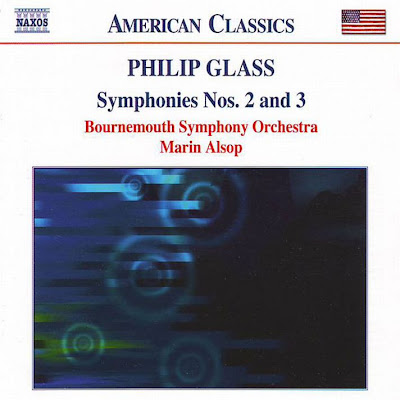 Inspired by the challenge to create a work for a world audience on the occasion of the Athens Cultural Olympiad in Summer 2004, Philip Glass conceived an evening-length work that contemplates the Earth's relationship to the constellations as interpreted by the world's many cultures. In the same way that civilizations are united by common themes, history and customs, we singularly and together are united by the commonality of the natural world-- rivers, oceans, the organic environment of forests and mountains. And the stars. Stargazing must be one of the oldest pastimes of humanity. It led to astrology, astronomy, measurement of the seasons and the very beginnings of science. I think no single experience of the world speaks to us so directly as when we contemplate the infinity of space, its vastness and countless heavenly bodies. In this way the stars unite us, regardless of country, ethnicity and even time.

Orion, the largest constellation in the night sky, can be seen in all seasons from both the Northern and Southern hemispheres. It seems that almost every civilization has created myths and taken inspiration from Orion. As the work progressed, each of the composer/performers, including myself, drew from that inspiration in creating their work.

Conceived in ten movements, the work features the Philip Glass Ensemble in collaboration with seven of the world's most esteemed composer/performers who will perform live with the Philip Glass Ensemble. Each guest composer was chosen for their unique mastery of a global musical tradition and worked in close collaboration with Philip Glass to incorporate their individual perspective into the composition. Guest collaborators include Australian didgeridoo master, Mark Atkins ; West African Griot Foday Musa Suso Indian composer and sitar master Ravi Shankar who composed a work with Philip to be performed by Kartik Seshadri; Nova Scotian fiddler Ashley MacIssac Brazil's UAKTI ; pipa virtuoso Wu Man of China; and contemporary Greek vocalist Eleftheria Arvanitaki 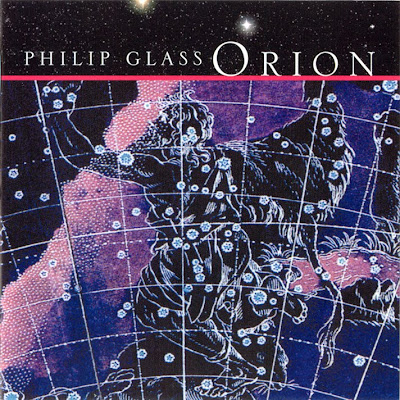 A re-up would be most appreciated when possible please, Rho.

Thanks again, for Orion.

Thanks for the Reups is Koyaanisquatsi next in the up queue?
Cheers
Lee

Hello Lee, only if you request it at the page i posted Koyaanisquatsi


Hello Rho-Xs,
Any chance you reup the albums posted here?
Thanks!