Hello, Aetix is leaving that great southern land towards the 'old' country that was at the center of the Aetix music boom, the UK. For starters an old favourite of mine, underrated as so many really great artists are, Frank Tovey.

As Fad Gadget, his music was characterized by a use of synthesizers in conjunction with sounds of found objects, including drills and electric razors. His bleak, sarcastic, and darkly humorous lyrics, often layered in meaning and discussing subjects such as machinery, building construction, human sexuality, and physical violence, were sung in a droning, often expressionless voice.

At school Tovey tried to learn many different musical instruments. He realised he did not have the coordination to be able to play any of them really well.He drifted away from the idea of playing music, and began getting involved in other art forms instead. He later studied visual arts and mime at Leeds Metropolitan University. He felt the need to give his mime act some sort of musical accompaniment so he went back to the idea of recording music. The initial musical pieces were formed of sound manipulation using tape recorders. He spent a lot of time building up sound collages using this method. After finishing full time education Tovey began working at various day jobs and around the mid seventies managed to set up his own home studio. The initial equipment he used consisted mainly of his Grundig tape recorder. At this time he was using no musical instrument at all. He bought a Korg Minipops drum machine and eventually a Korg synthesiser. After the purchase of this equipment he began writing music seriously; it was at this time he sent a demo tape of Back to Nature to Daniel Miller, who had just released his first Mute single as The Normal.

Tovey made his first public appearance as Fad Gadget in July of 1979. Two months after that, Tovey signed as Fad Gadget to Daniel Miller's Mute Records. He was the first artist to sign to Mute. Back to Nature was recorded as the second Mute Records release at RMS Studio in London. Back to Nature was a great success for Mute Records so a follow-up record was produced "Ricky's Hand" Tovey then went on to record an album for Mute Records. Fireside Favourites was recorded at Blackwing Studios in London. He decided to record the album without Daniel Miller’s assistance, as he felt it very important that he made all the decisions about recording the album himself.

Meanwhile Tovey was gaining a reputation for being an exciting, original live act within the electronic music scene. He used visual gimmicks such as playing instruments with his head, usually ending up in personal injury. His live appearances progressed to dressing in stage costumes, reflecting back to his days studying visual arts.

Tovey recorded two more albums for Mute Records at Blackwing Studios which was using more complex recording equipment. Incontinent and Under the Flag showed a progressive change in Tovey’s music; due both to the technological advances and his own growing knowledge of recording techniques. The albums Under the Flag and Gag were released in 1982 and 1984, respectively. The move into dance and soul-influenced territories -- along with relatively traditional production values for the time -- resulted in lighter and less urgent music, but Tovey's lyrics steadfastly refused to approach anything resembling mundane or fantasy-based.

After Gag, Tovey decided to start recording under his own name and released six albums on Mute between 1985 and 1992. More about that later...

Realised with an expanded array of collaborators, including a number of notable record producers, Fireside Favourites instrumentation combined the synthesizers, drum machines and found objects of previous releases with conventional guitar, bass and percussion. It was released by the end of 1980. While Tovey did the lion's share of synth work on the album, percussionist John Fryer, bassist/guitarist Eric Radcliffe, drummer Nick Cash, and synthesist Miller chipped in with contributions.The lyrics and subject matter ridiculed various aspects of modern society and featured observations from sometimes bizarre perspectives. Added here his first two singles 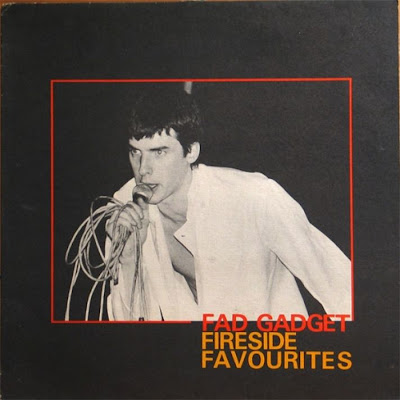 Incontinent, the second Fad Gadget LP, was issued almost exactly a year after the debut. Aside from the return of most of the usual suspects, Wire's Robert Gotobed played some drums, Peter Bahner played some bass and guitar, and David Simmonds provided extra synth and percussion work. Slightly darker than its predecessor, a decrease in the reliance upon electronics made for a wide-eyed, if unfocused, sophomore album. The album's cover featured Tovey made up as the puppet Punch. Its lyrical content was informed by his tour of the US in 1980. Added here the preceding double A side single. 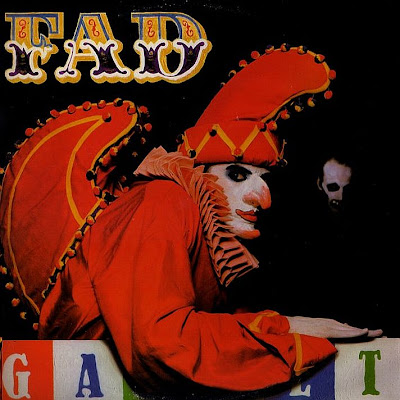 Written by Frank Tovey for the most part concerning his fear for the future of the world, in light of having just become a father. As the UK had been whipped into a frenzy by Margaret Thatcher over the Falklands war he recorded Under The Flag. It is a harse indictment of Thatcherism and Britain at the time. Songs about unresponsive leaders, government induced unemployment and rabid, pointless jingoism mixed with the coolest industrial rhythms.He was apparently afraid of the world his son was going to grow up in. Sampling, which was new technology back in the early 1980s is incorporated into the album and sequencing is also heavily used.

"Scapegoat" features a Dutch nursery rhyme (Kortjakje). Some of the ideas on this album were heavily inspired by German band Die Krupps. The album cover and photos throughout are shot by the infamous Anton Corbijn. 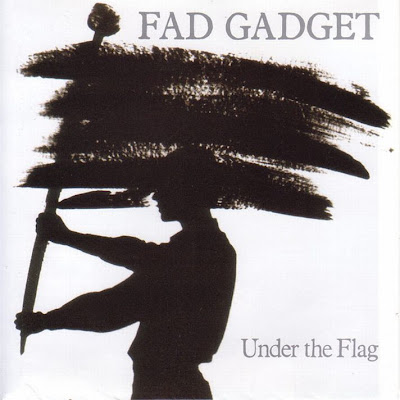 great. many thanks. could you post a proper link to the smaller version of Fireside favourites please.

A reupload of Fad Gadget and Frank Tovey solo works would be very much appreciated.

Many thanks for this reupload, Rho! Very much appreciated