Hello, Aetix is still at that great southern land, today in the spotlight one of the greatest bands coming from Australia, according to the Australians themselves, so who are we to argue with that. The foundation to all that acclaim was laid with their first 3 albums, after that the band broke up, but has been guided through the 3 decades that followed by co founder Chris Bailey, here however are the first 3 albums that set The Saints up for a place in Rock n Roll history.

In June 1976, The Saints recorded two tracks, "(I'm) Stranded" and "No Time" with Mark Moffatt producing. Unable to find any interested label, they formed Fatal Records and independently released their debut single in September. Their self-owned Eternal Promotions sent discs to radio stations and magazines both in Australia – with little local interest – and United Kingdom. In the UK, a small label, Power Exchange, issued the single. Sounds magazine's reviewer, Jonh Ingham, declared it, "Single of this and every week". that rang a bell at EMI head office in London and they contacted the Sydney branch and directed that they be signed to a three-album contract. Over two days in December, the group recorded their first LP, (I'm) Stranded ( released feb. 1977), with Rod Coe producing.

The Saints resisted being re-modelled into the English punk look and were generally ignored by the Australian press.Mainstream public was warned that punk rock is "a sinister new teenage pop cult, based on sex, sadism and violence, [which] is sweeping Britain. (Rural mentality was still coming to terms with Elvis Presley at that time ). The Saints released their second album, Eternally Yours, in May 1978 on EMI/Harvest with Bailey and Kuepper producing. The album showed the band moving towards a more R&B style of rock, including a brass section , the single "Private Affair", focussed on what the band members saw as the pigeon-holing, hype and commercialisation of punk.

The jazz-blues influenced third album, Prehistoric Sounds, followed in October 1978 (January 1979 in Australia). Its commercial failure led EMI to drop the band. During 1978, relations between Kuepper and Bailey had deteriorated, with Bailey preferring rock and pop songs and Kuepper pursuing less commercial and more intellectual material. Finally Hay, Kuepper and Ward left the group in early 1979. Kuepper returned to Australia and followed a more avant-garde direction with Laughing Clowns, which would frequently feature brass. He is one of Australia's most influential and highly regarded musicians with over twenty solo albums to his credit.

After co-founder Ed Kuepper left in 1979 and the band became Bailey's show, the twists and turns he took them through (horns, folk/blues arrangements, as well his numerous solo excursions) produced some good music, but it was mostly scattershot and lacked focus, though Bailey did record two fine records with the late-'80s incarnation of the band.

To most Americans, the Saints were a non issue. So, by the time All Fools Day was released in 1987, there were many who thought the Saints were a brand new band, and they were right. Gone were the rapid-fire guitar sound and bellowing vocals, replaced by sophisticated pop arrangements and more technically accomplished singing. The music was strong, intelligent pop that was better than much of the late-'80s "new wave." The next LP, Prodigal Son, wasn't as good, but did nothing to hurt the reputation of the "new" Saints.

It took almost a decade, however, for the next Saints (meaning Bailey plus others) album, 1997's Howling, to come out. The record portrayed a louder, edgier band than what had been seen on Prodigal Son, and was followed soon after by Everybody Knows the Monkey. In 2002, Spit the Blues Out was released and three years later, with the Church's guitarist Marty Willson-Piper on board, the Saints issued the rocking Nothing Is Straight in My House, followed by Imperious Delerium (without Willson-Piper) in 2006. The original members of the group were reunited in 2007 for some shows, presumably to boost sales of a box set titled The Greatest Cowboy Movie Never Made, otherwise, the Saints remained relatively quiet for the remainder of the decade.

Late 2010 the supernatural series Spirited used The Saints' I'm stranded as it's theme song. The entertaining series about a dentist Suzy Darling, who walks away from a loveless marriage and into an old apartment block that is inhabited by the ghost of a 1980s English punkrock star Henry Mallet is well worth checking out, alas it was dropped after a sec.season. You can find Spirited S2 here, S1 is out on dvd and likely available in google land.

The Saints were to Australia what the Sex Pistols were to Britain and the Ramones to America. They sparked the punk rock movement with a blasting, blistering, scorching sound no one had heard before. Moreover, the Saints were blitzing the unsuspecting in their home of Brisbane in 1973, long before the Sex Pistols or the Ramones had even begun. Australians today hold the Saints in greater reverence than any rock band in its history, save for the Easybeats. After their incendiary, self-released debut 7" single "(I'm) Stranded" b/w "No Time" blew minds of a raving British press on import in 1976, subsequent sales of the single proved to the industry that the upstart punk movement was in fact commercially viable. The Saints pocketed a worldwide deal with EMI Australia, who rush-released "(I'm) Stranded" in Australia and Britain to capitalize on the new trend. This first LP was actually nothing but eight rough-and-raw demo tracks the band had no intention of releasing, plus the two sides of the much better, cleaner-sounding single. The heavy, buzzing racket on the eight demo tracks borders on unintelligible, they're so cheaply recorded, but nothing can stop a collection of cracklers this intense, with two absolutely astounding, blues-heavy ballads thrown in for great balance. a punk classic. 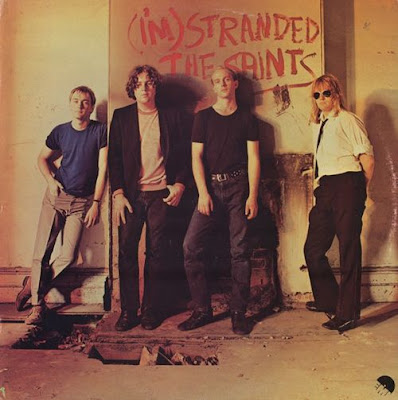 The band stayed much farther from the standard punk template (which had solidified with remarkable speed in the wake of the Sex Pistols) on their second LP, Eternally Yours. For their sophomore outing, the Saints threw actual tempo changes, horn charts, keyboards, and R&B accents into the mix, which didn't endear them to punk purists, who predictably didn't recognize that these changes had only strengthened the band's sound. Anyone looking for blazing 4/4 punk will find it in "Lost and Found" and "Private Affair," but the horn-fueled "Know Your Product" and "Orstralia" proved that punk could also sound soulful. The Saints proved they could slow it down and still sound tough and impassioned. Maybe Eternally Yours didn't sound like a standard-issue punk album in 1978, but it's stood the test of time much better than most of the work of punk's first graduating class. Initially entitled International Robots The Saints changed it to a less cynical but ironic Eternally Yours 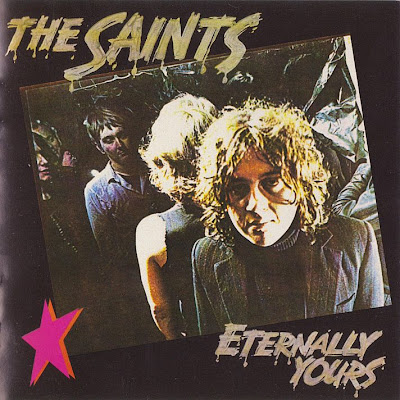 With Prehistoric Sounds (the last record of the band's original lineup), the Saints provide the textbook by which to make a great rock record where horns play as much of a role as guitar. Further extracting themselves from the limitations of punk, the band retains the attitude and turns it into a smart, bluesy, gutsy combination of controlled power. There's more dip in the hip and additional swagger. The days of "(I'm) Stranded" might have been long gone, but the varied tempos and sophisticated songwriting don't sacrifice the band's intensity at all. The horns are the real treat, whether used for the basis or just punctuation of each song, the tasteful use of saxophones is a genuine masterstroke. 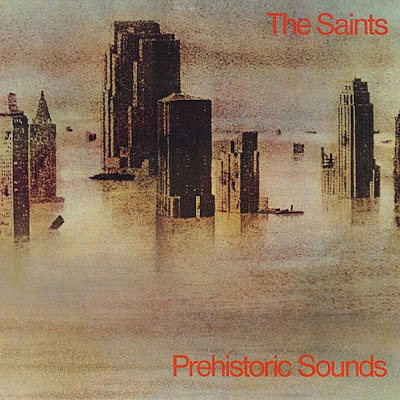 Hi !
I'd like to ask you for a re-up of those albums
Thank you for your great work