Hello, do I have a wonderful collection of music up for grabs today, why i haven't posted it earlier I don't know, well i do i just didn't have the time to play it, that's why . However, I can say i really enjoyed getting back to it today. Whom am I talking about ? Kettel ! A self-described "elixir-brewing,and music-making sorcerer-to-be." , well-known for his playful, spontaneous melodies and organic folk sounds. His tools just a pc with soundcard, keyboard, MIDI-keyboard and controller, a turntable and a mic. What comes out is a combination of downtempo beats , hovering synthesizers and acoustic instruments turned into little melodies. Consider yourself lucky...smile

Kettel is Reimer Eising is a Frisian (born 1982), from an early age he was charmed by Bach, it inspired him to start learning to play the piano age 5, he's been learning ever since. It's little surprise then classical piano music has been a source of inspiration in his life. In 2001 he moved to Groningen to study Dutch at the University, little came of it as he already was gripped by the music virus. The confrontation with electronic music and the ease of working and creating with it, started him on the path of 'classical' IDM. His moniker Kettel is a Dutch phonetic version of cattle which in itself have in frisians it's prime milk producing species. Loves his little in-jokes that Reimer. .That same year he released his first album " Dreim", when he released his 2nd album "Cenny Crush" in 2002 it was quickly followed by "Smiling Little Cow" that same year, and by 2003 he was fulltime working on music.

Kettel's releases on the Planet Mu-label ( Mike Paradinas µ-Ziq, Kid Spatula , Aphex Twin) and the Kracfive label(US) has build him some international fame. He has also collaborated on several projects of various remixes and compilations. Kettel frequently performs in the Netherlands and abroad, the Japanese seem to have taken a particular liking to his work.

His breakthrough came in 2004 with his 4th album "Volleyed Iron" something you can convince yourself of here. It was followed by another stunning album "Through Friendly Waters" his organic IDM carrying melodies really find their way into the listeners brain. In 2006 he released My Dogon a very happy album full of uplifting sounds that nods the likes of Aphex twin and Boards Of Canada. Then by 2007 he's back to somewhat quiter waters with some more classical input.

In 2008 Kettel released Myam James part 1 followed by part 2 the next year, since it's been rather quiet for his doing, he toured, created background video and in a few months his first Gamescore will be available.

If you like detuned melodies and their strong appeal to the memory zones of our brains, you're likely to fully enjoy the his music and Kettel's ability to instill his own feelings and emotions in his tracks. Since 2005 he releases albums on Sending Orbs, a label run by his brother Wouter Eising..

Volleyed Iron by Kettel is a kind of ambient symphony, in which disparate elements are combined into a composite impressionistic landscape of dreams, space and emotions. The album teems with a variety of harmonic shades and hues, it's built structurally and sonically on circular and linear forms, often both at once. This work moves through reverb shrouded piano melodies and dulcet synthesized themes, on to dark electronic terrain and the strange sonic surroundings of mutated samples and out of context acoustic sources. At times it is as if the listener where beneath stars, while elsewhere floating through a strange dream world. The key to enjoying this work is to sink into its whirling atmosphere. This is ambient music asking to be heard, revealing more with each listen. Music that flows on a dream river deeper and deeper into a mystic state and slowly come back. 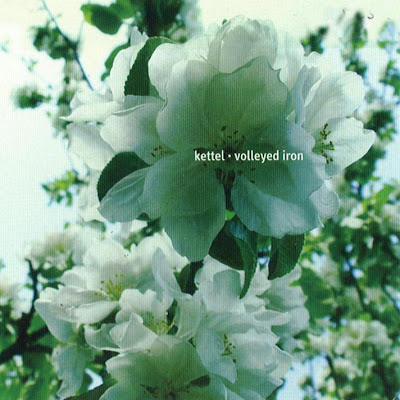 My Dogon follows previous years quite unashamedly gorgeous ‘Through Friendly Waters’ but takes the Kettel sound to a new territory – acid. On first listen the abundance of the 303 is jarring, but give it a few minutes and it lulls you in, creating a skewed variation of comic-pop as seen through the frosted glass of modern electronica. Eising even throws in a few mind altering ambient tracks, the kind last heard on his flawless ‘Volleyed Iron’ album. A sprawling and varied disc, ‘My Dogon’ is another wonderful Kettel emission, coming to you with much recommendation. 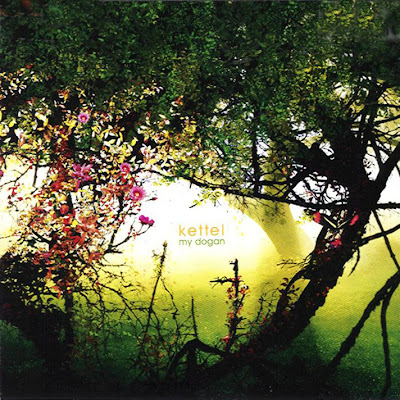 Whisper Me Wishes, a collection of tracks written over the last few years, is a real testament to his stylistic longevity. Over the course of fourteen tracks Eising shows us why having an extensive training in classical composition can really help you make interesting music as he moves effortlessly through downtempo electronica, jungly acid and oddly, epic classical pieces. This music is electronica, sure, but there's something so skewed about it that you're just drawn in - for a start Eising's grasp of melody and harmony has to be heard to be believed, but the way he layers his addictive synthesizer hooks over what should probably be out-of-time rhythms is quite shocking. Add this to the fact that the Dutchman has the guile to use possibly the cheesiest sounds available to him (synth piano, general midi) yet still manages to have me coming back again and again and you have something truly original. There aren't many artists left in the genre making such fantastically intense and good natured music; this is light hearted, fun and always great to listen to - what more can you ask for from a record? Electronic music ain't dead just yet... 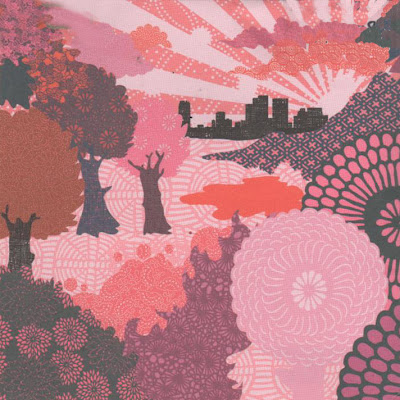 Kettel has the ability to transmit peacefulness and harmony, it would be nice to have these albums in FLAC. Can you reup Kettel's records? Thanks.

Hi Thanks for Kettel. Peace.