Hello, todays Aetix is exploring the short but not so sweet story of No Wave, underground music, film, performance art, video. Interestingly in December 1977 the New York Academy of Sciences organized the first symposium on Chaos, looks possibly some butterfly help bring about that New York storm.. Anyway we started out with the grand old lady of No Wave, Patti Smith, last week the no wave spawned Sonic Youth, today and next week a closer look at the original No Wave Scene, in the wake of Yoko, some Japanese artists found their way to New York as well and plaid their role in the chaos inspired No Wave.

No Wave was a short-lived but influential underground music, film, performance art, video, and contemporary art scene that had its beginnings during the mid-1970s in New York City.The term No Wave is in part satirical word play rejecting the commercial elements of the then-popular New Wave genre.

No Wave is not a clearly definable musical genre with consistent features. Various groups drew on such disparate styles as funk, jazz, blues, punk rock, avant garde, and experimental. There are, however, some elements common to most No Wave music, such as abrasive atonal sounds, repetitive driving rhythms, and a tendency to emphasize musical texture over melody.

In 1978 a punk-influenced noise series was held at New York’s Artists Space that led to the Brian Eno-produced recording No New York, documenting James Chance and the Contortions, Teenage Jesus and the Jerks, Mars, and DNA.

No Wave inspired the Speed Trials noise rock series organized by Live Skull members in May 1983 at White Columns with The Fall, Beastie Boys, Sonic Youth, Lydia Lunch, Elliott Sharp, Swans, and Arto Lindsay. This was followed by the after-hours Speed Club that was fleetingly established at ABC No Rio.

Teenage Jesus and the Jerks were an influential New York post-punk group who formed part of the city's No Wave movement. Born Lydia Koch in Rochester, NY, Lunch founded Teenage Jesus & the Jerks in 1977 when she was just 16. Initially, the group included saxophonist James Chance, Japanese bassist Reck, and drummer Bradley Field. The group was active from 1976 to 1979, releasing only a handful of singles. They were the center of New York's short-lived no wave movement. Cacophonous, confrontational, and fiercely inaccessible, Teenage Jesus generally played ten- to 15-minute shows, never released a full-length album, and disbanded after a relatively brief existence.

After Chance quit to form the equally abrasive but funkier Contortions, the Jerks soldiered on as a trio, leaving their sonic bloodbaths on the No New York anthology and the two Bob Quine-produced singles ("Orphans" and "Baby Doll") preserved on the 12-inch pink vinyl 1979 EP. Both groups were featured on the seminal No New York LP, a showcase of the early No Wave scene compiled and produced by Brian Eno.

Infamous for playing ten-minute sets filled with thirty-second songs, they sought to take music beyond what Lunch saw as the traditionalism of punk rock. The group left behind little more than a dozen complete recorded songs with most of the surviving titles collected on the 18-minute career retrospective CD entitled Everything. However other studio versions of several songs exist alongside a few live recordings.

Lunch and Chance both went on to become cult figures of the New York underground music scene and the group has been cited as a significant influence on subsequent post-punk groups such as Sonic Youth, and The istics.The band reunited in 2008 for a series of performances, with Sonic Youth guitarist Thurston Moore. The band continued to perform without Moore throughout 2009, including dates in Canada. 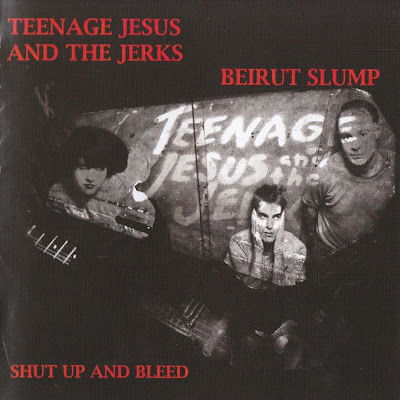 Teenage Jesus And The Jerks , Beirut Slump - Shut Up And Bleed ( 335mb)

Friction originally formed under the name Circle Triangle Square in 1971 then 3/3 in the mid-70's. This band is considered to be one of the pioneers of alternative rock in Japan. "Originally formed in 1971 as an avant-garde music group by bassist Reck, saxophonist Chico Hige, and drummer Sakuro Watanabe in Tokyo, Japan. They changed the bands name to 3/3 in the mid 70s, and Reck and Chico later moved to the United States, where they would join the band Teenage Jesus and the Jerks, and later became the original founding members of James Chance and the Contortions before returning back to Japan.

Renaming 3/3 to form Friction, they recruited guitarist Tsunematsu Masatoshi, they released a live album and single in 1979, and their first studio album, Atsureki (meaning 'friction' in Japanese) in 1980, produced by Ryuichi Sakamoto. This album is amazingly complex. Which brings me to how audible the bass is in the entire album as is the saxophone, a surprisingly fresh album. Their career sadly resulted in just 3 more studio albums ( Skin Deep, Replicant Walk and Zone Tripper), i reckon they'd better stayed in New York. 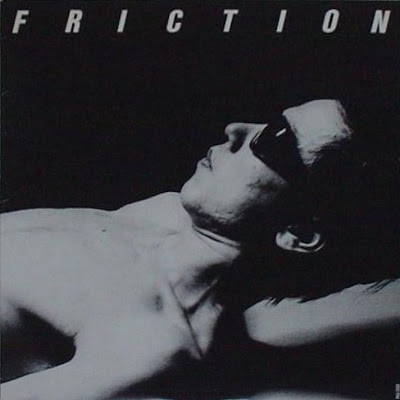 One of the great bands of the short-lived, "no wave" avant-garde punk scene, DNA had what barely amounts to a recording career, yet still managed to produce some crucial music. Originally comprised of guitarist Arto Lindsay, keyboardist Robin Crutchfield, and drummer Ikue Mori, DNA's music was sparse, loud, and noisy -- washes of keyboards punctuated by Lindsay's atonal, free-form guitar explosions. DNA made their recording debut in 1978 on a sampler of no wave bands produced by Brian Eno (No New York), and, along with being one of the more interesting bands on the record, also exhibited the most promise. By the time they released their first record, Crutchfield had formed a new band, the far less interesting Dark Day, and DNA had replaced him with bassist Tim Wright, an original member of the seminal Cleveland band Pere Ubu. Now a power trio, and with Lindsay's guitar the manic focal point of their challenging music, DNA seemed poised to become one of the most exciting bands in American avant-garde rock. Instead, they became increasingly enigmatic, rarely played outside of New York, and never recorded again.

Hearing DNA was a cathartic experience for many musicians in the experimental New York scene of the early '80s looking to combine the power of punk with avant-garde and improvisatory elements; album producer John Zorn cited them as an influence in the creation of his Naked City band, for example.

After his tenure as guitarist in the great no wave band DNA and punk-jazzers the Lounge Lizards, Arto Lindsay formed the equally exciting and (pun intended) ambitious Ambitious Lovers, while also being involved with the earliest incarnations of the Golden Palominos.. Ikue Mori is still performing avant-garde music in her native Japan. In 1993, thanks to John Zorn's great Japanese-import label, this DNA CD of previously unavailable live recordings was released. Just 29 min, why not in flac then? 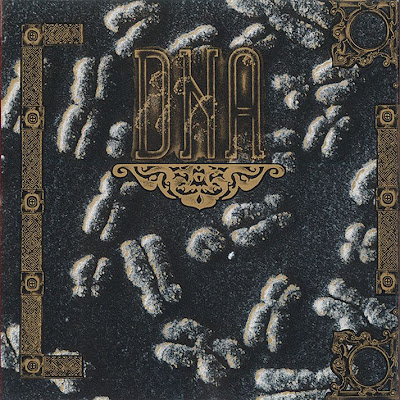 can you reup Teenage Jesus please?