Hello, Some old school rap today at Into The Groove the mid eighties delivered a number of hits and the compilation album, certainly delivers some of the best of those, it certainly will have your neurons fire up some memories, and should you have missed those days, it's never too late to join those beats..Whodini were a ' class act' from brooklyn that went to London to record some of the coolest beats of the day (84/85), they had the hottest scratcher on their team, Grandmaster Dee , and seemed set for the big league when once again the record company messed up. When the dust had settled the world had moved on....

Coming out of the fertile early-'80s New York rap scene, the Brooklyn-raised trio, Whodini were one of the first rap groups to add a straight R&B twist to their music, thus laying the groundwork for the new jack swing movement. The group consisted of rappers Jalil Hutchins and John "Ecstasy" Fletcher, adding legendary DJ Drew "Grandmaster Dee" Carter, known for being able to scratch records with nearly every part of his body, in time for the Escape LP, released in 1984. Whodini made its name with good-humored songs like "Magic's Wand" , "The Haunted House of Rock" (a rewrite of "Monster Mash"), and "The Freaks Come Out at Night."

Their third record, Back in Black, is the follow-up to a multi-platinum album, 1984's Escape. The first track "Funky Beat" features monster bass and drums, the one-two punch of Hutchins and Ecstasy, as well as a rare rap from Grandmaster Dee. The well-produced "One Love" has great synth signatures and the guys dispensing their brand of pithy and pragmatic advice. The producer Larry Smith knew how to keep things sonically interesting. On the lyrically foggy "Fugitive," the hard rock guitars and clanging cymbals mesh especially well with Ecstasy's droll and abrupt delivery. "Echo Scratch" is also all over the road, but it was a great chance for Grandmaster Dee to show off his turntable skills. Also recorded at Battery Studios in London (as was Escape), Back in Black wasn't as influential as its predecessor, but it's just as enjoyable.

Following 1987's Open Sesame, Whodini went on hiatus due to problems with their record company, as well as to concentrate on new families. The group attempted a comeback in 1991 with Bag-a-Trix without much success, despite receiving their due as rap innovators. Five years later, Whodini returned with their sixth album, appropriately titled Six. The album disappeared shortly after its release. 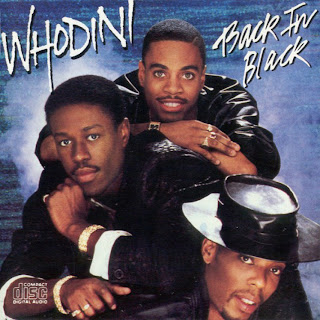 So you never bought all those great 12" back in the days ..nevermind here's your chance to enjoy.( ps Be DEF ? Take the full bitrate) 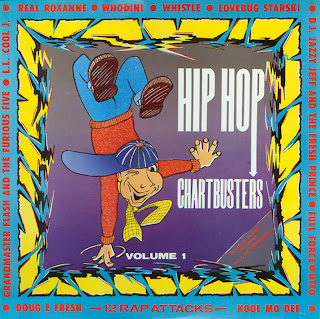