Hello, as i mentioned last week, i made a silly mistake..switching I and J in the Alphabet Soup, so todays post which should have been J is about I as we've had J last week..back on track next week with 11-K.

Got a great mixed bag today; The Infadels won Best Live Act and Best Dance Band before landing a contract and ever since they released their debut, 23 months ago, they've been touring like mad. What else can you expect from a band with Dead at Thirty as motto. Well their next album will be released spring 2008 so they did find some time for recording.. In Extremo is one of those bands that fuse music from the Middle Ages with current metal. I have to say i like that kind of back to the future music, Germans especially keep those days alive and provide an excellent backdrop at the many Medieval markets that are held throughout the country. In Extremo have released 10 albums this past decade, the one here-Wake the Dead- is their third. Take the trip.. Last one today is a vinylrip copy of an original from 73, one thats impossible to remaster without making a completely new album from it, strange and wild noises that sealed the fate of a band that at the time was discarded as awful and crazy, but as we know with hindsight, proved to be punk before we knew what punk was. Right, and 34 years later they released the follow up album to this, their original swan song "Raw Power".

Infadels were founded in 2003 by Alex Bruford (drums-son of Bill), Matt Gooderson (guitar, programming) and Bnann (vocals) who were joined shortly afterwards by Dead at Thirty founder Richie (live keys) and bassist Wag Marshall-Page.The band have quickly established themselves as darlings of the UK live scene .

The band released two singles, Leave Your Body and Can't Get Enough/Murder That Sound on their own record label, Dead at Thirty before awards for Best Live Act and Best Dance Band at the 2004 Diesel-U-Music Awards sealed a move to Wall of Sound. In January 2005 the Infadels headed into the studio with Producer Jagz Kooner to begin production on what became their critically acclaimed debut album, We Are Not the Infadels.

In support of that album, Infadels have built up a reputation as one of the hardest working bands in the industry. In 2006 alone, they performed in excess of 150 shows in some 20 countries. This included 2 UK tours, 3 European tours, an Australian tour as well as numerous dates in the USA and Russia and 35 festival dates. As well as their headline shows they’ve also featured on tours supporting the likes of Chemical Brothers, Scissor Sisters, Hard-Fi, The Prodigy, and Faithless.

As of September 2007, Infadels are in the studio recording the follow up album with ex-Killing Joke and Verve producer Martin "Youth" Glover which will be called Universe in Reverse 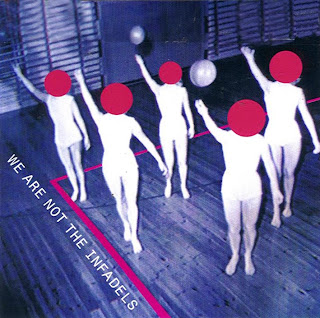 In Extremo (abbreviated InEx, or just IX) began as two projects: a nameless, purely medieval band, and a rock band. They became known at that time through frequent appearances at medieval market meetings, at which they performed their acoustic pieces and sold CDs of their renditions of traditional songs. During the recording for the 1995 season, Michael Rhein (alias Das Letzte Einhorn, engl. "The Last Unicorn") found the project name "In Extremo", Latin for "At The Edge."

Besides the electric guitar, bass, and drum set, In Extremo defines itself by unconventional (for a rock band) instruments mainly of medieval origin. They include the hurdy-gurdy, bagpipes, shawm, nyckelharpa, harp, cittern, tromba marina, hammered dulcimer, Klangbaum, and various types of drums and percussion. The bagpipes are the most conspicuous of these instruments, as Dr. Pymonte, Yellow Pfeiffer, and Flex der Beigsame all play bagpipes, sometimes all three at once. All of the band members play multiple instruments, and frequently rotate instruments between songs. Not all lyrics are written by the band, some come - like the instruments - from traditional songs written during the Middle Ages and Renaissance (8-15th century). The languages most frequently used include Icelandic, Old Swedish, Old French, Middle High German, Old High German, and Latin.

In August 1996, they began work on the first In Extremo album, which already contained two tracks of the new rock project. Because the album had no official name, it became known as "In Extremo Gold" because of the golden covers, it quickly sold out in Medieval markets. In Extremo played separately as a medieval and a rock band, until on March 29 1997, when they played their first live rock concert. Since that time, they have given this date as their date of establishment. Over the years, their music became increasingly heavier, while at the same time becoming increasingly commercially successful. The classical instruments, however - the bagpipes, shawms, and lutes - still play a large role. The band is likewise noted for their conspicuous stage costumes and known for using pyrotechnics in their concerts. 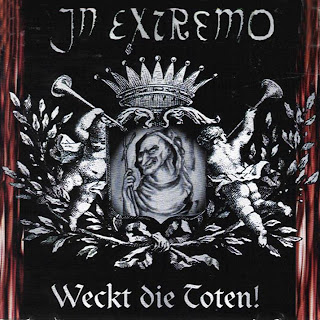 After playing in several local bands, Iggy Pop (born James Osterberg) formed the Stooges in 1967 after witnessing a Doors concert in Chicago. Adopting the name Iggy Stooge, he rounded up brothers Ron and Scott Asheton (guitar and drums, respectively) and bassist Dave Alexander, and the group debuted at a Halloween concert at the University of Michigan student union in 1967. For the next year, the group played the Midwest relentlessly, earning a reputation for their wild, primitive performances, specially Iggy gained attention for his bizarre on-stage behavior, performing shirtless, he would smear steaks and peanut butter on his body, cut himself with glass, and dive into the audience. The Stooges were infamous, not famous. As luck would have it an Elektra talent scout went to Detroit to see the MC5 and wound up signing their opening act, the Stooges, as well.

Produced by John Cale, the Stooges' primitive eponymous debut was released in 1969, and while it generated some attention in the underground press, it barely sold any copies. As the band prepared to record their second album, every member sank deeper into substance abuse, and their excess eventually surfaced in their concerts, not only through Iggy's antics, but also in the fact that the band could barely keep a simple, two-chord riff afloat. Fun House, an atonal barrage of avant-noise, appeared in 1970 and, if it was even noticed, it earned generally negative reviews and sold even fewer copies than the debut. Following the release of Fun House, the Stooges essentially disintegrated, as Iggy sank into heroin addiction.

For the next two years, the band was in limbo as Iggy weaned himself off heroin and worked various odd jobs. Early in 1972, Pop happened to run into David Bowie, then at the height of his Ziggy Stardust popularity. Bowie made it his mission to resuscitate Iggy & the Stooges, as the band was now billed. With Bowie's help, the Stooges landed a management deal and a contract with Columbia, and he took control of the production of the group's third album, Raw Power. Released in 1973 to surprisingly strong reviews, Raw Power had a weird, thin mix due to various technical problems. Although this would be the cause of much controversy later on -- many Stooges purists blamed Bowie for the 'no highs, no lows, and lots of distortion in between' mix -- its razor-thin sound helped kick-start the punk revolution. At the time, however, Raw Power flopped, essentially bringing the Stooges' career to a halt, with the band's disastrous final gig captured on the live album Metallic K.O.

In 1976, Bowie once again came to Iggy's rescue, helping him establish himself as a solo act by producing the albums The Idiot and Lust for Life and playing keyboards in Iggy's road band. more to read at Iggy - The Idiot 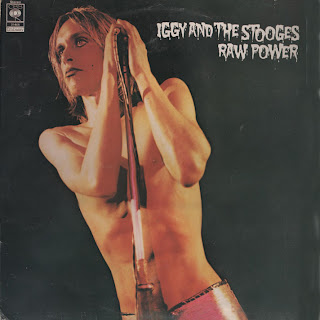 Is this the original Bowie mix or the Iggy remastered version? Thanks!

Thank you so much for uploading this one. I perfer the Bowie mix, over Iggy's audio clipping remix.

Would you please consider "Infadels - We Are Not The Infadels" as a future RhoDeo Re-Up?
Thank you!

Oh my, oh my!
Thank you so very much for accepting to re-up that first Infadels album.
I'm very grateful. Thanks again.