Hello, The FIA found a stick to beat Max Verstappen with...and deliver the front row to Ferrari, Max is allowed to start 4th, he will be livid! This could get ugly later today, Hamilton better get out of the way and let Max ravage the Ferraris, he will win or not finish,  i'm sure Lewis will cruise to a podium place and collect his 6th Worldtitle.


Today's artist is the recording alias of Magnus Birgersson, an electronic musician, composer, and sound designer from Gothenburg, Sweden. Birgersson's music spans the genres of ambient, IDM, downtempo, and psy-trance, and he has also composed numerous video game soundtracks, the Swedish electronic music artist is better known by his stage name Solar Fields, As of 2019, he has released eighteen albums, and has also scored all interactive in-game music for the Electronic Arts game Mirror's Edge as well as its sequel, Mirror's Edge Catalyst. His latest album, Origin#03, was released on 1 June 2019.......N-Joy

I expected much more interest in Magnus' work he deserves it, hence i post this Discogs comment here "Wow, I definitely missed the bus on this guy, but in the last couple months, I have become well familiar with his material, and I have to say, it is just epic. Lots of percussive ambient, but with enough atmospheric pads to really flesh out the tracks and give his music a spacey but also emotional quality. Seriously, track after track after track, Solar Fields is just a joy to listen to."

Gothenburg-based Swedish composer, sound designer, and multi-instrumentalist Magnus Birgersson created Solar Fields in the late 1990s. Birgersson was raised in a musical family and began playing piano and synthesizers in the 1970s. In the mid-1980s he began combining synthesizers with computers. In addition to his ambient work, he has also been a guitar player in rock bands, a pianist in jazz funk bands, and keyboard player in drum and bass bands."

Under the moniker Solar Fields he composed 15 albums and appeared on over 60 various compilations. His first solo release was an ambient album named Reflective Frequencies, released on Ultimae in 2001. This was followed two years later by Blue Moon Station , which also included downtempo and trance, and was designed as a single fluid story.In late 2005, Solar Fields composed Leaving Home and Extended, the latter being a limited edition. His fifth album EarthShine, launched in 2007, featured more upbeat soundscapes blending morning trance, progressive, psychedelic, tribal and ambient music. This up-tempo album was warmly received by the progressive and psytrance scenes. This led to Electronic Arts and DICE commissioning Solar Fields for the in-game score for Mirror's Edge, a first-person action adventure video game released worldwide on November 14, 2008. The soundtrack was included in the VGC's "Top 20 Original Soundtracks in Gaming".

The following year, Solar Fields composed Movements. The album was ranked in the top 10 of best albums by Echoes listeners. The album Movements was also used as the soundtrack for the indie game Capsized from the small Canadian studio Alientrap in 2011. It remains his most popular album to date. In 2010, he used the harmonies and melodies of Movements in a remix album titled Altered - Second Movements and started the Origin series, four albums which aim to present archives and unreleased songs. Until We Meet the Sky and Random Friday were composed in parallel. In 2013, he released the second album in the Origin series, Origin #02.
He released his demo song "Cluster" later that year. His song "Pulse", along with a remix of it by Airwave, was released on June 30, 2014 by Joof Recordings;

In 2014 Birgersson started his own label, Droneform Records, and released a series of digital compilations featuring updated, remixed, and remastered tracks from his catalog; the albums were titled Red, Green, and Blue. On September 30, 2015, it was confirmed by DICE and Birgersson that he was creating the in-game score of Mirror's Edge: Catalyst, and that he had been working on said score for twelve months as of the aforementioned date. More releases on his own label now Ourdom (2018) followed by a third edition of Origens, Origin#03 (2019)

Magnus has collaborated with Vincent Villuis, a.k.a. AES Dana, on H.U.V.A. Network and T.S.R. in the company of Daniel Segerstad and Johannes Hedberg from Carbon Based Lifeforms.

"Altered" is not as much a remix but a reinterpretation of "Movements", an "alteration" of the original tracks. still gladly surprised with Altered-Second Movements, cause I didn't know what to expect. I love SF music in all senses, and I think Altered is a very mature and interesting piece of music. SF sound has evolved a lot since his first album Reflective Frequencies to something more and more melodic, less and less experimental or destructured. Altered reaches a nice balance between the "Movements" melodies and a spacey ambient approach. The tracks are not remixes, they are reinterpretations of the original pieces. It's like this is a dream, and each track is a reminisence of the original, like in a dream, when you remember something from reality, but in a distant way, like an old memory. Each track is telling you: "remember this song? listen to it again, but its playing somewhere very very far away, and you only get small pieces of it, embeded in new sounds from space". This album is in fact very VERY nostalgic. and I think it's great. 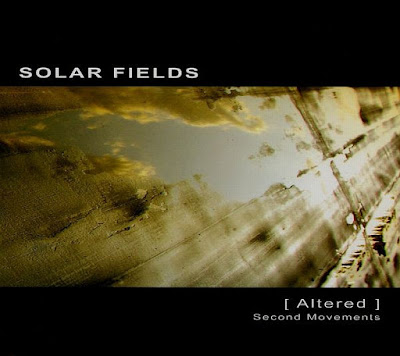 With "Until we meet the sky" SF has really changed his style, and the least we could say would be "challenging", especially to SF fans that are a lot in the "movements" kinda sound.
But going back to this CD, it is challenging for 3 main reasons:- there is an intention of mixing a very cinematic - beatless sound, with moments of melodic intensity.- the visible intention of building continuity -continuously seamlessly mixed transitions between each track- yet trying to "surprise" the listener by blurrying the boundaries of each track, as if the artist didn't want us to really identify each track.- the new type of sound: here's a very interesting novelty... piano (almost?) never heard before in SF's music, this is particularly interesting. Overall, it is as if SF was trying to give a new flavour to his sound, less "electronic", like less "sounds from outer space" - yeah definitevely less "spacey", and more earthly melodic. Definitely an album that is worth listening to many times, to give it a change to grow on you, as it is challenging and demanding in terms of attention. Yes, it is a complex and beautiful work of art.
You have to listen to this album as a whole and not a collection of tracks. This is its strength and weakness at the same time  : it makes the whole album more interesting yet less striking, because it is harder to identify great moments of the album to great tracks. 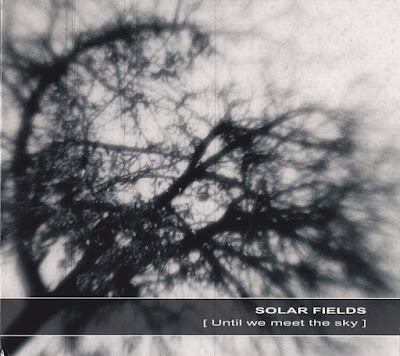 Principally, Solar Fields is an ambient producer. His first attempt at beat-based progressive trance was 2007's EarthShine LP; an stunning effort which is classed by many as one of the best '00s trance albums. As you'd expect from something released five years later, there are key points of difference when compared to its predecessor. For one thing, Random Friday feels a lot more "new school", for lack of a better term; both compositionally and sound-design-wise. That's a somewhat nebulous term, of course. Let me explain: Birgersson clearly takes a lot of influence from the progressive psy-trance scene. Post 2005 (maybe a little earlier or later), there seemed a real shift in the way melodies were composed in the field. Rather than employing a single synth sound to create a single, coherent, evolving melody, a lot of producers began to use multiple synths or samples for their leads, skipping rapidly between these separate timbres with one-off note stabs to form a kind of ragged, incoherent patchwork, so many random sounds are felt to give a more "psychedelic" effect. Bigersson is an incredible composer, and even with touches of this more "new school" method, his pieces barely suffer. The latter half of the album feels less afflicted than does the first half. Random Friday is very much worth your time. It has all the same ingredients: beautiful, unique timbres, euphoric, patience-rewarding progressions, solid percussion and bass lines. In the world of shit that constitutes the current trance scene, it's a shining beacon of hope. 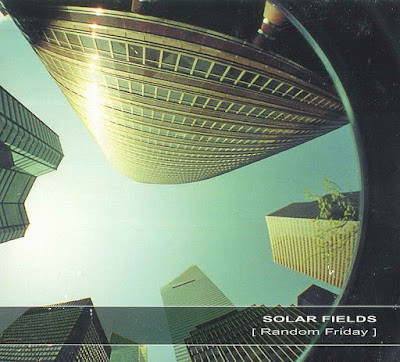 Contrary to the first edition, here we find a lot more uplifting tracks from Magnus which seem more inspired and, in my opinion, better produced. Even the tracks from 2003 sound fresh today. Of course, you won't find real masterpieces here. But after all, there are reasons why they were not released during their year of production. Compare Lifeform (2005) to Insum, for instance, and you can see why the latter made the cut. Similar examples can be made for the other tracks as well.However, though they are not better, they aren't bad at all. The second Origin delivers only consistent quality which will please any ambient listener. Grab it and enjoy it! 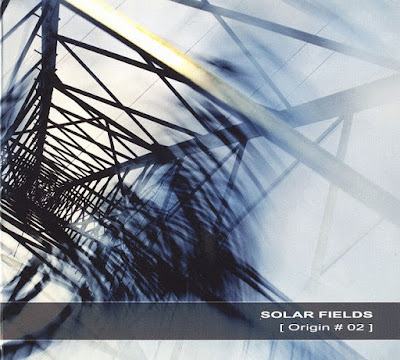