Today's artist is an English composer and musician whose work exists in the unknown territories between delay-heavy, tape saturated, dub influenced studio sessions, and excursions into modern classical music and more traditional composition. On his first albums he delved into long-form, slowly unravelling crescendos for strings, piano and other orchestral instrumentation, all accentuated with subtle electronics and processing to form a wall of sound where each element became indistinguishable.......N'Joy

Greg Haines is an English musician and composer who has been living in Berlin since 2008. He was born in a small town in the south of England in the 1980s, where he began from a young age to develop an interest in sound and the devices used to create it. Around this time, an enthusiastic music teacher began to introduce Haines to the works of 'Minimalist' composers such as Steve Reich, Gavin Bryars and Philip Glass, who had a profound influence over his musical trajectory. At this point, Greg began to develop his piano (and eventually cello) playing, feeling the desire to pursue his interest in textural, subtle music. Shortly after, Haines discovered the work of Arvo Pärt, and in it found his biggest inspiration to date. Pärt's intricate use of both space and density informed Gregs first solo release, 'Slumber Tides', released on the Norwegian Miasmah label in 2006. The album was critically acclaimed worldwide, leading Musique Machine to state: 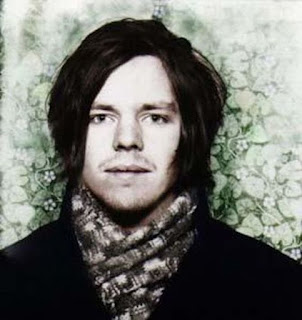 “This is music to fall into and let it embrace your heart and soul. Be warmed and sadden by its slow unfolding beauty and grace. Clearly one of the most luxurious and emotional rich debut albums you are likely to come across this year, or any other year for that matter.”

Later, the opening track from the album, 'Snow Airport', would be used on the Universal/Point Music compilation 'Reflections on Classical Music', alongside compositions from some of the very composers who inspired it, such as Gavin Bryars and Philip Glass.

In the wake of his debut, Greg toured extensively and began to develop as a live performer, and in particular as an improviser with a wide range of various musicians. To date, Greg has toured throughout Europe, Japan, Australia and the USA.

In March 2010, Berlin's Sonic Pieces label released 'Until the Point of Hushed Support', a forty- eight minute composition written for string quintet, church organ, piano, percussion, electronics and a whole array of other sounds and textures that were carefully constructed over the past two years. Later, in March 2012, "Digressions" was released on Australia's Preservation label. The album includes performances by Peter Broderick and violinist Iden Reinhart, as well as an 18 piece ensemble. The album was largely seen as a great success, with one reviewer for Fluid Radio writing:

“What drives a connection? It’s usually only dimly understood by the people experiencing it, and so it is with Greg Haines’ third album ‘Digressions’ and me. Well over a month I’ve been listening to it, and I still cannot for the life of me work out why I think it is one of the best records I have ever heard, one that has clicked with me like few else recently. Music is subjective, and what is a masterpiece to me may sound like nothing of the sort to you; an assessment based solely on my opinion and little else. Still, if I was to put money on it, I’d say that ‘Digressions’ is going to be talked about for some years, and will in hindsight be the point where the Haines’ trajectory will be seen to trend sharply upwards.”

Since 2008, he has also been working regularly as a composer for dance, creating music for choreographers such as Meg Stuart (Berlin), Ina Christel Johannessen (Oslo), and the MD Collective (Cologne). In 2009 and 2010, Greg was invited to be composer in residence at the Theale School of Performing Arts for two years running, creating pieces and working with students from all kinds of musical backgrounds.

In February 2012, Greg premiered day4 with contemporary ballet choreographer David Dawson, the Holland Symfonia and the Dutch National Ballet as part of their 50th anniversary celebrations. The collaboration with David Dawson continued in the following year and resulted in two world premieres, Opus.11 and The Human Seasons for Royal Ballet, aqs well as “Empire Noir” (2015, Dutch National Ballet, Amsterdam).

Haines has toured extensively around Europe, as well as in the USA, Japan and Australia. His brand of live improvisation on his constantly evolving set-up of synthesizers, signal processors and piano led to his involvement in two live ensembles for pure improvisation: the languid, micro-seismic “Alvaret Ensemble” and the adventurous upbeat endeavors of “The Group”. The Group does not record, only playing live, and usually consists of permanent members Casper Clausen (Efterklang) and the producer/musician Francesco Donadello, as well as a constantly mutating cast of other musicians from around the world.

After many years living in Berlin, Greg now lives in the italian countryside. He continues to travel, record and perform around the world. Recent experiments in the studio led to the “Greg Gives Peter Space” EP with Peter Broderick, released on Erased Tapes in 2014. Further releases are expected in the near future.

Slumber Tides is Greg's debut album recorded and released when he was merely a teenager seemingly tapping into a timeless wisdom where age makes no difference. It might have made more sense if Slumber Tides was the work of a composer at the end of his life creating that final display of all the things he wanted to say but for some reason never did . . . but since we love things that don't make sense many music lovers around the world embraced the reserved yet bold music of this fresh young talent. The five sprawling tracks here introduce not only Greg's knack for experimentation with different instruments and atmospheric textures but also his gift for heartbreaking compositions perhaps only comparable to the groundshaking works of Arvo Part. 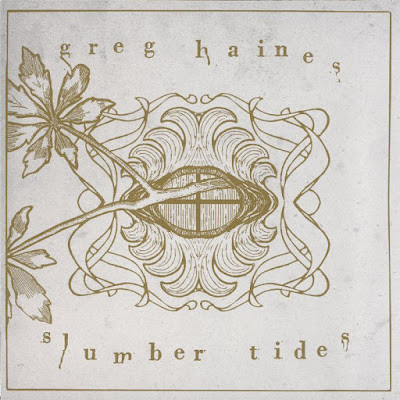 Though it has been over three years since the release of his debut, Slumber Tides, these years have seen Haines traveling around the world and refining his craft, performing as a solo artist, improvising with other musicians, creating music for contemporary dance, and finally arriving at this new album, a beautifully contemplative forty-eight minute piece for string quintet, church organ, piano, percussion, and electronics.

For the most part, this album was recorded in the Grunewald Church in Berlin with the assistance of friend and fellow musician, Nils Frahm. Together, Haines and Frahm assembled a team of musicians to bring the score alive. More processed sounds (mostly assembled at Haines’ Berlin studio, The Electricity Works) were even played back into the church and re-recorded, to truly add to the acoustic nature of the album.

Whereas Slumber Tides played out as a gorgeous exploration of sound and composition by a curious musician with fresh ears, Until the Point of Hushed Support comes across as a bold statement from a unique modern composer. Throughout the four sections of the piece, we are taken seamlessly through an incredibly powerful dynamic range. With an assortment of sounds collected and processed over the last two years combined with the live instrumentation, Haines creates his own orchestra; a unique sonic world where the sound of a dying radio is just as important as a mournful violin. Whereas the first album comes across as a curious exploration of sound Until The Point Of Hushed Support is a bold statement from a music lover who spent four years refining his craft. The beauty in this music is an ancient one one which is only reached with dedication and patience. 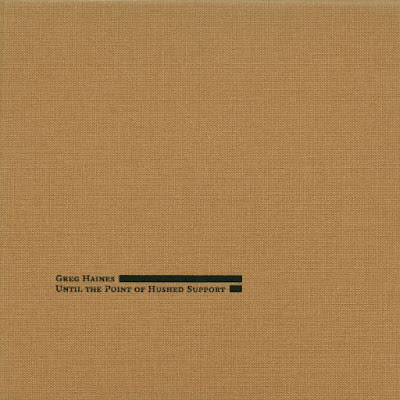 Greg Haines - Until The Point Of Hushed Support  (flac  207mb)

Greg Haines' 2012 album for Preservation grows out of a collaboration, in this case with a school orchestra. That may sound a bit counterintuitive, but the result makes you wonder if he would ever need a top-flight one given the enjoyable, tactile results. The understated combination of ambience and orchestration calls to mind an expected range of performers but also perhaps a wild card or two -- "Caden Cotard," with its slow electronic/string wash and rise, could almost be something from a late-'90s Black Tape for a Blue Girl album as much as it could be Harold Budd when it comes to the piano that follows it. Beginning with "Emetti"'s soft tones, feeling like a new age church organ warmup increasingly mixed with slow string resonance and beauty, Digressions partially lives up to its name thematically in that nearly everything feels like distinct but still clearly related parts of a whole. The emphasis on piano as a key element throughout, whether as an increasingly core rhythmic element on "Azure" or setting a stage of thorough calmness on "Nuestro Pueblo," adds a gentle calm to everything. In turn, notable violin parts, especially the lead on "183 Times," add a slightly unearthly feeling, caught between stateliness and a suffused swirl of sound. The sense of steady progression upward that recurs throughout Digressions -- particularly but not exclusively as in the swelling rise to the beyond at the end of "Caden Cotard" -- adds to the album's compelling feeling. 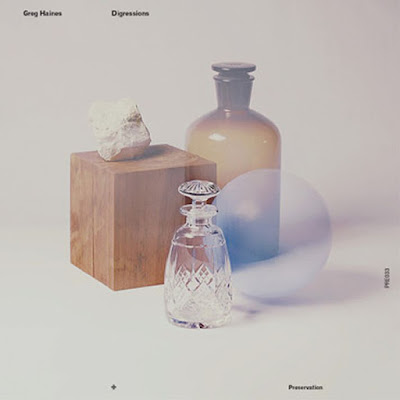 With Where We Where Haines made a step ahead. This album is a modern classical and ambient composition with dub beat elements as the previous albums but the combinations of these elements with acoustic instruments such as percussion and vibraphone makes it something new, a step forward in his music path. Approximately 45 minutes spread over 8 tracks is the journey that the British artist is offering to us.

‘The Intruder’ opens this album as only Greg Haines can do: the music come up and the melodies slowly rise in the air and become classic. It’s an intimate, welcoming and cozy track. Something happens in the following track where the minimal piano that characterize the intro to the album is now substituted by beat-driven dub-techno joined by electro-acoustic instruments. The sound changes completely towards the half of the tune where a mix of jungle, house and dub brings us in the new incredible Greg Haines music style. This is ‘Something Happened’ and no other title could fit better to this song. ‘So It Goes’ and ‘Trasimeno’ are aligned with ‘The Intruder’. Greg Haines put apart the beats of the second track and come back to his classical composition. Characteristics of these two tracks are the delicate strings and the soft piano that rise in a flourish of astral ambient waves and ethereal loveliness. With its 7:17 minutes, ‘So It Goes’ is the longest track of the album. ‘Trasimeno’, instead, is the shortest and seems to be the continuous of the previous song. Together they result in a meditative and cinematic, numinous atmosphere.

Let’s go back to the new dub-techno we discovered in ‘Something Happened’ with ‘The Whole’. The rhythm is sustained and pursuing: you cannot avoid to follow it! After so many beats and ethereal sounds, ‘Wake Mania Without End II’ leave us speechless in a suspended atmosphere for almost 6 minutes. The notes themselves are suspended in the space till when they achieve a peak of energy that slowly and gently decline just after it. I recommend to listen to this track again and again. Where We Were ends with ‘Habenero’ and ‘Habenero (Version)’ confirming the step ahead of Greg Haines music world. The high velocity of the rhythm of the these two tracks is opposite to the notes that characterize his previous works. ‘Habenero’ and its ‘Version’ will blow your mind and will drag you in their phenomenal rhythm. The percussion in ‘Habenero’ is brilliant and make it a rhythmically propulsive tracks. The counterpart ‘Habenero (Version)’ is the continuous of ‘Habenero’ without the percussion but with the same dense atmosphere and tense energy. The last minute of the album is engulfing. A meditative ending and a meditative starting for an album that has a lot in it. 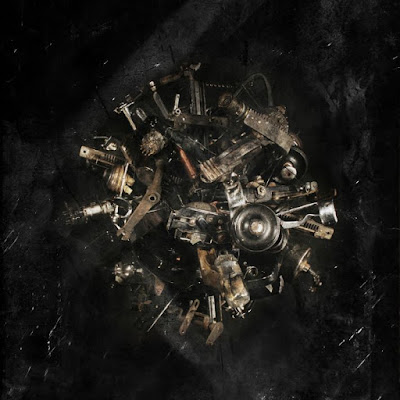 Your blog is a must.

Great music. Until The Point Of Hushed Support is incredible.

Hi there
Could you re-up the flac file of Slumber Tides please?
Muchos gracios