Today's artists are sounding like howling witches burning at the stake, their ghoulish shrieks of the 1982 debut single "Incubus Succubus" immediately won the approval of goth rock connoisseurs. However, they weren't able to maintain its black-clad sound, selling out to pop before the inevitable breakup, but they competed with Siouxsie & the Banshees for goth royalty. The band was formed in Hamburg, Germany, in 1980 in an all-girl lineup,.  ......N'Joy

In 1982, the band released the goth classic "Incubus Succubus". Drummer Caro May left the band and formed a new band, and the vacant drummer position was filled by Manuela Zwingmann the same year. While German audiences were less than receptive at first, a United Kingdom tour opening for the Cocteau Twins resulted in a deal with independent label 4AD Records. Their debut album, Fetisch and the singles "Qual" and "Incubus Succubus II" were released in 1983, all three making the UK Independent Chart, even though the band wrote and performed in German.

Manuela Zwingmann left the band after that year, being replaced by Peter Bellendir. This lineup, Huwe/Rickers/Sangster/Ellerbrock/Bellendir was the longest lasting. The single "Reigen" and the album Tocsin were released in 1984, followed by a world tour in 1985. Tocsin reached number 86 in the UK Albums Chart.
The Sequenz EP was essentially a remake of a John Peel session, which had been originally recorded on 30 April 1985, and broadcast on 13 May 1985. The EP contained the tracks "Jahr Um Jahr II", "Autumn" (the band’s first song with English lyrics, apart from brief snatches of English that appeared in "Qual", "Young Man" and "Tag für Tag") and "Polarlicht" but omitted "Der Wind", which was played at the Peel sessions.

"Matador", produced by Hugh Cornwell of The Stranglers, was released in 1986. Xmal Deutschland also opened for The Stranglers at a concert in Wembley Arena, London. Their follow-up album, Viva was recorded in Hamburg and was released in 1987, followed by the single "Sickle Moon". Viva contains a large number of English lyrics, among others a poem by Emily Dickinson.

After the release of Viva, Manuela Rickers, Fiona Sangster and Peter Bellendir left the group. Anja Huwe and Wolfgang Ellerbrock continued to work with Frank Z (of Abwärts) on guitar. Producer Henry Staroste played keyboards and studio drummer Curt Cress completed the line-up that recorded the 1989 LP Devils, and the singles "Dreamhouse" and "I'll Be Near You". This also proved to be the last release of Xmal Deutschland, showing a change of direction towards mainstream pop. The group made a few live appearances in 1990, but eventually the group split up.

Xmal Deutschland's Fetisch is the kind of album that Batman would listen to while patrolling Gotham City. A dismal, often creepy LP, Fetisch snags the dissonant gloom of early Siouxsie & the Banshees, Bauhaus, and Joy Division and gives it a German accent. Unfortunately, while the album bursts with ferocious energy, the songs are mostly repetitive and monotonous. Rabid goth collectors will probably savor every sinister groove on Fetisch, but nothing here can touch the hellish beat of Xmal's "Incubus Succubus" 12" single. Vocalist Anja Huwe sounds like a Siouxsie Sioux doppelgänger; however, even Sioux's bleakest numbers with the Banshees had keen hooks. Unfortunately, Xmal Deutschland utilizes the same eerie riffs throughout Fetisch. The album is listenable in limited doses. The dense, fuzzy guitars of "Qual" are somewhat hypnotic, and the brooding basslines of "Young Man" and "Orient" certainly catch the ear. Played loud, the shrieking riffs of "Orient" are thrillingly raucous. Xmal Deutschland knows how to bring the noise, but the eerie clamor of Fetisch is Xmal Deutschland lost in the dark.There was no confusion over the German delivery - Anja Huwe epitomized the voice as instrument. (...) the album reached no.3 in the independent charts behind the pulp pop of New Order and Aztec Camera. It stayed there. The seductive foreplay had begun." 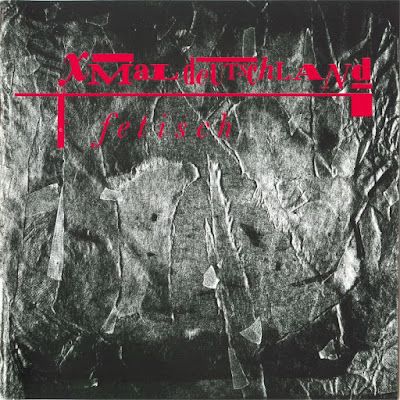 Xmal Deutschland's second full-length album is a creative high point, a Teutonic marriage of Siouxsie & the Banshees' inviting Goth-pop and the majestic sonic spaces of the Cocteau Twins. Less offputtingly bleak than the quartet's earlier records, but without the unfortunate candy coating of the albums that followed, these 11 songs are precariously balanced between neo-psychedelic pop in the traditional 4AD style -- the opening "Mondlicht" would not sound out of place on a This Mortal Coil album -- and the more aggressive, artsy sound of their first EPs. The former is clearly winning; "Incubus Succubus II," a much glossier remake of the song that first garnered U.K. attention for the group, features a less tortured (but still German-language) vocal from Anja Huwe over a smooth, throbbing pulse that trades in the spiky scrappiness of the original for a clean, but not antiseptic thrust. The clash of styles actually works quite well, giving Tocsin a palpable creative tension that adds a frisson of intensity to what might otherwise be just another collection of Goth-pop tunes. 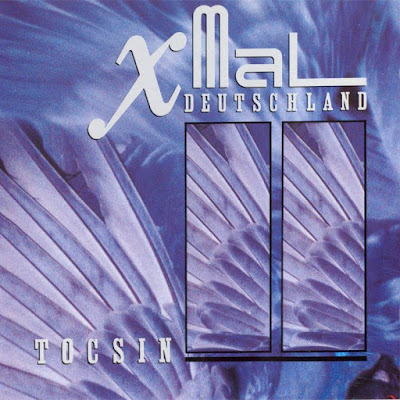 This is a collection of four of the most powerful songs Xmal have ever recorded. The unique guitar textures, the evil vocals and the hypnotic bass, all intertwine to make these songs unmistakably Xmal's. Anja Huwe (Vocals), Manuela Rickers (Guitar), Fiona Sangster (Keyboards), Wolfgang Ellerbrock (Bass), Peter Bellendir (Drums) were recorded: 30th April 1985, first transmission: 13th May 1985. 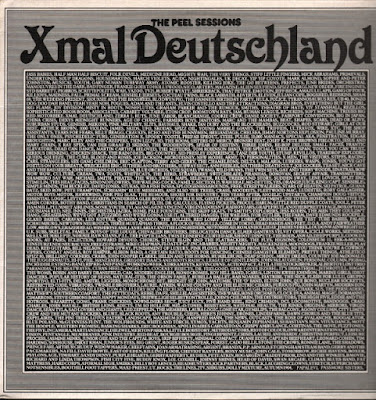 Viva represents how Xmal Deutschland mellowed with age. No longer kicking and screaming like Siouxsie & the Banshees in their punk days, Xmal Deutschland tone down the dissonance and funereal atmospherics in Viva. Fans of the group's chaotic early records might disagree, but Viva is Xmal Deutschland's finest moment. Xmal Deutschland aren't trying to be scary anymore -- their 1982 single "Incubus Succubus" was creepy stuff -- just beautifully depressed. The opening track, "Matador," recalls the band's old gothic fury; however, it's more focused and accessible. The jumpy new wave drums and dreamy mid-'80s keyboards of "Matador" edge the group closer to pop, recalling the Cure in their transformation from the horsemen of the apocalypse to melodic gloom-rockers. "Matador," the band's catchiest single since "Incubus Succubus," was remixed for the clubs as well, but only the original can be found on the Viva album. It's inevitable that vocalist Anja Huwe would be compared to Siouxsie Sioux; the similarities are striking, like Ian McCulloch and Jim Morrison. Nevertheless, Huwe has found her own voice on Viva, hitting the high notes on "Matador" with palpable passion. "Sickle Moon" and "Feuerwerk (31.dez)" are haunted by Joy Division's dense guitars and foreboding basslines; they display Xmal Deutschland's more mature approach of crafting songs instead of slamming people over the head with repetitive drones. The abundance of synthesizers also give Viva a lighter feel, preventing the music from becoming overwhelmingly bleak, especially on "Eisengrau," "If Only," and "Illusion (Version)," the latter only appearing on the CD. Although Xmal Deutschland went downhill from here they're kings of the castle on Viva. 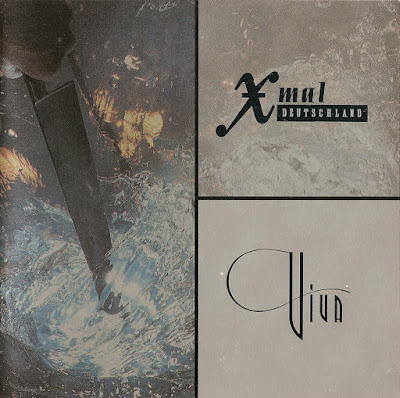 Thank you so much for the Peel Sessions!

Hi Rho, love your blog and your wide tastes! Would it be possible to re-up Xmal Deutschland' Tocsin and Viva?

OK, so it's only just a year, but could you please repost these Xmal Deutschland discs? Thanks!

Hi, could you please reup the X-mal albums? Thanks a lot.

Could you please upload the Peel Sessions again? Thanks a lot!