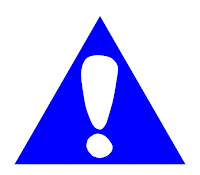 Storage maybe dirt cheap these days -compared to 5 years ago, but the hosts are much more money orientated and look at turnover and notice that keeping data longer than 1 month isn't making them money. Thus the coming months i'm making an effort to re-up, it will satisfy a small number of people which means its likely the update will  expire relativly quickly again as its interest that keeps it live. Nevertheless here's your chance ... asks for re-up in the comments section prefarbly at the page where the expired link resides....requests are satisfied on a first come first go basis. As my back up ogg hard disk is nonresponsive currently, i most likely will post a flac instead~for the the pre medio 2011 posts~ but i would think that is not really a problem...updates will be posted here and yes sign a name to your request and please do it from the page where the link died!

Looka here another batch of re-ups

4x Holger Czukay Back In Flac (Movies , Rome Remains Rome, La Luna,. On The Way To The Peak Of Normal)


3x Czukay NOW In Flac (On The Way To The Peak Of Normal, Czukay & Sylvian - Flux + Mutability and  Plight & Premonition)