Hello, there's another host here today http://www.multiup.org, last week i introduced roxkfile , i'm always interested in your experiences with my hosts so i can improve the rho-xs experience, da. Anyway been posting US aetix these past 20 months and i am nearing the end of that now a few more weeks of 'leftovers' and it's back to Europe again...

Dressed in leather, brandishing heavy guitars, and exhibiting an unabashed fetish for British Invasion pop, the Smithereens were an anomaly in the American college rock scene of the late '80s. Lead singer/songwriter/guitarist Pat DiNizio stood out not only with his strange beatnik goatee, but also because his catchy hooks were haunting, not punchy, and because his lyrics were morose. As time wore on, the group became more straightforward, turning into an excellent bar band, one that attacked pop songs with the weight of AC/DC. A few hits followed, but the Smithereens seemed hopelessly out of date in the alternative rock explosion of the early '90s, and they quietly faded into a working cult band.

Of course, the Smithereens essentially started out as a working band. After playing in several cover bands, including a handful of prog rock and metal groups, DiNizio was inspired to form his own band after listening to Buddy Holly. Placing an advertisement in a New York paper for musicians influenced by Holly, Nick Lowe, Elvis Costello, and the Clash, DiNizio eventually came into contact with New Jersey high-school students Dennis Diken (drums), Jim Babjak (guitar), and Mike Mesaros (bass), who had all played together in school. By the end of 1980, they had independently released Girls About Town, an EP featuring four songs with "girl" in the title that was a moderate local success. For the next three years, the group played around New Jersey and New York, not releasing another record until 1983's Beauty and Sadness. While the EP earned some play on college radio and received a positive review in Rolling Stone, they still had trouble gaining an audience, so they began supporting traveling oldies artists like Otis Blackwell, with whom they recorded an album's worth of material, and the Beau Brummels.

By 1985, the Smithereens were growing frustrated by their lack of progress, as most of the demos they sent to labels were ignored. They did send a demo to Enigma, where Scott Vanderbilt, a former college DJ who was a fan of the band several years earlier, signed the group. In 1986, the band released its debut album, the Don Dixon-produced Especially for You, to positive reviews. On the strength of college airplay, as well as MTV's airing of "Blood and Roses" -- a video financed by a film studio that included the song in the B-movie Dangerously Close -- the album became a moderate hit, climbing to number 51 on the charts and leading to a major-label contract with Capitol. the Smithereens supported the album with an extensive tour, and they recorded their second record weeks after they left the road.

Green Thoughts appeared early in 1988, and the first single, "Only a Memory," not only became a college and modern rock hit, but it crossed over to album rock stations as well. the Smithereens made their attempt for big-time album rock success with their third album, 11. Hiring producer Ed Stasium brought a heavier guitar sound, which made "A Girl Like You" -- a song rejected as the theme for the comedy Say Anything -- a Top 40 hit, sending 11 to gold status. "Too Much Passion," the first single from their fourth album, Blow Up, indicated that the new record was more adventurous and produced, and the single did become a Top 40 hit, yet the album itself failed to replicate the success of its predecessor.

Blow Up was their last album for Capitol, and they moved to RCA for 1994's A Date with the Smithereens, their first album since Green Thoughts to be produced by Don Dixon. By that time, the alternative and mainstream rock scenes had been heavily altered by grunge, which essentially left the band without an avenue for their records to be heard. The album bombed, but the Smithereens retained a sizable cult following that helped them tour successfully into the late '90s. In 1995, they released a pair of compilations, the hits package Blown to Smithereens and the rarities collection Attack of the Smithereens.

After a five-year recording hiatus, the group returned to the studio for 1999's God Save the Smithereens. Another series of compilations and live recordings appeared between 2000 and 2006, with Meet the Smithereens! arriving the following year along with a holiday album, Christmas with the Smithereens. Live in Concert! Greatest Hits and More, recorded at the Court Tavern in New Brunswick, NJ, appeared in 2008. Two tribute albums would follow, with B-Sides the Beatles arriving in 2008 and The Smithereens Play Tommy following in 2009. In 2011 they issued Smithereens 2011, their first album of original songs in 11 years.

The Smithereens' superb full-length debut Especially for You marries an unapologetically nostalgic affection for the melodic crunch of the British Invasion era with an equally unapologetic helping of postmodern melancholia. In tandem with Don Dixon's moodily atmospheric production, Pat DiNizio's lovelorn lyrics and world-weary vocals reveal the dark underbelly of his otherwise crisply infectious songs, lending standout tracks like "Strangers When We Meet," "Behind the Wall of Sleep," and the minor hit "Blood and Roses," both a unique flavor and an immediate familiarity. 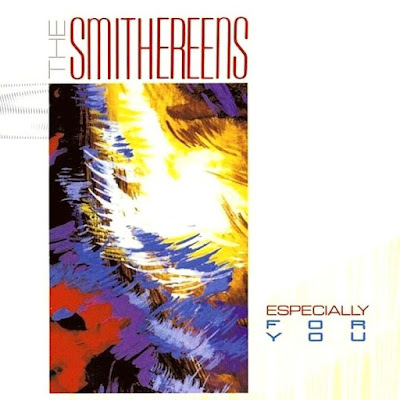 The Smithereens - Especially for You  (flac 292mb)

The Smithereens' excellent sophomore effort picks up where their debut, Especially for You, left off, with Pat DiNizio delivering another impressive batch of superbly constructed pop gems; tracks like "Only a Memory," "House We Used to Live In," and "Drown in My Own Tears" are immediately ingratiating -- instantly familiar, yet performed with more than enough energy and flair to sound new and exciting. Equally compelling are Green Thoughts' curveballs, like the countryish "Something New," the lovely ballad "Especially for You," and the dark, atmospheric "Deep Black," all of which deliver intriguing variations on The Smithereens' basic power pop formula. Another winner. 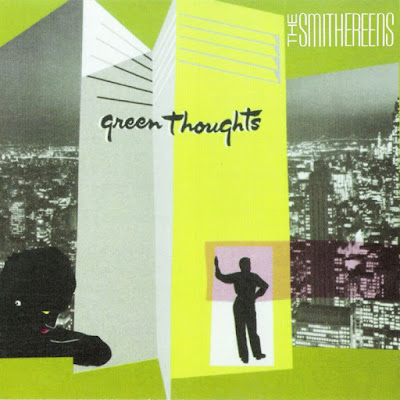 The third full-length album from the Smithereens, 11 (a title that refers to the classic 1960 Frank Sinatra film Ocean's Eleven), was something of a letdown after the solid, tough-pop perfection of their first two albums, Especially for You and Green Thoughts. While their previous sets boasted strong material from front to back, 11 is dotted with filler. And while "A Girl Like You," "Blue Period," and "William Wilson" are all great songs, many of the others sound like by-the-numbers pop tunes cranked out to pad the set to full length. Producer Don Dixon made the most of the dark and mysterious undercurrents of Pat DiNizio's songs and Jim Babjak's guitar, but Ed Stasium gives the band a solid, professional sound that is sadly lacking in personality; there's nothing wrong with the way the album sounds, but there isn't anything terribly engaging about it, either. As a band, the Smithereens still sound rock-solid here, but as an album it was sadly indicative of the creative ups and downs that would mark their recording career from this point forward. 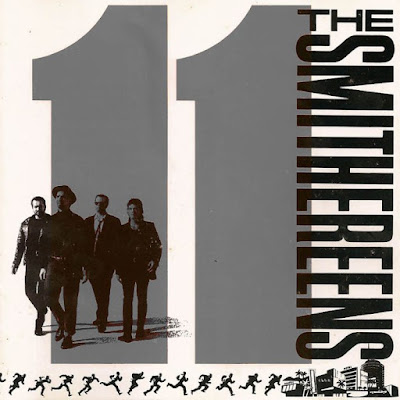 Not happy at all with that Jzip thing from multiup.org. I'll pass on that.
Thank you anyway

Sorry about that but then there's plenty of choice there

Never listened to the Smithereens - think I like 'em - thanks for posting.

possible re up on green thoughts?

Re-up seconded on Green Thoughts! Thanks

Rho, any chance of a repost of the Smithereens? Please and Thank You!! Mike

Hey, reup please the Smithereens 11 + Esp. For You

Thank you very much!