Hello, already a week into the new year, I've picked up a book about the flower of life in a second hand shop, which has led me to view a number of you tube vids, something i rarely do and have learned a lot even if most was not completely new to me. The video i posted here yesterday is maybe not the best example of what I mean, but it contains many elements that I think should be essential viewing for my visitors it's excellently presented and 2 hours well spent.

As mentioned previously there's been a big influx of Jamaicans in the UK these last decades and they seeded a vibrant reggae/dub culture, reason enough to post some of the results of exploring '90s U.K. Anglo dub. Following in the footsteps of the sound systems that inspired him, Mark Iration, with partner Dennis Rootical, has moulded and crafted a very personal Iration Steppas vibe, a particular style that has grown to be internationally recognised as one of the best on the block.  .... N'joy

Mark's initial involvement in the sound system world was purely as a fan following the likes of Jah Shaka and Jah Tubbys back in the late 70's and throughout the 80's. Like any real music lover he collected vinyl and got into DJ-ing, but it took the encouragement of a number of close friends until he started to put together his own system in 1990. Around the same time he also began to make music in his own studio, High Rise, culminating in two well-received debut releases 'Scud Missile' and 'High Rise Vibrations'.

However, it wasn't until he met Dennis Rootical back in 1993 that the Iration Steppas as we know them now were born. They met at a night called House of Roots down in London and very quickly realised that they were into each others sound. "We linked up from that day there, we haven't looked back since, just got tighter and tougher and stronger as friends and bredrins". This newly united duo began to record together, creating the quintessential techno-tinged dub sound that we now associate with the Iration Steppas. Releases such as 'Killimanjaro' and 'Reminiscence' affirmed that the Steppas were here to stay".

The Iration Steppas now had a following of their own, and from the responses they got from their peers and their crowds they discovered that their sound system and the music they were making was inspiring others to do the same, much to Mark's delight: "For Iration Steppas to inspire people to build sound systems and build music, it's a great honour because I know how they feel. That's how I got inspired - through a lot of other sound systems way back in them days, so I know what kind of feeling they are going through.

Never one to leave their roots very far behind, the Iration Steppas, along with local DJ Simon Scott, run the continually packed-out monthly Subdub night in Leeds. Lee 'Scratch' Perry, Jah Tubbys, Vibronics and Horace Andy are among the artists pioneering use of DAT machines on their sound system at Subdub that gave them the real edge, and they are now widely credited for having been the first to use DAT recordings of their own tracks and mix in live within their sets.

Always keen to spread the dub sound, the Iration Steppas have taken their unique style all over the world, from Norway to Italy, from the USA to Serbia and from Holland to Japan. If this wasn't enough, there have been plenty of side projects: Kitachi, their trip-hop style dub band which saw them tour with Prodigy and Dreadzone amongst others; Mark's production work for other artists like LSK ; and of course the continual search for new cutting-edge dub acetates with which to wow their crowds.

Whilst many fall by the wayside in the music business, fourteen years on from their initial beginning the Iration Steppas are still going strong and, in fact, are more focused than ever, being on the cusp of releasing both a much anticipated debut album 'Dubz from De Higher Regionz' on the acclaimed Dubheadz label as well as a highly desirable Subdub compilation entitled 'Digital Afrika', out on their own Tandoori Space imprint.
It's here we hit on the real heart of what the Iration Steppas are about: passion for music and perseverance, as Mark himself has said "If you get knocked down, you just have to come back stronger - it's very important to persist in what you are doing and to believe in yourself". 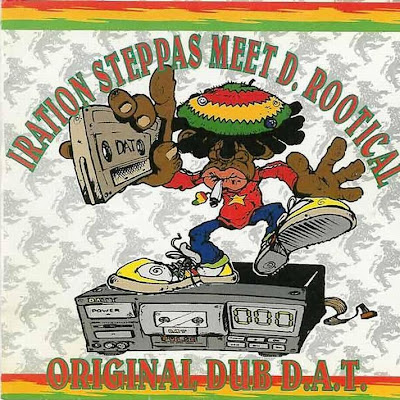 Kitachi was formed in 1993 and comprises Mark Iration, Dennis Rootical and Jack Rubles. Iration had various projects signed to Basic and Rhythm King Records, Rootical played bass with several reggae luminaries including Benjamin Zephaniah and worked with Acid Jazz Records as Hazardous Dub Company. Their debut A Strong Unit appeared on React Music’s Dope On Plastic imprint. The album fused elements of hip-hop, trip hop, house, roots and dub, and they supported its release with a European tour. Their range of influences is unlimited as Iration has said, their sound is about ‘the vibe’. They remixed the track ‘Heroes’ for Roni Size and Reprazent. Their second album, Stay Of Execution was released in May 1999, supported by the single ‘Boost Dem’. 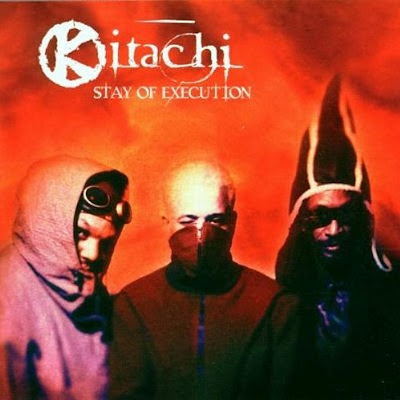 I had the record in my hand and I felt the energy in it even before I listened to the tracks. The vinyl has only 8 of them, that's a pity but I guess there are more on the CD. But no matter how many tracks, WHAT tracks, that's what counts. And yeah, heavy, dark, wicked, kicking, stepping, rocking, I don't need words to describe what this is about. And if you need a prove then check "Revelations (DUB)" and if you don't get a multiple ear-orgasm then I would say you must be musical impotent. "Original Dub DAT" was good but "Dubz From De Higher Regionz" IS the dub album. Forward the bass, turn on the volume and shake your head to the skanks. 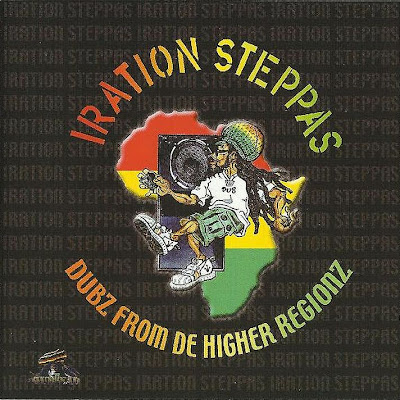 Could you re-upload Dubz From De Higher Regionz in FLAC please?

Ok Alexander, it's been re-upped N'Joy

Re up what Anon ?

Can you reupload Dubz from de higher regions please.

Ok the Dubz update has been updated

Give thanks for the reupload

Hi Rho. Would love all of the Iration Steppas re upped in flac if possible. Than you
Inertia from Oz

thx for the re-ups much appreciated

thank you for sharing all this great dub Rho.
i get a failed filecloud.io link for:
Kitachi - Stay of Execution (flac 437mb)
would love to hear it, any chance for a reup?
thanks again!

Hi, I really want to Dubz from higher endz album in flac. Could you please please PLEASE re-upload? A million thanks!! What an album, I cant even buy it anywhere