Hello, time to wish you all a happy New Year, 2013 and is this the real dimension or are our doubles off to live the good life, who's to say. We will have to make it work and break free from the many ties that bind us, collective amnesia being a persisting one, held up by our archaeologists that are more interested to have a career than uncovering the past, then there is our captivated consciousness held down by laws that forbid us to expand our minds. If those nitwit archaeologists had done their work we would know that without mindexpanding we would still be like apes. I won't be going on here about all that greedy selfishness that really leaves hollow shells where nothing real was in the first place.

As mentioned previously there's been a big influx of Jamaicans in the UK these last decades and they seeded a vibrant reggae/dub culture, reason enough to post some of the results of exploring '90s U.K. Anglo dub.   Shaka would operate his sound like a single instrument, the music played at ear-splitting distortion levels, the air torn by his trademark sirens and syndrums, the man himself caught up in the spirit, alternatively chanting, singing and dancing as furiously as many of those in the crowd.... N'joy

An enigmatic and highly individual performer on the UK sound system scene, Jah Shaka (his real name remains a mystery) came with his parents to the UK from Jamaica at the age of eight, settling in south east London. Succumbing to his passion for music, he began his career a few years later in the late 60s, playing in a band and travelling around in an obscure local sound system named Freddie Cloudburst. Inspired spiritually by his interest in Rastafari, and consciously by the American Civil Rights movement (particularly such exponents of black awareness as Angela Davis and George Jackson), he began to assemble equipment for his own sound, named after the great eighteenth-century Zulu, King Shaka, the ‘Black Napoleon’.

From quite modest beginnings in the early 70s, by the end of the decade Shaka’s sound had become one of the top three in the country, alongside such luminaries as Lloyd Coxsone and the Mighty Fatman, specializing in heavyweight, dubwise steppers material, and exclusive cuts on dub plates. However, whereas these and other sounds usually supported a team of selectors and DJs, Shaka performed all these functions alone, assistance in setting up the sound coming from a team of devoted youths for whom Shaka’s music was almost a way of life. His dances became famous for their spiritually charged atmosphere and the acrobatic, stylized dancing of the participants. Shaka would operate his sound like a single instrument, the music played at ear-splitting distortion levels, the air torn by his trademark sirens and syndrums, the man himself caught up in the spirit, alternatively chanting, singing and dancing as furiously as many of those in the crowd. That following notably included many of the pioneers of post-punk such as Public Image Ltd and The Slits.

In 1980 Shaka played himself in the film Babylon (directed by Franco Rosso, although he directed the scene he appeared in[2]), operating his Sound System in a soundclash at the climax of the story. That year, Shaka inaugurated his Jah Shaka King Of The Zulu Tribe label with the release of ‘Jah Children Cry’ by African Princess, which sold well in the reggae market. This was followed by the first instalment in his long-running Commandments Of Dub series. Over the years the label has carried well over 50 releases by UK-based artists such as Junior Brown, Sgt Pepper, Vivian Jones, Sis Nya and the Twinkle Brothers, as well as dozens of releases by Shaka himself, and Jamaican artists such as Horace Andy, Icho Candy and Max Romeo. With the decline of interest in Rastafarianism in the 80s, Shaka’s dances became more and more isolated affairs, the crowd thinning to a hardcore of older followers. However, Shaka’s adherence to Rasta, and the particular type of heavy, spiritual reggae with which his name has become synonymous, remained unswerving.

By the latter part of the decade a new, young, multiracial crowd of disaffected roots fans had begun to appear. Out of this crowd emerged a number of artists and sound systems that largely shunned contemporary reggae in favour of the revived sounds of the 70s and early 80s in which Shaka still specialised. Though seen by some observers as anachronistic and irrelevant, this ‘new dub school’, predominantly inspired by Shaka, nevertheless gained much support, nurturing and sustaining its own network of musicians, record labels, studios, sound systems, clubs and radio shows. Jah Shaka still plays on his soundsystem on a regular basis in the UK and from time to time in other countries, finally having recovered after heavy house fire injuries in 2000. His soundsystem gigs are a cultural institution that layed a huge impact not only on the developement of dub, but on English popular music altogether.

Jah Shaka's Commandments of Dub, Vol. 1 has a unique dub style that sets itself apart from other roots records. Throughout the album, Jah Shaka uses less organic sounding effects and plays with the rhythms sonically. His obsession with an effect that sounds like a siren doesn't fade and gives the album an overall character. Ringing chimes, pops and echoes color the tracks with a very recognizable style. Jah Shaka's production skills are impressive but he doesn't dub any standout rhythms. The clean sound of the bass and drums doesn't back up what he is doing behind the mixing desk, and it robs the record of some of its potential. Commandments of Dub, Vol. 1 is a layered, well-mixed album that shows Jah Shaka's unique dubwise technique but doesn't have the rough pounding rhythms that so many roots-dub records have. The bass and drums are loud and at the forefront but don't have the edge of a Keith Hudson or a Joe Gibbs' production. Commandments of Dub, Vol. 1 is an eerie mix with definite appeal for fans of dub production. 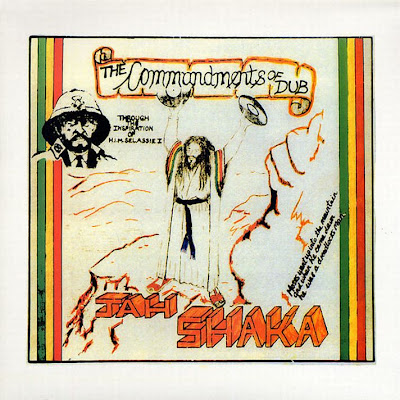 Originally released in 1984, then re-released 12 years later, this split CD featuring two of British dub's most prominent figures shows just how far the genre has come since its early days in Jamaica. A split CD with five tracks from each of the two legends, the album reminds us that there was a time when it was a producer's creativity, not mere technology, that made dub "versions" sound so hypnotic and otherworldly. Though not the best work either Mad Professor or Jah Shaka have to offer, this is the sound of two inventive dub masters in their prime. 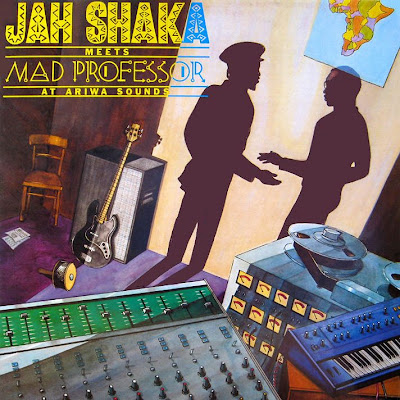 xxxxx xxxxx xxxxx xxxxx xxxxx
After successfully launching his career in Europe with his great contributions to Massive Attack albums it fell to Jah Shaka to bring Horace Andy back into the Rastafari fold with his Dub Salute. In the mid-1990s he also worked with Mad Professor, releasing the albums Life Is For Living and Roots and Branches. 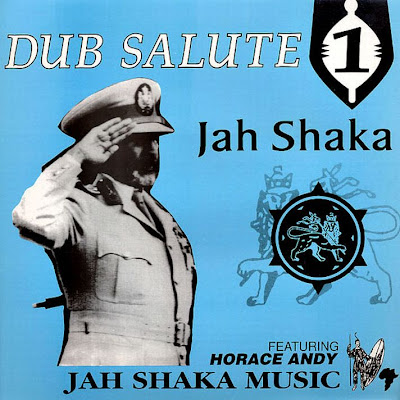