Hello, time to wish you all a merry Xmas, beware of the stresses that come with it, main thing is to relax and enjoy the party, now i've prepared a small Xmas 2012 Gift for you just 4mb, something to feed your tablet with perhaps...

As mentioned previously there's been a big influx of Jamaicans in the UK these last decades and they seeded a vibrant reggae/dub culture, reason enough to post some of the results of exploring '90s U.K. Anglo dub. The Disciples work best flaunting their synthetics proudly. Their heavyweight strength and amphetmine- fuelled, steppers time militancy overturns dub cliche's... N'joy

Disciples is Russ D. producer, musician, engineer on the uk reggae and dub scene since 1986. Originally Disciples were brothers Russ and Lol who produced music for legendary uk sound system man Jah Shaka, it was Shaka who gave them their name. They released their first album Deliverance, in 1987 on Jah Shaka King of the Zula Tribe Records, and released three more albums in subsequent years on Shaka's label. In 1991 they built their own sound system for gigging, and financed a successful 12-inch recording entitled Prowling Lion in 1993, releasing it on their newly started Boom-Shacka-Lacka Records. In 1996 they started a second label Backyard Movements Records  for roots vocal styles(Reggae, Jungle, Techno, Jazz, and World). Since 1996 the Disciples sound system was dissolved and brother Lol pulled out of the business, Russ D. continued to forward the studio and productions as well as continued dj..ing around the world with long time friend and micman Jonah Dan. Meanwhile The Disciples have worked with a number of artists over the years including Sister Rasheda, Rootsman & Dayjah, Delroy Dyer, Creation Stepper, Candyman, Wayne McArthur, Prince Allah, Prince Malachi, Mykal Rose, Color Red, Lutan Fyah, Ras Macbean, Christine Miller, Bunny Lie Lie, Danny Vibes, Tenastillin, Tony Roots, African Simba, Sis Nya Azania, Avaran, Murreyman and many more, as well as productions and remixes for the likes of Inner Sanctuary, Alpha & Omega, Jah Tubby..s, Twilight Circus, Cultural Warriors, Jah Warrior, Universal Roots, Roots Hytek, VI Connection and others, with something like 20 plus albums and over 60 singles released so far on their own and various labels.

The Disciples have consistently been among the more imaginitive new wave roots outfits in the UK. ..Hail HIM in Dub.. consists, not too surprisingly, of versions to tracks from the Empress Rasheda album, with said voice drifting effectively in and out of the inteligent mixes. A worthy companion piece, with texture and thoughtful use of samples, that stands well on its own." For Those Who Understand (Boom-Shacka-Lacka) "This comes with a photograph of the Boom-Shacka-Lacka sound system on the cover to help ease the listener into the required mood, and represents raw dubplate material familiar to the sounds. 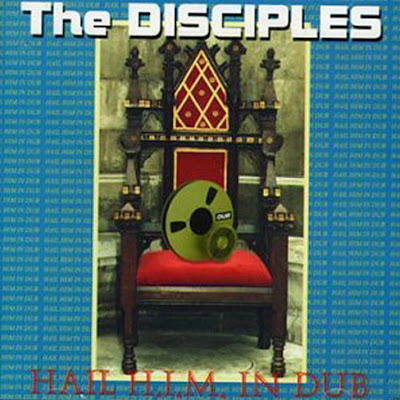 The portentious title may not do it any favors, but this is actually a fine, no frills collection of spaced-out grooves. And while much of what passes for electronic dub these days is merely lumpen trance-dance served up by stoned Goan hippies who once listened to a Burning Spear album, The Disciples (who may very well have done the same in their spare time) have clearly absorbed the basic musical lessons. For a start they resist the temptation to produce ten minute epics, opting instead for bite-sized versions which rely more on sharp rhythmic awareness for their effect than droning, post-ambient synth solos. And while it may lack the cosmic madness of a Lee Perry or King Tubby, theres plenty to occupy the attention span of your average armchair space cadet. 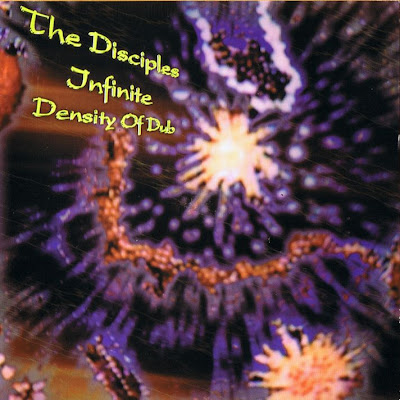 From the title to the sleeves Coptic iconography to the music - propulsive dub reggae - it would be easy to think that the artists were Kingston ghetto youth booked with oneway tickets on the Black Star Liner to Ethiopia. In reality, both groups come from Blighty: Alpha & Omega are Christine Woodbridge and John Sprosen, from London and Plymouth, while the Disciples consist of brothers Russ and Lol Bell-Brown from the Surrey suburbs. Veterans of the UK sound system scene, here they provide 14 woofer testing remixes of each others tunes with broiling rhythms, eerie effects and spectral vocals the order of the day,  influenced by Jamaican masters King Tubby, Augustus Pablo and Yabby Yu but scarcely overwhelming. 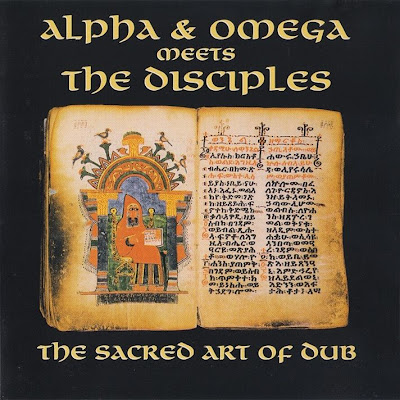 Any chance of new links? Unfortunately these are all dead :(

Would very much appreciate a re-up of the above when time allows, please Rho.