Hello, time for some more Beats and as last weeks artist has been so prolific it made sense to have another post and still leave his recent work (last decade) for you to discover...

An artist that no one dares plagiarize for fear of making an idiot out of themselves – and in the world of cheapskate bandwagon jumpers known as modern electronic music, that's really saying something. Squarepusher remains forward thinking, relevant and as predictably unpredictable as ever.... NJoy

So what's up with this Squarepusher ?

"I originally wanted to play the electric guitar, but an early insight into the typical psychological make-up of electric guitar players put me off. The driving rationale behind me wanting to play bass was an intrigue about what underpins the general sound picture in modern music. Everybody is acquainted with the singing voice, and most could identify an electric guitar, but the bass is more mysterious. Certainly the bass register is familiar, but the sound of the bass guitar is typically hidden away at the back of a mix. I found myself drawn to this strange sonic hinterland. On the rare occasions where exposed bass-lines could be heard, I found the deep tones very appealing and had to know more!"

Jenkinson was born in Chelmsford, Essex in 1975 and was educated at King Edward VI Grammar School.In 91 the local dance music sage and DJ Hardy Finn introduced Tom to the hitherto hidden worlds of Detroit Techno,  Hardcore, Acid House and New York Garage. Tom made a drastic revision in his outlook due to evocative power of this newly found music. He went on to study Fine Art at Chelsea College of Art and Design. A self-taught drummer and highly skilled bass guitar player, his style of extremely fast, cut-up beats mixed with fusion jazz and interlaced with synth lines and samples has gained him a cult following. He is a friend of Richard D. James (Aphex Twin), and Luke Vibert. His albums have been critically acclaimed for their forward-thinking approach to electronic music. He's a bit of a recluse and interviews are done by email, yet he can be seen playing bass at the local pub now and again.

Jenkinson performs live, playing with a fretless or fretted bass guitar, a laptop, and other hardware. On 26 June 2005, Squarepusher played at London's Royal Festival Hall as part of the Jimi Hendrix tribute show "Songs of Experience". His 12-minute performance was built up of a medley of Hendrix tracks played solely on the bass guitar with the use of effects (he got RHCP's Flea exited)

Critical acclaim for Jenkinson's work peaked with 1998's Music Is Rotted One Note, for which he became a one-man fusion group -- multi-tracking himself playing drums, bass, and keyboards. The following year, he released two EPs (Budakhan Mindphone, Maximum Priest) and another full LP, Selection Sixteen. Go Plastic appeared in summer 2001, featuring the closest thing to a hit Squarepusher had ever seen with the single "My Red Hot Car." Subsequent releases such as 2003's Do You Know Squarepusher and 2004's Ultravisitor found him refining his fusion of composition, programming, and musicianship, characteristics that were also heard on 2006's Hello Everything and 2008's Just a Souvenir. After a record of solo bass (titled Solo Electric Bass, Vol. 1), he unveiled his next project, a masked foursome named Shobaleader One that released a 2010 collaboration album (Shobaleader One: D'Demonstrator) consisting of throwback electronic pop with an R&B edge and synthesized vocals, not unlike Daft Punk. In 2012, Jenkinson returned with the coldly symphonic Ufabulum, adding an apocalyptic soundtrack feel to his already dense programming.

The one-man drum'n'bass outfit Squarepusher (aka Tom Jenkinson) treads upon more unpredictable terrain on Music Is Rotted One Note. Although the album still contains elements of his usual drum'n'bass sound, this is by and large a jazz/fusion affair. Jenkinson does a masterful job playing all the instruments live and by himself, and perfectly re-creates the funky atmosphere of such early-'70s Miles Davis classics as Get Up With It and On the Corner. Jenkinson's performances throughout the disc are both flawless and inspired -- he obviously realized that if he were to pay tribute to Miles, nothing but the best would do. Davis' spirit lives on in such tracks as "Don't Go Plastic," "Dust Switch," "137 (Rinse)," and "Theme From Vertical Hold," while "My Sound" perfectly captures the essence of Miles' calming and reflective compositions. But don't be misled; this is not a by-the-numbers rip-off of Miles Davis. Jenkinson updates these familiar sounds with '90s recording techniques and injects enough of his own style into the mix to keep it recognizable. Miles would be proud. 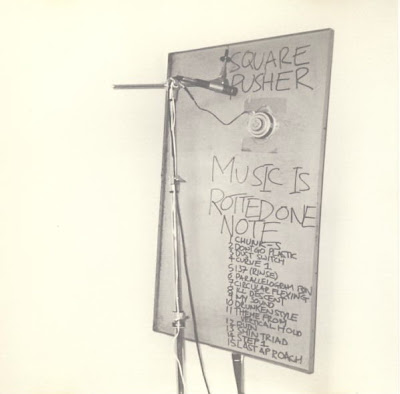 After releasing more than two hours worth of material in less than a year, Tom Jenkinson returned in late 1999 with what looked to be another full LP, comprising 17 tracks and clocking in at 45 minutes. In fact, it's regarded as a "mini-album" and plays the part well. Similar to the 1999 Squarepusher EPs Budakhan Mindphone and Maximum Priest, Selection Sixteen alternates what sounds like outtakes from his last LP (Music Is Rotted One Note) -- that is, short organic fusion cast-offs -- with a set of hard-edged acid tracks, most of which chart the hyperkinetic drum'n'bass programming that fans expect. The album comes off surprisingly well, given both the glut of Squarepusher material in 1999, and the fact that Jenkinson is mixing'n'matching crazed drill'n'bass and more stately jazz-fusion, with little regard for album flow. The highlight here, "Square Rave," takes a little bit from both camps and ends up sounding like Aphex Twin (circa Selected Ambient Works 85-92) if he'd been working with jungle breakbeats. In addition to the 13-track album are four remixes, including one on which Jenkinson recruits his brother Andy for remixing duties. 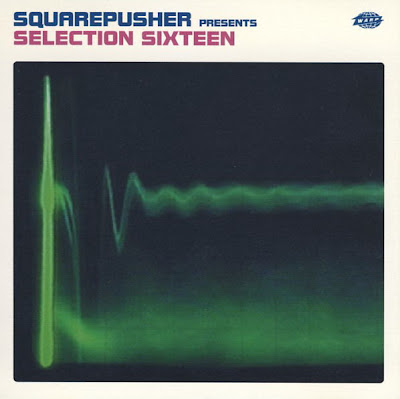 Realizing that another obsessively imitative jazz fusion workout could quickly become a blind alley, Squarepusher's Tom Jenkinson returned to the green fields of drum'n'bass for 2001's Go Plastic, and sounds quite refreshed for having taken the holiday. As one of the track titles ("Go! Spastic") attests, Jenkinson's back to heavy drill'n'bass, the practically undanceable collision of fractured breakbeats and sample-a-second riffs he made popular with his earliest work as Squarepusher. The opener and first single, "My Red Hot Car," is probably the most together production on the album, filtering drill'n'bass through the prism of the stylish British 2-step all the rage in clubland during recent years. (Even though the vocals are filtered and messed with, the risqué, scene-satirical lyrics are still audible, putting the track right in line with twisted, bizarro classics like Aphex Twin's "Come to Daddy" and "Windowlicker.") Jenkinson quickly moves from the single to "Boneville Occident" and "Go! Spastic," a pair of drill'n'bass knockouts that veer from pointed, endlessly complex breakbeats to downbeat hip-hop at the drop of a hat. He also approaches some sort of nadir for time-stretched drum'n'bass chaos on the seventh track, "Greenways Trajectory" -- the breakbeat carnage is packed together so tightly that, eventually, the entire production is reduced to a series of dog-whistle test tones.

It's clear Go Plastic is a work of programmed electronics, with little of the jazz influence or played instruments audible on 1999's Music Is Rotted One Note. Jenkinson uses a lot of classic, sampled breakbeats -- reminiscent of early jungle and hardcore -- and even reprises the original "jump wide!" vocal-sample classic, tweaked separately in both channels at the same time. Toward the end, Jenkinson trades the experimentation for a bit of mood-setting on pieces like "Tommib" and "Plaistow Flex Out," but these are only temporary detours from some serious programming chaos. Any jazzbos left over from his previous work may be in for a rude awakening to the frenetic programming and primitive acid house textures; still, fans of Squarepusher from the beginning will be overjoyed to hear him back doing what he's done best. 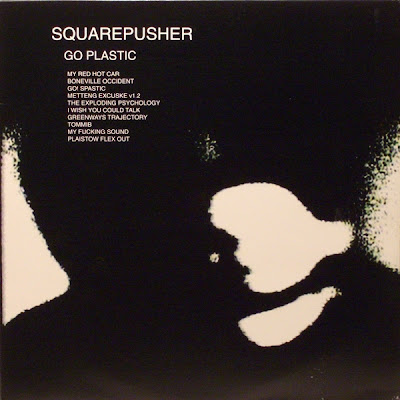 Can go-plastic be re-upped ? I'd appreciate it a lot. Thank you.

Wow, didn't expect it that fast. Thank you very much.

Hi Rho, any chance for a reup of "Music Is Rotted One Note"? That'd be supernice! Thank you so much for your lovely work.

And another "thank you so much" - love your blog and also the reups, thank you for taking the time to do this!

Many thanks for the re-ups.

Could you re-up Music is One Note Rotted again? That would be awesome.