Hello, some more around the world, this time around Brittany (France), singer Denez Prigent , well versed in the classic, often tragic, melancholic songs of his region choses for his second album, Me zalc'h ennon ur fulenn aour ( i keep a spark of gold within me) to crossover and incorperate some danceelements giving his bretonfolk a more contemporary feel .

Denez Prigent, born 17 Feb , 1966, is a French singer from Santec, in Finistère region of Brittany, he discovers traditional Breton music in the late 60's, and specially the gwerzioù which he learned from his grand-mother. He also learned the kan ha diskan from Alain Leclère and will make his first appearance as a singer in a fest-noz at 14 years old. In 1987, he wins the kan ar bobl award. After a few years work in a local radio, during which he collected a huge amount of gwerzioù and kan ha diskan songs, he finally steps into a professional singer status as he performs during the Transmusicales, a rock festival, in 1992 and prooves that the a-capella breton tradition singing can move all kind of audience. Dressed in black and a hand on the ear, his singing is deeply rooted by his accent. This same year, he records his first album, Ar gouriz koar (the wax belt) primarily made up of songs has cappella, featuring traditional songs and compositions by Bernez Tangi, Denez Abernot or Yvon Gouez.

Denez records his second album Me 'zalc' H ennon ur fulenn Aour (I keep in me a spark gold) in 1997. This album before gardist interfering compositions traditional inspiration and new electronic music (jungle, trip hop, house…) gains national and international success. Today, this album became a classic.Denez keeps on going this way by modernizing the living tradition (and does it very well) but also keeps with his famous a-capella songs or kan ha diskan songs together with Louise Ebrel.

In 2000, sees a new album Irvi (Ways of scum). Electronics is always quite present there, but above all it's an album of duets. Denez Prigent invites Bertrand Cantat the singer of Noir Desire, LISA Gerrard the singer of Dead Can Dance as well as the jazzman Louis Sclavis, the viellist Valentine Clastrier and the bell ringer of uilleann pipe Davy Spillane emblematic figure of the Irish music. The song “ Gortoz has ran ” which opens the album will be integrated in the original soundtrack of the film Black Hawk Down ( Ridley Scott). After a series in concerts, Denez Prigent records a Live with the Festival Interceltique of Lorient in August 2001

In 2003 he released , Sarac' H (into Breton, name given to the rustle which the wind in the foliage makes), his fifth and thusfar last album. One finds again there LISA Gerrard but also Yanka Rupkina the soloist of the Mystery of the Bulgarian Voices, Karen Matheson and sami Mari Boine. Denez Prigent also invites celebrates it player of Bouzouki Donal Lunny, Nabil Khalidi one of the uncontested Masters of the Arab lute and the violonists virtuosos Ronan Pinc and Farhad Bouallagi. This opus gained a strong recognition by the public aswell as the critics. 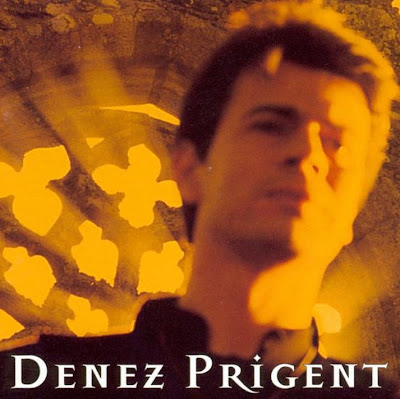 You may have noted that more (10)pages have been taken down by blogspot , unfortunately the anonymous persons that complained never took the trouble asking me to taken down the album they claim hurts their wallet...more then the current financial/housing malaise..it is clear to me that the source is the UK , the real pity is that the other unchallenged albums and all the write ups dissappear aswell. So hereby i challenge the deleter to just comment and request the deletion of the contested link..this btw has happened twice in the past two years and i obviously complied. Please, whoever you are stop this cause of action. Rho
Posted by Rho at Tuesday, October 28, 2008