Hello, Sundaze 33 and some relaxing and introspective music coming up. First off, Craig Armstrong his work with Massive Attack drew the spotlights but he already build a career before that, afterwards he build strongly on the opportunities that came his way, he's an established Soundtrack composer, and even if 'As If To Nothing' is his 2nd regular album, obviously his music creates images making it a virtual soundtrack.....secondly Ullrich Schnauss, the German really come to his own with his retro-futurist second album....Finally another Muzik Mag cd, promoting their radio show , The Blue Room, Chris Coco and Rob Da Bank chill and get all mixed up....

Armstrong studied musical composition, violin and piano at the Royal Academy of Music where he was awarded the Charles Lucas prize and the Harvey Lohr scholarship for composition. He was also awarded the FTCL Fellowship in composition, and won the GLAA Young Jazz Musician of the Year in 1982. During the 1980s, Armstrong's composition work included commissions from the Arts Council for various classical ensembles in Scotland, and he also served as resident composer at the Tron Theatre in Glasgow. Armstrong's production career took off in the early '90s. He composed music for several BBC and STV productions during this time, but his big break came with the Scottish pop trio Big Dish. Armstrong co-wrote three songs on the trio's Satellites album, released in 1991, and also provided string arrangements for the album. Three years later, in 1994, Armstrong worked with renowned trip-hop group Massive Attack on its genre-defining Protection album. By the end of the '90s, Armstrong had collaborated with such big-name artists as U2, Madonna, Hole, the Spice Girls, the London Suede, and Tina Turner, in addition to many other lesser-known artists.

Armstrong's solo debut, The Space Between Us, was released on Massive Attack's Melankolic label in 1998. The album didn't prove to be as popular as expected, but it nonetheless increased Armstrong's reputation as a noteworthy producer. During this same late-'90s era, Armstrong continued working on soundtrack projects, which remained his most acclaimed work. However, he worked on soundtracks for much more successful films such as Mission: Impossible (1996), Romeo + Juliet (1998), Cruel Intentions (1999), and -- perhaps his most celebrated soundtrack work -- Moulin Rouge (2001). Following the success of Moulin Rouge, and its second volume, Armstrong returned in 2002 with his second non-soundtrack full-length effort, As if to Nothing, which boasted a new version of U2's "Stay (Faraway, So Close)." In 2004, he provided the score for the Ray Charles biopic Ray, and in 2005, an anthology of his film work was released. His most recent film scores are for Richard Curtis's 2003 film Love Actually, the Academy Award winning Taylor Hackford film, Ray (for which Armstrong won a Grammy Award) and Oliver Stone's 2006 film World Trade Center.

If the lush, sweeping strings and ambient beats of The Space Between Us seemed cinematic, As if to Nothing suggests an even bolder turn toward film score territory. It's an indication of how Armstrong's stock rose after Moulin Rouge was released and after his work with Massive Attack was featured in advertisements and soundtracks around the world that so many collaborators join the fray here. Bono, Evan Dando, Mogwai, Photek, and David McAlmont all attempt star turns, and less well-known performers from Big Dish, Alpha, and Laub get in on the festivities as well. But Armstrong's string arrangements are still the focal point, to the extent that most of the collaborators are relegated to a back seat. In 2004 he released Pianoworks, containing solo piano pieces from different soundtracks played by himself. Followed by the Film Works 1995 - 2005 compilation. His latest album, Memory Takes My Hand will be released early june.. 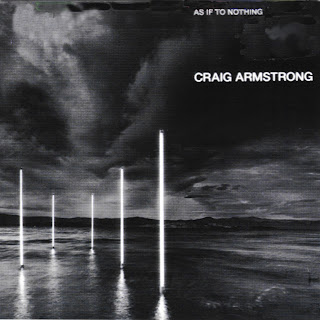 Ulrich Schnauss was born in northern Germany fishing port Kiel in 1977. During his formative years, he grew a love for a broad spectrum of music ranging from My Bloody Valentine to Tangerine Dream, to early bleep & breakbeat tracks. There was not much opportunity to see some of his musical heroes in Kiel, so the inevitable pull of the big city meant a move to Berlin in 1996.

By that time Ulrich's musical output had already become prolific with a variety of pseudonyms (most notably View to the Future and Ethereal 77) veering from ambient to drum and bass via electronica. These earlier works were soon catching the eye of Berlin electronica label CCO (City Centre Offices) who took up the story. Soon these submissions to CCO developed into Ulrich’s first album under his own name entitled  Far Away Trains Passing By which as it slowly seeped into peoples' consciousness became an electronic classic. Listeners were taken with the lush instrumentation and the emotion of the elegant, simple and beautiful music.The album became a critical hit and gained more and more listeners through the next couple years as it seeped into the far East and America.

Yet nothing was to prepare his growing army of supporters for this next record A Strangely Isolated Place which slowly came together during 2003 into a record that really showed some of Ulrich's youthful indie influences. His debut album under his real name established his pedigree as an outstanding electronic composer, but somehow he managed to take it further by developing his interest in songwriting for electronic music, born of his love for such giants of the independent world as My Bloody Valentine's Kevin Shields and Cocteau Twins' Robin Guthrie.From this humble conception, comes forth a record of surprisingly rare emotional power. A Strangely Isolated Place became a genuinely word-of-mouth record slowly growing in stature. The results are an oddly retro-futurist record, which owes more to MBV's Loveless or Vangelis' Blade Runner soundtrack than Ulrich's computer peers.

Since the release of both albums Ulrich has been asked to work with and remix a host of artists, he has done occosional live shows and meanwhile his third album, "Goodbye", was released a year ago. Early 2007 he joined Longview as their keyboardist, maybe less surprising considering he's done many remixes of their work allready, most notably the bonus remix cd of Longview's debut album "Mercury" rereleased in 2005.

From 2002 and until September 2006, Chris Coco and Rob da Bank were the joint presenters for BBC Radio 1's The Blue Room. Rob da Bank remains as presenter for the network's leftfield music programme. To boost their mediapresence, a month after they started the The Blue Room show, Muzik Magazine let them compile that months bonus cd. The result, 70min of lazy space grooves.... 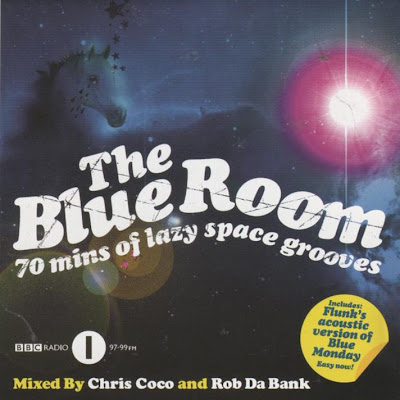 Hey,
I am having trouble transferring ogg files with a mac
help please!

Hello Anon, you are not the first here, obviously google can help but i would advice to check out Audacity its free for more info check http://audacity.sourceforge.net/

Could you please reup these Ulrich Schnauss albums as well? Thank you very much Rho.

please can you re-up the Schnauss stuff? Many thanks