Hello, Rhotation 26, and that marks the halfway mark of a year long of Rhotation, time for a lttle round up, the coming week i will post a daily overview of what was posted at each theme thusfar in the comment section.

Into BPM tonight goes in 2 trance. There's a big array of subgenres for that relatively young genre, but then maybe thats because it's become so popular, it's broad appeal. Tonight i present some classic trance by Jam & Spoon, some time ago i posted the superb ambient followup album to todays Tripomatic Fairytales, these guys were in a flow back then. Jam had previously worked with DJ Dag as Dance 2 Trance, in fact their album here came about in roughly the same timeframe as the Tripomatics, however Revival is much more straight dance trance whilst Jam & Spoon are more seeking, risktaking, creative...from some cd singles i compiled 7 instrumental trax some remixed, all rather fast.... From the start of trance to what is undoubtely its biggest star currently, Tiësto. On the album here he still carried the DJ prefix, the first In Search Of Sunshine series gave have a lot of positive respons and started him on a tour that never stops...

The trance sound beyond this acid-era genesis is said to have begun as an off-shoot of techno in German clubs during the very early 1990s. Frankfurt is often cited as a birthplace of trance. Some of the earliest pioneers of the genre included Jam El Mar, Oliver Lieb, Sven Väth, and Torsten Stenzel, who all produced numerous tracks under multiple aliases. Trance labels like Eye Q, Harthouse, and MFS Records were Frankfurt based. Arguably a fusion of techno and house music, early trance shared much with techno in terms of the tempo and rhythmic structures but also added more melodic overtones which were appropriated from the style of house popular in Europe's club scene at that time. However, the melodies in trance differed from euro/club house in that although they tended to be emotional and uplifting, they did not "bounce around" in the same way that house did. Trance records are often heavily loaded with reverb and delay effects on the synthesizer sounds, vocals and often parts of the percussion section. This provides the tracks with the sense of vast space that trance producers tend to look for in order to achieve the genre's epic quality. Flangers, phasers and other effects are also commonly used at extreme settings - in trance there is no need for sounds to resemble any real-world instrument, and so producers have free rein.

Jam & Spoon (Rolf Ellmer, classically trained composer) and Markus Löffel ( aka DJ Mark Spoon) are a duo from Frankfurt, Germany. They also worked under the pseudonyms Tokyo Ghetto Pussy, Storm and Big Room. Their first album, BreaksUnit1, was released in 1991. They had their first hit with the 1992 song "Stella," considered to be a trance classic. It was widely played, remixed and bootlegged in the dance club community for many years after its release. Their first international and commercial success was in 1994 with the singles "Right In the Night" "Find Me" and "Angel". These tracks featured vocals by singer Plavka Lonich. The first of Jam & Spoon's separately released but thematically linked Tripomatic Fairytales focuses on uptempo eco-techno and trance. The albums Tripomatic Fairytales 2001 and Tripomatic Fairytales 2002 , a landmark in tech-ambient, were released in 1994, followed by Disco 2001 (1995) as Tokyo Ghetto Pussy, Kaleidoscope (1997), Stormjunkie (2000) as Storm, and finally Tripomatic Fairytales 3003 (2005). In 2000 they remixed "The Chase," a 1979 Giorgio Moroder track. Credited to "Giorgio Moroder vs. Jam & Spoon", the song hit number 1 on the U.S. Hot Dance Music/Club Play chart. In June 2002 "Be.Angeled" hit number 4 on this chart. Markus Löffel died of a heart attack in his Berlin flat on 11 January 2006 at the age of 39. September, 2006, a two compact disc set titled Remixes & Club Classics was released to celebrate Mark Spoon. It is the first compilation of the duo's collected works, and features an exclusive track Be.Angeled - Tribute to Mark Spoon, performed live at the 2006 Love Parade in Berlin. 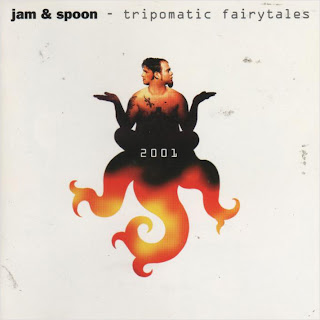 Sourced from 2 different Angel cd singles aswell as the Find Me cdsingle a compilation of the harder, faster side of Jam & Spoon..with some great remixes..Love Parade here we go 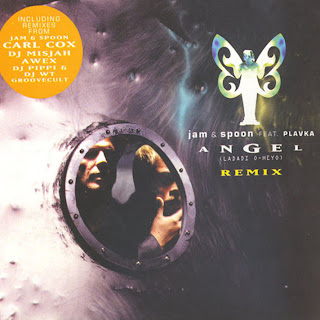 Dance 2 Trance (comprised of Rolf Ellmer [aka Jam El Mar], a classically trained composer; and Dag Lerner, a DJ) is believed by many to be one of the first trance music acts. The promotional vinyl release of their song "We Came In Peace", from 1990, is one of the first pieces of music in history to fall into the "trance" genre. Many of their lyrics are about Native Americans and the way we believe they have lived. Culminating in their first album Moonspirits (93) Late 94 they released Revival. When Jam (Ellmer) left in 1995 to focus on composing for his main project, Jam & Spoon Dance 2 Trance came to an end, a year later a compilation album Works was their epitaph. 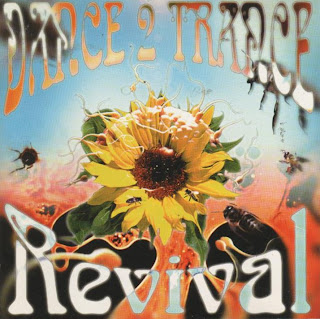 Tiësto (Tijs Verwest) began DJing professionally at school parties and then moved on to become a resident DJ between 1985 and 1994 at several clubs in the Netherlands. During these years, he produced hardcore/gabber tracks under aliases such as Da Joker and DJ Limited. However, it was at The Spock, a small club in Breda, where he was able to fine-tune his own style by playing in a separate room from 10 pm until 4 am on weekends. In the mid-1990s, he started to produce trance, and in 1997 he and Arny Bink co-founded Black Hole Recordings to support his work releasing a series of singles under various aliases. Black Hole Recordings and its sub-label Magik Muzik continue to sign Tiësto's vision of trance – producing musicians and DJs. During this period, DJ Tiësto had been releasing the Magik series, which has had seven installments starting in 1997 and ending in 2001, after this Tiësto began releasing the In Search of Sunrise series, that is a compilation of Tiësto's mixes with tracks from other DJ's.

Tiësto's fame started to rise in the late 1990s after his set at the first ID&T Innercity party, and it continued to skyrocket in the early 2000s following his six-hour "Tiësto Solo" sets. This idea, of one DJ playing alone to a large crowd, was brought to its pinnacle when Tiësto was the first DJ to hold a solo concert in a stadium; on May 10, 2003, he performed for over 25,000 people in Arnhem's Gelredome. This concert was later called "Tiësto in Concert", the event was an enormous success. Due to these concerts and the release of In My Memory, his first solo album released in 2001 which contained 10 singles he was crowned as "No. 1. DJ in the World" by DJ Magazine (UK) in 2002, 2003, and 2004. In 2004 he released his second artist album Just Be, which featured the instrumental hitsingle Traffic .

The Athens Organizing Committee for the Olympic Games asked Tiësto to perform at the Olympic Games, making him the first DJ to play live on stage at the 2004 Summer Olympics Opening Ceremony in Athens for 90 minutes. A condensed studio-recorded album of the songs played on the Olympic set was later released, including new songs especially composed for the occasion, entitled Parade of the Athletes in October 2004. In 2005 Verwest took "Tiësto in Concert" to the United States when he played to thousands of fans.. For the second year in a row he performed live at a New Year's Eve/New Year's concert in Las Vegas, Nevada at the Orleans Arena to a sell-out crowd. Fall of 2005 he went on a very successful tour across Central and Eastern Europe Ukraine, Slovakia, Serbia, Macedonia, Romania, Hungary, the Czech Republic, Turkey, Croatia, and Poland . Tiësto also performed at the UNITY festival in South Africa . At Sensation White in 2006 he performed to over 45,000 people in the world's biggest dance event in Amsterdam, a huge number that was surpassed later that year when some 250,000 people danced on Ipanema Beach, Brazil.

In April 2006 Tiësto was named the official worldwide ambassador for the Dance4Life foundation promoting awareness of HIV/AIDS. DJ Tiësto, as the foundation's ambassador has helped the organization with fundraising along with recording the track "Dance4life", which marks the beginning of "Elements of Life", the fourth solo CD, released on April 16, 2007. The album contains collaborations with Jes, Julie Thompson, Charlotte Martin, Christian Burns, BT, and Maxi Jazz of Faithless featuring on Dance4Life. In December 2007 it was announced that the album was nominated for a Grammy Award. Earleir this year The Elements of Life World Tour DVD was released , a result of a year globetrotting for Elements of Life..The 39 year old has recently announced that he''s found time to fall in love and plans 10-10-08 to marry Stacey, a girl have his age....can you feel it ! 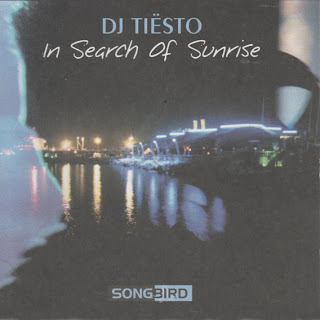 Hello, here is the overview of what came by Into BPM thusfar the number between brackets points to the Rhotation number.