Hello, as promised last week an encore for the Hitchhikers Guide To The Galaxy adepts , the 2005 movie soundtrack. The Hollywood movie may have gotten a mixed reception, the soundtrack , however, was an entirely British affair.

Born in Wimbledon, London, Joby Talbot initially studied composition at Royal Holloway and Bedford New College under Robert Saxton. In 1993 Talbot first met Neil Hannon and began arranging and performing with his group The Divine Comedy. One of their tracks, "In Pursuit of Happiness", was used as the theme music for BBC TV's Tomorrow's World.

Other works for television written by Talbot include the theme music for Young Musician of the Year, and the music for the highly successful BBC 2 comedy series The League of Gentlemen, which was awarded the Golden Rose at the Montreux International TV Festival. During 2004, Talbot was Classic FM's first resident composer. Talbot wrote a new piece of music, scored for up to five instruments, each month for the year of his residence. These pieces have also been premiered and playlisted on Classic FM. The twelve compositions form part of a larger piece, released on a CD entitled Once Around the Sun on May 23, 2005.

Talbot wrote the original music for the film version of The Hitchhiker's Guide to the Galaxy, as well as music for the film The League of Gentlemen's Apocalypse. Other screen credits include the television comedy series The League of Gentlemen, and two silent films for the British Film Institute: Alfred Hitchcock's The Lodger and Evgeny Bauer's The Dying Swan. Talbot has recently completed the original music for Garth Jennings' new film Son of Rambow. 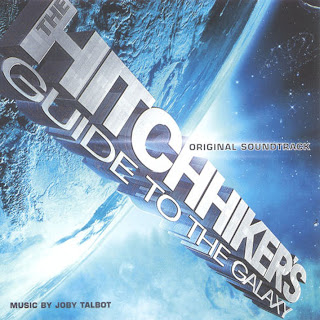