Hello, it's midweek, time to recall the Eight-X , a time that saw an explosion in musical creativity coupled with new media, the video clip. A time when things were still somewhat structured , surveyable and niches had little depth. How different these days, every week hundreds of albums are thrown in the now global mix, the production costs have dropped sharply, the money is in the marketing and thus there the decisions are made, a proces that started in the eighties btw.

For my first band of the day, things started as they did back then, a single, get picked up by an indie label, make an album, tour get recognised/credit and the bandwagons running at least as long as the mutual synergy is percieved to last, a decade is a long time Echo and The Bunnymen just about got there. Never mega but big enough , here's the first album thats set them on their path, its rather short (32min), later versions added 2 tracks but this is the first release, anyway as they say, short but sweet. ...Second up ..Landscape a band with more history than i thought, as they toured the circuit since 75 but got in the picture after placing synths in focus, after their first album did nada, with their second they even scored a hit the frivolous einstein a gogo, well it got balanced by the second single Norman Bates which showered them with some serious credibility, even if the title of the album makes me wonder, From The Tea-Rooms Of Mars ... To The Hell-Holes Of Uranus, now i can live with Tea Rooms on Mars but Hell Holes of Uranus ? Venus would have been much more applicable.... Finally China Crises ..seriously sweet...but after this album Working With Fire & Steel, commercially things glided south, still they managed a little tour last year to celebrate 25 years of China Crises even if they didnt release anything anymore during the second half of that period, i guess they rode the Eight-X wave...

The Bunnymen grew out of the Crucial Three, a late-'70s trio featuring vocalist Ian McCulloch, Pete Wylie, and Julian Cope. Cope and Wylie left the group by the end of 1977, forming the Teardrop Explodes and Wah!, respectively. McCulloch met guitarist Will Sergeant in the summer of 1978 and the pair began recording demos with a drum machine that the duo called "Echo." Adding bassist Les Pattinson, the band made its live debut at the Liverpool club Eric's at the end of 1978, calling itself Echo & the Bunnymen. In March of 1979, the group released its first single, "Pictures on My Wall"/"Read It in Books," on the local Zoo record label. The single and their popular live performances led to a contract with Korova. After signing the contract, the group discarded the drum machine, adding drummer Pete de Freitas.

Their debut album, Crocodile, was produced by The Chameleons and Ian Broudie. Echo's brilliant, often harrowing debut album beginning with the dramatic, building climb of "Going Up," at once showcases four individual players sure of their own gifts and their ability to bring it all together to make things more than the sum of their parts. Will Sergeant in particular is a revelation -- plays the electric guitar as just that, electric not acoustic, dedicated to finding out what can be done with it while never using it as an excuse to bend frets. His highlights are legion, whether it's the hooky opening chime of "Rescue" or the exchanges of sound and silence in "Happy Death Men." Meanwhile, the Pattinson/De Freitas rhythm section stakes its own claim for greatness, the former's bass driving yet almost seductive, the latter's percussion constantly shifting rhythms and styles while never leaving the central beat the song to die. Then there's McCulloch himself, and while the imagery can be cryptic, the delivery soars, even while his semi-wail conjures up, as on the nervy, edgy picture of addiction "Villiers Terrace," Brisk, wasting not a note and burning with barely controlled energy, Crocodiles remains a classic. 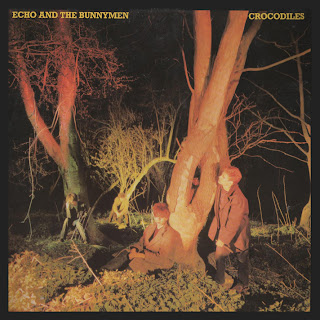 Landscape - From The Tea-Rooms Of Mars ... To The Hell-Holes Of Uranus 81

After leaving the soft rock band Easy Street, Richard Burgess formed a slick synth pop/jazz group called Landscape in 1975. In addition to Burgess, who sang and played drums, Landscape included Andy Pask (bass), Chris Heaton (keyboards), John Walters (keyboards, woodwinds), and Pete Thomas (trombone, keyboards). After building a following through touring, the band released its self-titled debut in 1980, which sold rather poorly. 1981's From the Tea-Rooms of Mars...to the Hell-Holes of Uranus firmly accented synthesizers as the focus of Landscape's sound, and they scored a Top Five U.K. hit with "Einstein A-Go-Go," as well as a Top 40 follow-up with "Norman Bates." It's an odd timepiece of a time in which synth pop was just about to begin a meteoric ascendancy, not as contrived as the most notorious synth pop recordings of the early '80s, nor was it emotionally engaging rock. Instead, it was rather dry, arch, and arty, emphasizing irony over emotion. It's too glossy and detached for its own good, but it does have a knowing, as well as a bit of jazzy lounge ambience. Actually, "Norman Bates," though far less known than "Einstein a Go-Go," is the most memorable song; its laconic, even-tempered computer-textured vocal pronouncements -- "my name is Norman Bates, I'm just a normal guy" -- come off as fairly chilling in their matter-of-fact disingenuousness.

1982's Manhattan Boogie-Woogie was the group's most danceable effort, but failed to deliver a hit. By the following year, the lineup had been pared down to a trio, released a couple of singles under the moniker of Landscape III, but didnt dent the charts and the band broke up for good in 1984. Burgess meanwhile had already begun a successful production career, working with artists like Spandau Ballet, Living in a Box, Visage, and King. 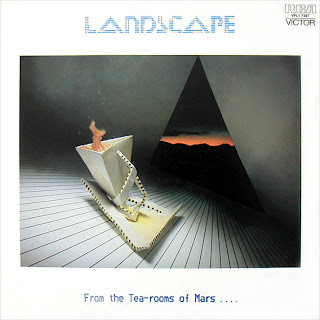 China Crisis was inspired by similar sources but injected their pop songs with occasional political commentary and bluesy, reggae rhythms. Mostly a duo of vocalist/keyboard player Gary Daly and guitarist Eddie Lundon, the group formed in 1979 near Liverpool. The first China Crisis single, "African and White," didn't appear until 1982, but it was quickly picked up by Virgin and made the British charts. Realizing they needed a proper band, Daly and Lundon recruited bassist Gazza Johnson and drummer Kevin Wilkinson, and recorded their debut album Difficult Shapes & Passive Rhythms. Another single, Christian, made UK #12 in early 1983 and brought them to national prominence. By this time, Reilly had left but was still credited on the sleeve as a guest on the single along with new member Steve Levy (oboe/saxophone) The album peaked at #21. During this period the band toured supporting Simple Minds.

The second album, Working With Fire & Steel : Possible Pop Songs - Volume 2 was released in November 1983. This was regarded as a more consistent effort, with standout tracks being 'Tragedy and Mystery', 'Hanna Hanna' and the upbeat title track, Working With Fire & Steel, which became a hit single in Australia . The album was a Top 20 success in the UK, and China Crisis spent 1984-1985 making their biggest chart run, beginning with their one and only UK Top 10 hit single, Wishful Thinking.

Their third album, Flaunt The Imperfection, was produced by the sympathetic Walter Becker (of Steely Dan fame) and reached #9 in the UK charts in May 1985. According to the album credits, China Crisis was now officially a quintet consisting of Daly, Lundon, Johnson, Wilkinson, and Becker. However, Becker never appeared with the band and the subsequent tour featured new keyboardist Brian McNeil. Johnson was now credited as co-writer with Daly and Lundon. In 1986, the band returned with the lower-key What Price Paradise, the key tracks being the epic Arizona Sky, the bouncy pop of 'June Bride', and the unusual 'The Understudy'. All the band were now credited as songwriters. A second single from the album, Best Kept Secret, made UK #36 in early 1987. It was to be the band's final Top 40 hit single.

The five-piece band worked with Becker once more on 1989's Diary Of A Hollow Horse, which earned critical acclaim though little commercial success. Becker acted as the producer of most of the album's tracks, but this time was not credited as an official band member. The band's last studio album, Warped By Success, was released in 1994 following the band's parting of ways with the Virgin label and produced their final UK Top 100 single, Everyday The Same. The band was now listed as comprising Daly, Lundon, producer terry Adams and engineer Mark Phythian. In 1995 they released a live unplugged album and video entitled Acoustically Yours, which proved to be their recording swansong. Despite the stylistic deviations, China Crisis maintained their distinctive sound through their albums in the 1980s and '1990s.

Since 1992 there have been four compilations albums of their work for the UK/US markets and three live DVDs. China Crisis toured the UK during January and February 2007 as part of their 25th Anniversary. 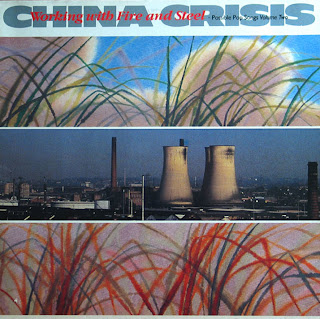