Today's Artists  are the renowned horn-driven funk outfit Tower of Power have been issuing albums and touring the world steadily since the early '70s, in addition to backing up countless other musicians. The group's leader since the beginning has always been tenor saxophonist Emilio Castillo, who was born in Detroit but opted to pursue his musical dreams in Oakland, California. They played regularly in the Bay Area throughout the late '60s, as their lineup often swelled up to ten members, including such other mainstays as Greg Adams on trumpet and vocals, Lenny Pickett on sax, and Rocco Prestia on bass. ........ N'joy

In the summer of 1968, tenor saxophonist/vocalist Emilio Castillo met Stephen "Doc" Kupka, who played baritone sax. Castillo had played in several bands, but Castillo's father told his son to "hire that guy" after a home audition. Within months the group, then known as The Motowns, began playing various gigs around Oakland and Berkeley, their soul sound relating to both minority and rebellious listeners. Castillo wanted to play Bill Graham's Fillmore Auditorium in San Francisco, but he realized he would never get in with a name like The Motowns. The band agreed on Tower of Power and the name stuck.

By 1970, the now renamed Tower of Power—now including trumpet/arranger Greg Adams, first trumpet Mic Gillette, first saxophone Skip Mesquite, Francis "Rocco" Prestia on bass, Willie Fulton on guitar, and drummer David Garibaldi—signed a recording contract with Bill Graham's San Francisco Records and released their first album, East Bay Grease. Rufus Miller performed most of the lead vocals on this debut album. The group was first introduced to the San Francisco Bay area by radio station KSAN, which played a variety of artists such as Cold Blood, Eric Mercury and Marvin Gaye. The single "Sparkling in the Sand" received airplay on the Bay Area soul station KDIA.

Augmented by percussionist/conga/bongo player Brent Byars, Tower of Power was released from their San Francisco label contract and moved to Warner Bros. Records. With Rick Stevens now replacing Rufus Miller as lead singer, 1972's Bump City gave the band their first national exposure. This album included the hit single "You're Still a Young Man", which peaked at #29 on the Billboard Hot 100 and was Stevens' pinnacle vocal performance before leaving the band.

Tower of Power, released in the spring of 1973, was the third album for the band. It featured Lenny Williams on lead vocals and Lenny Pickett on lead tenor saxophone. Bruce Conte replaced guitarist Willie Fulton and keyboardist Chester Thompson also joined the band during the recording of the album. This was the group's most successful album. It peaked at #15 on the Billboard Pop Albums chart and was RIAA certified as a gold record (for sales in excess of 500,000 copies). The album also spawned their most-successful single "So Very Hard to Go". Although the single peaked at #17 on the Billboard Hot 100, it landed in the Top 10 on the surveys of many West Coast Top 40 radio stations, hitting #1 on many of them.

1974's Back to Oakland spawned another hit, "Don't Change Horses (in the Middle of a Stream)", that reached #26 on the Billboard Hot 100, and "Time Will Tell", which charted at #69. The funk-jazz classic instrumental "Squib Cakes" also came from this album. On Urban Renewal (1974), the band moved more toward funk than soul; however, they continued recording ballads as well. Williams left the band in late 1974, and was replaced as vocalist by Hubert Tubbs. While Tower of Power remained a must-see live act, as disco became the new trend in R&B the group's original funk-laden style fell out of favor, and disco-oriented albums like 1978's We Came to Play and 1979's Back on the Streets didn't please critics or fans, and the band would go nine years without releasing an album.

Despite it all, Tower of Power -- in particular their horn section -- remained a much in-demand backing group for some of pop/rock's biggest names, including Elton John, Santana, Bonnie Raitt, Huey Lewis, Little Feat, David Sanborn, Michelle Shocked, Paula Abdul, Aaron Neville, Aerosmith, Public Image Ltd., and many others. In 1988, Tower of Power returned to the studio for the album Power, and in 1991 they signed with Epic Records, where they released five albums by the end of the decade.

Into the new millennium, Tower of Power kept up their reputation as a strong live band, maintaining a steady touring schedule, and in 2009 they launched their own TOP Records label with The Great American Soulbook, in which they covered a dozen soul and R&B classics in the trademark Tower of Power style. In 2007, Tower of Power celebrated their fourth decade together with a special concert at San Francisco's Fillmore Auditorium, and a year later the show was issued in a special CD/DVD package, simply titled 40th Anniversary. In 2013, Tower of Power took a look back with the release of Hipper Than Hip: Yesterday, Today & Tomorrow, which documented a live radio broadcast from 1974. The bandmembers also announced they would be touring in 2013 and 2014 with two other iconic acts from Northern California, Journey and the Steve Miller Band.

The first Tower of Power album, when the band was only honing its concept and seeking a lead singer. On some songs, notably "Sparkling in the Sand," you can hear the group beginning to come together. They already had a fine horn section, and were only some good arrangements away from becoming one of the best pop and soul bands in the nation. The vocals were uneven, although Rick Stevens would later emerge as the prime vocalist. Despite its flaws, it's worth having because the diamond was being cut on these selections. 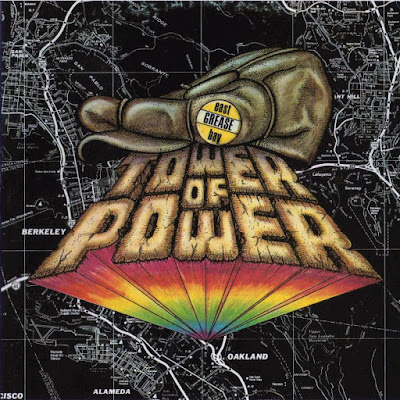 The second Tower of Power LP, Bump City was the first to make any impact. The group went to Memphis, cut their first great single in "You're Still A Young Man," and learned firsthand about funk and soul. The production and arrangements were much improved over the debut album, as was the engineering and overall technical quality. Their lines were crisper, the unison and ensemble passages much sharper, and they were beginning to round into shape. 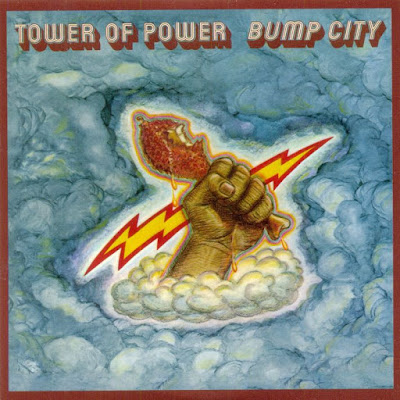 The Tower of Power finally found their ideal lead singer on this album. Lenny Williams came aboard and gave them both the up-tempo belter and convincing balladeer they had previously lacked. They landed their biggest single hit, "So Very Hard to Go," and also had two other top tunes in "What Is Hip" and "This Time It's Real." The arrangements and production were also excellent, and the horn section was at its explosive best. 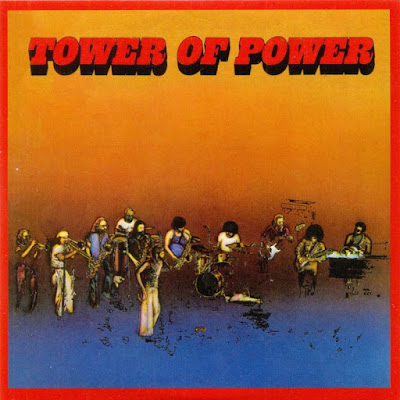 Tower of Power followed their self-titled gold album with an even better album that didn't enjoy similar sales success. Back to Oakland had tougher, funkier and better-produced cuts, stronger vocals from Lenny Williams (who was more comfortable as their lead singer), and included an excellent ballad in "Time Will Tell," and a rousing tempo in "Don't Change Horses (In the Middle of a Stream)." The Tower of Power horn section reaffirmed its reputation in both soul and pop circles, and the album included a powerhouse instrumental. 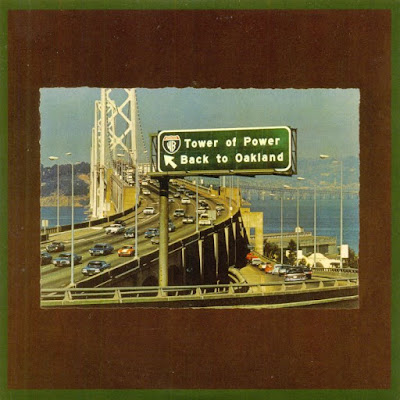