Today's artist  is an Argentine singer / musician and a prolific songwriter; she has appeared as a guest vocalist on many albums. She had her biggest success with "Falling Into You" which was covered by Celine Dion, who also named her album after the single. Dion's album has sold well in excess of 30 million albums worldwide.  ......N'Joy

Marie-Claire D'Ubaldo is an Argentine singer based in London . Born on January 17, 1961. Her music marked the 90s in Europe and Latin America. Today she is still remembered for her great talent as a singer and composer. She currently lives in Argentina, autonomous city of Buenos Aires , La Reja .

Marie-Claire D'Ubaldo released her debut album, Marie-Claire in Japan (only) in 1990. Her follow-up Spanish language album, Alma de Barro, was released in 1994, and the English Language version, Marie-Claire D'Ubaldo, was released internationally in the same year. Her biggest personal hit was The Rhythm Is Magic; it went to number 1 in Italy for 5 weeks in the summer – was the 4th most air played single of the year – and was used in the soundtrack to the Italian film Il Ciclone. The song and album did very well in Italy, Japan, Latin America, Hispanic North America, Austria, Finland, Norway, and Russia. Other songs featured on the album were written with Rick Nowels (Belinda Carlisle/Stevie Nicks), Billy Steinberg (Eternal Flame/True Colours/Like a Virgin etc.), and Tony Moore (ex-Cutting Crew)

Marie Claire was signed by creative executive, Dave Massey, to a songwriting agreement at leading independent music publisher, Hit & Run Music Publishing in 1993 (see Billboard photo). D'Ubaldo was a rare instance of a UK based publisher signing a latin-influenced artist / songwriter. Massey's meeting with Annie Rosebery (then at Elektra in London), who was interested in signing Marie Claire, led to the collaboration with Nowels and Steinberg. At the beginning of 1995, Polydor had closed its US office and Davitt Sigerson, who had signed Marie Claire to the label, had left. According to Tony Moore (ex-Cutting Crew and songwriter / musician and friend of Marie Claire's), 'nobody at Polygram was serious about supporting the album or recording a new one and didn't see "Falling Into You" as a hit, they dropped her'. Probably she refused to make her self 'sexually available'

Marie-Claire is best known for the single "Falling Into You" which was written and originally performed by Marie Claire, but later covered by Celine Dion; the single was to become the title track for Celine's album. The original backing track recorded by Marie-Claire, along with her own backing vocals, is the version used by Celine. This version was used in the film 'Terminal Velocity'.

During the late 1990s and early millennium, Marie-Claire often performed live in London at The Kashmir Klub and The Bedford, performing the tracks she had written for herself and other artists. In 2002, Marie Claire did the vocals for two songs on the self-titled debut album by Conjure One, Manic Star and Sleep.

This is a rare album not even listed at Discogs, it's a release only in Japan who have the honor of 'discovering' Marie Claire as early as 1990, unfortunately this did nothing in promoting her globally and her debut album effort remained obscure. Such a pity because she has a wonderful voice, full of passion and very strong. Hear her voice just once and you will fall in love. She selects only the best, the most beautiful, full of poetry, and discover the soul of South America 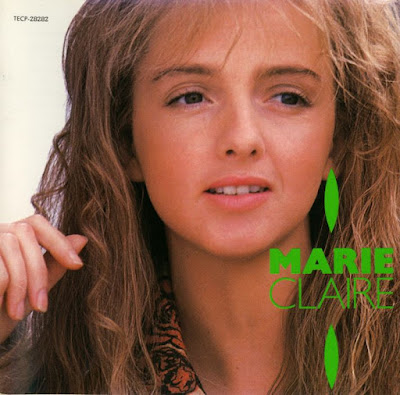 In 1994 the Argentine singer, at the time based in London, Marie Claire D'Ubaldo released 2 albums. One in English and one in Spanish. The Spanish version, Alma De Barro, gave her some success with songs like La Magia Del Ritmo (the English version of The Rhythm Is Magic was a success in many parts of Europe) and Volverás (The Eyes of my Father) in Spanish speaking countries. At the same time, the English version called simply Marie Claire D'Ubaldo was launched. After a successful debut, it's strange that she would not record again but then maybe she was standfast not to become another 'Me-Too"

Most people are only aware of Marie Claire as the song writer of Celine Dions `Falling Into You', (or many many other tracks for such people as KD Lang, Enrique, Robert Miles, The Corrs, Belinda Carlisle etc), or for her only hit single `Rhythm is Magic' in the mid 90's. If you love either song, then you really should buy this album. She is an incredible song writer and performer, and the album is filled with stunning vocals, on brilliant pop and beautiful ballad tracks. This album was released in 2 versions, this (in Spanish) and the English language version. Both are essential, as only half of each are on the other, therefore if you get both, you effectively have 2 different albums. Special mention goes to Falling Into You, the ORIGINAL version, of which Celine completely lifted the whole backing track including Maries' backing vocals, the stunning pop dance track, Magia del Ritmo (Rhythm is Magic), which has just be re-recorded / released in Europe for 2009, the gorgeous and moving Alma de Barro and Venteveo, and the teary Ojos de Mi Padre (My Fathers Eyes) amongst an album of very strong tracks.

"Alma De Barro" talks about the indigenous naitives before colonization. They had dreams, they were proud. But from another sea came a different people with (what the naitives thought they were) "masks of gods", and suddenly they knew fright and pain. They lost their dreams and they couldn't chose their future. A lot of that culture was lost. But there's an essence that is always there; it comes to life at different times and in different ways. Sometimes with words that we use today from that old and wise language, and sometimes when we hear a "quena" or a "sikus", carried on the wind...coming from the mountains in the Andes... telling us it will never go, it will stay forever, like a ghost from another life.

Every song on this album is rich, warm, exciting and full of life. The musicianship, vocals and musical compostion is outstanding. A ton of work and passion in this album. If you feel music's passion and emotion right down to your inner core, here in her native tongue. 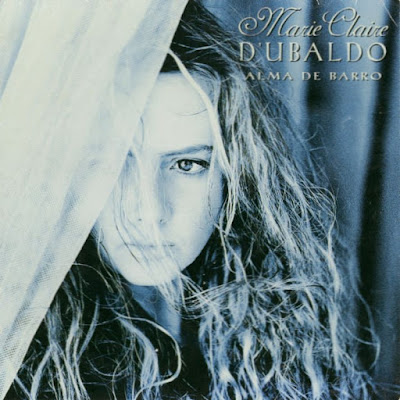 This here is the english version of Alma de Barrio (spirit of the neighboordhood) released under her own name, slightly different track order well worth hearing both versions. 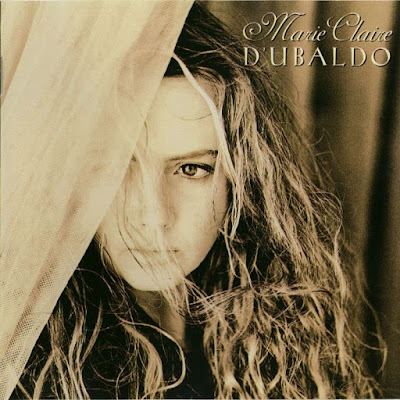 La Yegros has been a powerful presence on Buenos Aires’ underground scene for many years. Her vibrant sound, unique voice, and larger-than-life performance presence, gives her the point-of-view of an artist with South American flair, but a global mindset.

La Yegros resides in the pulsing heart of cosmopolitan Buenos Aires, but her family hails from the tropical climates found in the rural rain forests of the north, bordering Brazil. She received classical, conservatory training in music and got her break when she played before thousands as part of the De La Guarda experimental theatre.

She first tasted the spotlight as part of the acrobatic Argentinian theatre show De La Guarda. It was here she also met her producer Gaby Kerpel (AKA King Coya), the highly acclaimed composer of the music for the De La Guarda and Fuerza Bruta shows. On Viene De Mi Kerpel adds his own dark, electronic twist on Andean folkloric rhythms.“Viene de Mi” recording sessions were overseen by Argentina’s groundbreaking producer and composer King Coya, who saw in her something “sharp and high, wild and aboriginal”. There’s a sass to her singing, at once fresh and urgent yet aged in experience and attitude, that cuts through the male-dominated contemporary cumbia, drawing on both deep folk traditions and cutting edge beats.

Confident and vibrant in approach, she’s been championed by MTV Iggy, as well as by Fader Magazine, who hailed La Yegros’ “raw urgency while sounding completely relaxed and conversational”. The First Lady of Digital Cumbia and her band have toured the world, playing in world renowned festivals from Mawazine in Morocco, Sziget in Hungary to Transmusicales in Rennes, France. 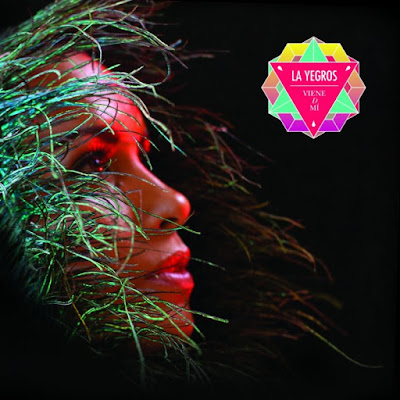