Hello, we still find ourselves in an environment that gave rise to the worlds monotheistic religions be it on the Arabian peninsula, here we stay in the Saharan/Sahel band stretching from the West-Atlantic coast to the highlands of Ethiopia in the east of the continent, a vast area where fresh water tends to come at a premium , where the sun is burning down during daytime and nighttime can be cold, where the moon is the sole light source apart from the warming campfires. Is it any surprise then that singing and making music together lifted the spirits of those gathering in these desolate landscapes.

Today more from Mali, a six-foot-tall goddess is indisputably one of modern Africa's greatest singers. Her magnificent, throaty alto and exotic yet accessible style have already won her an impressive international following. Oumou's lyrics are nearly as compelling as her voice and person; her open affirmation of female sensuality and diatribes against polygamy have irritated conservative elders but delighted her contemporaries. She is an exponent of the blues-like Wassoulou tradition, which takes its name from a province in Southern Mali. The region's music is based upon Asian-sounding five-tone scales and is usually accompanied by the resonant kamelengoni (a six-stringed hunters' harp) and searing, earthy fiddles, while jaunty polyrhythms are marked by wood drums, metal scrapers, and/or shakers. .......N'joy

Oumou Sangaré (born February 25, 1968 in Bamako, Mali) is a Grammy Award-winning Malian Wassoulou musician, sometimes referred to as "The Songbird of Wassoulou". Wassoulou is a historic region south of the Niger River, and the music there is descended from traditional hunting songs, and is accompanied by a calabash. Sangaré's mother was the singer Aminata Diakité.

As a child, Oumou Sangaré sang in order to help her mother feed their family as her father had abandoned them. At the age of five, she was well known for her talents as a gifted singer. After making it to the finals of a contest for the nursery schools of Bamako, she performed in front of a crowd of 6,000 at the Omnisport Stadium. At 16, she went on tour with the percussion group Djoliba.

Sangaré recorded her first album, Moussoulou ("Women"), with Amadou Ba Guindo, a renowned maestro of Malian music. The album was very successful in Africa, with more than 200,000 copies sold. With the help of Ali Farka Touré, Sangaré signed with the English label World Circuit. At the age of 21, she was already a star.Oumou Sangaré is considered an ambassador of Wassoulou; her music has been inspired by the music and traditional dances of the region. She writes and composes her songs, which often include social criticism, especially concerning women's low status in society.

Sangare is not only a fabulous singer with a great band, she is an important social commentator, addressing many aspects of Malian society with a forthrightness never before heard from a Malian woman. Her basic sound is rooted in Wassoulou, a modernized version of an ancient hunters' musical tradition, which featured the kamalengoni, a six-stringed African harp. Sangare blended that with violin, electric guitar, bass, and her powerful, passionate lyrics, taking Mali by storm in the early '90s. As time went on, she incorporated some outside influences, but never abandoned her deeply Malian sound

Many of Sangaré's songs concern love and marriage, especially freedom of choice in marriage. Her 1989 album Moussoulou was an unprecedented West African hit. In 1995, she toured with Baaba Maal, Femi Kuti and Boukman Eksperyans. Other albums include Ko Sira (1993), Worotan (1996), Laban (2001) and a 2-CD compilation Oumou (2004), all but Laban released on World Circuit Records. Sangaré supports the cause of women throughout the world. She was named an ambassador of the FAO in 2003 and won the UNESCO Prize in 2001 and was made a Commander of the Order of Arts and Letters of France in 1998.

Sangaré is featured prominently in Throw Down Your Heart, a 2008 documentary about world-renowned American banjo player Béla Fleck, and his exploration of the relatively unknown relationship between his instrument and the musical traditions in Africa. Since 1990, she has performed at some of the most important venues in the world: the Melbourne Opera, Roskilde festival, festival d'Essaouira, Opéra de la monnaie of Brussels.

Oumou Sangaré is an advocate for women's rights, opposing child marriage and polygamy. Sangaré is also involved in the world of business, including hotels, agriculture and automobiles. She has launched a car, the "Oum Sang", manufactured by a Chinese firm and marketed in conjunction with her own company Gonow Oum Sang. She is the owner of the 30-room Hotel Wassoulou in Mali's capital, Bamako, a haven for musicians and her own regular performing space. "I helped build the hotel myself. I did it to show women that you can make your life better by working. And many more are working these days, forming co-operatives to make soap or clothes."

Sangaré has also been a goodwill ambassador for the United Nations Food and Agriculture Organization, but says she does not want to be a politician: "While you're an artist, you're free to say what you think; when you're a politician, you follow instructions from higher up."

Hailing from the Wassoulou forest region of Mali, singer Oumou Sangare helped modernize the acoustic-native mix of hunters' songs and sogoninkun dance music she grew up with. Finding her way to the city of Abidjan in 1989, Sangare cut a cassette that would eventually sell close to a quarter of a million copies; it became her debut disc, compliments of the World Circuit label. And while she would go on to cut albums with a mix of traditional and tastefully chosen Western elements, Moussoulou captures Sangare in all her sensual acoustic glory. Undulating atop a musical base featuring violin, the djembe goblet drum, a call-and-response choir, and the kamalengoni harp, Sangare daringly speaks out against such traditional practices as polygamy and arranged marriages. She fleshes out these modern views -- for Mali and many other African countries, at least -- with songs that both encourage her countrymen to recognize women as individuals and focus on a girl's struggle to reconcile old values with modern needs. A find for fans of West African folk-pop music. 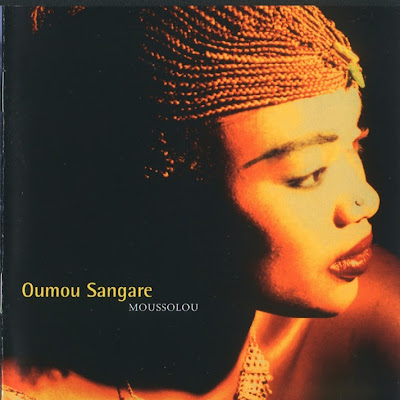 Sangare, a native of Mali, is a vocal master and talented songwriter. Her lyrics, printed in English for the liner notes, explore topics such as the subjugation of women and the flight of men to the cities from rural life. But what is truly amazing is her agile voice, slithering over complex polyrhythms and often reaching a kind of ecstatic bliss through a call and response choral structure. Also noteworthy is the contribution of the legendary Pee Wee Ellis, who leads a horn section on several tracks. 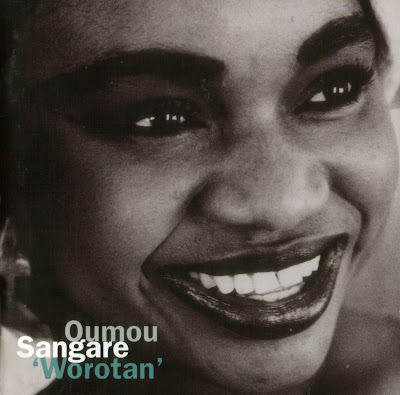 Following Worotan, Oumou Sangare's third album for World Circuit, she decided to take some time to devote to her family and also to focus her efforts on bettering her own country rather than continuing her path to international stardom. In fact, some of the material from the most recent cassette release is virtually indistinguishable from her first album. On the other hand, she successfully integrated Pee Wee Ellis and his horn arrangements on Worotan, and while the drum programming on "Yala" might be a bit disconcerting at first, she points out in the liner notes that the song was intended as a message for young people, and where better to get that message out than the dancefloor? (That song and "Ne Bi Fe," with its almost trip-hop flavor, represent the only real stylistic departures on the collection.) The intelligent, non-chronological sequencing makes the collection flow nicely. 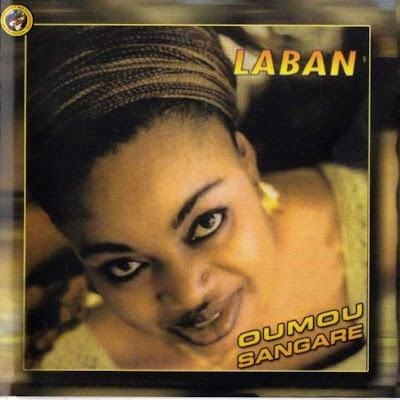 Hi can you re-upload this great singer. Thanks