Hello, some German beats today, serious beats as Germans tend to take the intellectual approach when they put their minds to what their doing, this has given them a label of lacking spontaneity. Todays Germans however do display plenty of sense of humor, rumor has it they were born on the same day and hospital, years later they met and began a band together. Time to check them out ..N'Joy

Mouse on Mars is one of the few electronic bands to stand the test of time. Constantly reinventing themselves, they have taken electronica to new heights with a unique blend of sound annihilation, fragmented melodies and an impassioned hatred of conformity. For nearly two deacades, Andi Toma and Jan St. Werner have sweated over burning consoles to create a new musical language, only to twist it again into thousands of myriad distortions.

German post-techno duo Mouse on Mars is among a growing number of electronic music groups dabbling in complex, heavily hybridized forms that include everything from ambient, techno, and dub to rock, jazz, and jungle. The combined efforts of Andi Toma and Jan St. Werner (of Köln and Düsseldorf, respectively), Mouse on Mars formed in 1993, working from Werner's studio, the pair fused an admiration for the early experiments of Krautrock outfits like Can, Neu!, Kluster, and Kraftwerk into an offbeat update including influences from the burgeoning German techno and ambient scenes. A demo of material found its way to London-based guitar-ambient group Seefeel, who passed it on to the offices of their label, Too Pure.

MOM's first single, "Frosch," was released by the label soon after and was also included on their debut album, Vulvaland. Immediately hailed for its beguiling, inventive edge that seemed to resist all efforts at easy "schublade" ("pigeonhole"), Vulvaland was reissued in 1995 by (oddly) Rick Rubin's American Recordings label, which also released their follow-up, Iaora Tahiti, soon after. More upbeat and varied than their debut, the album made some inroads into the American marketplace, but the group's somewhat challenging complexity and steadfast refusal to pander make widespread popularity unlikely. They returned in 1997 with three different releases -- the EP Cache Coeur Naif, the LP Autoditacker, and the vinyl-only Instrumentals. Another vinyl-only release (Glam) appeared in 1998, and was followed a year later by the "official" follow-up to Autoditacker, Niun Niggung.

Mouse On Mars' sound links them to the club-music scene, as do their many remixes and collaborations with members of the dance-music world. Yet their association with the formalized and utilitarian world of dance music is ironic, as the band’s raison d’etre is to place electronic flies in any aural ointment they choose to muck through.  Although remixes are rare, Mouse on Mars began appearing with increasing frequency on compilations of experimental electronic music, including Volume's popular Trance Europe Express series.

Idiology, which introduced percussionist/collaborator Dodo Nkishi into the fold, followed in 2000 on Thrill Jockey. In 2004, the duo celebrated a decade's worth of work with the release of Radical Connector and a global tour, which was captured by 2005's concert album Live04. The following year's hard-hitting Varcharz was released by Ipecac. St. Werner also has recorded as half of the duo Microstoria (with Oval's Markus Popp) and solo as Lithops. Following Varcharz, the duo kept busy with other projects, both collaborative and solo, including their work with Mark E. Smith as Von Südenfed, St. Werner's duties as the artistic director of Amsterdam's Institute for Electronic Music, and Toma's productions for Stereolab, Junior Boys, and Moondog. The pair reconvened as Mouse on Mars for 2011's Paeanumnion, an electronically processed live orchestral piece for which they created their own music software. This software was also crucial in crafting 2012's Parastrophics, which returned to the textural interplay and mischievous avant-electro-pop for which the duo was acclaimed.

A wibbly, barely digital match of ambient texturology with experimental strains of techno, dub, and Krautrock. While the flip relies too heavily on four-on-the-floor ambient house clichés, the A-side is a prize, cultivating a weird, electronics-based avant-pop vibe as successful as it is unique.
I've cut up Katang here as the final 17 min contain 2 hidden tracks, this whole hidden track thing was a fad one came across now and then, luckily this nonsense has stopped these days. 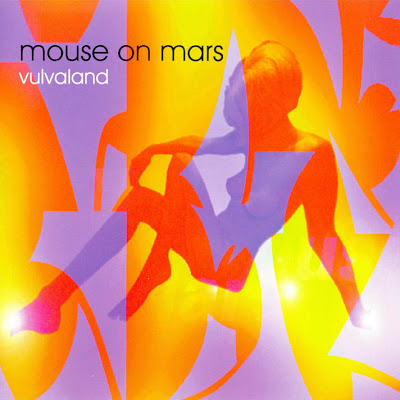 More upbeat and with far greater detail than the debut, Iaora Tahiti proves Jan St. Werner and Andi Toma haven't stood still. The pair's fondness for all things lo-fi follows them here, but just as evident is a depth and punch lacking in their earlier material. Jungle-style programming pops up on the first single, "Bib," as well as elements of dub, funk, industrial, film soundtracks, and musique concrète. 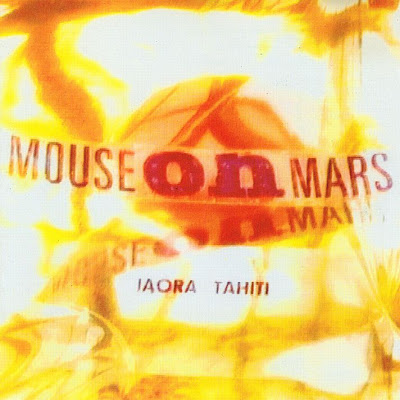 Autoditacker finds Mouse on Mars continuing to grow and improve, adding textures and detail to their dense, electronic soundscapes without compromising their sound. They still are indebted to Krautrock and dub, but they continue to add new sounds and styles to their music, including long ambient stretches and flirtations with drum'n'bass. There are no silent moments on Autoditacker -- every inch of the tape is filled with rhythms, keyboards, and electronic squiggles. Each listen reveals new layers of the group's intricate arrangements, and the shifting instrumentation and themes recall the best adventurous jazz in terms of unpredictability. It's another stunning record in a distinguished, inventive catalog. 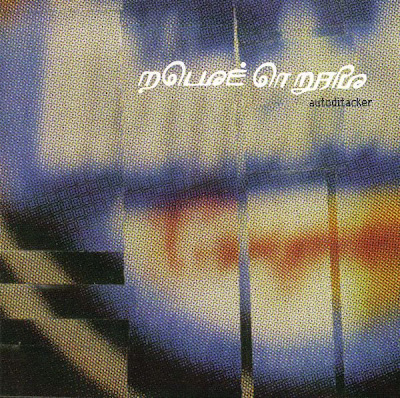 Hello Rho - would you like to re-activate this one, please?

Hi can you please re-up the mouse on mars. Also is it possible to get niun niggung in flac?

Is it possible to re-up the Mouse On Mars albums?