Hello, Occupy rallies all over, as the western world seems to finally have woken up to the insane games bankers are playing, or are they, believe it or not most trade 75% is completely computer controlled, so called High Frequency trading where even fysical distance to the exchange is extremely important, hundreds of a second give a big advantage,. Ironic isn't it the world is ruined by computers performing their algorithms. You can understand now why these City and Wallstreet bankers oppose even a minute tax as it would slash their timing advantage. High Frequency trading should be banned immediately, it's insane and amoral.

Today is all about the Germans, no not whether they will keep propping up the Euro (banks defacto) but their work on the ambient scene, no less then 3 stars appear today, Klaus Schulze again this time in league with that other big name Pete Namlook who's made a big splash with his label Fax releasing his solowork and many scores of collaborations. He's done 23 thusfar with the third star of the day Move D amazing output and what's even more astonishing the quality of the work is high though obviously there's some variation.

Pete Namlook (born 1960 as Peter Kuhlmann in Frankfurt, Germany) is one of the most influential figures of electronic and ambient music in the 1990s. Inspired by Oskar Sala, one of the pioneers of electronic music, Namlook focused on the untapped potential of analogue synthesizers, often developed or extended in his laboratory.

Freshly educated in composition from Goethe University, Pete Namlook (inversion of koolman which translates as Kuhlman) started his career in Frankfurt playing in the electronic ensemble Romantic Warrior that was loosely part of the new age and electronic scene. They cut Romantic Warrior (Frog, 1985), Himalaya (Frog, 1986), Planet (Blue Flame, 1988).

Namlook is also involved in synth design, such as the Hartmann ‘Neuron’, and has an Aladdin’s cave of synths, past and present which he shares with his many collaborators. These have included the likes of Robert Gorl of DAF fame, Richie Hawtin, Bill Laswell, Klaus Schulze, Biosphere (aka Gier Jennsen), Pascal F.E.O.S and shortly, Speedy J under his Jochem Paap ambient moniker.

Its hard to characterise Namlook’s music because it covers so much ground. It can be ambient, old school electro, environmental, trance, techno, jazz or ethnic. His use of sound is innovative with faultless production values and his output has a life affirming energy, often quite beautiful.

" I guess the sounds that I use are very important, they inspire me to create new music, new harmonic and melodic structures. As Schönberg showed with his composition 'Farben' within his variations for Orchestra Op.16. Sound 'matters' .. you cannot say that the harmonic structure is more important. It is the sound in connection with the tones that bring music to its highest beauty Schönberg called it 'Klangfarbenmelodie'. This idea I used for my compositions a lot. "

In 92 Kuhlmann assumed the identity of Pete Namlook, opened hiw own Fax label and made his first album, Silence (Fax, 1992), a collaboration with Dr Atmo Namlook understood that producing was more important than recording and he set out to discover, encourage and promote music by ambient electronic artists. During the first year alone, his label released over 100 records and CDs. The label name refers to the "fax" as a medium for fast and cheap distribution of ideas. Its humble weekly releases are equivalent to sending a fax to a group of friends.

His double albums are containers of lengthy ambient suites reminiscent of Germany's kosmische school of the 1970s and of Brian Eno's late 1970s "discreet" music, but also influenced by his two true love: eastern classical music. No musical genre was a direct influence, though: Namlook has always claimed that Nature was his main teacher.

Namlook has been criticized for adopting a quality-over-quantity approach -- his label's release schedule was up to a CD per week for more than a year, and currently produces 24 per year, many of them Namlook's own -- but he's succeeded in attracting a devoted, ravenous following that allows him and his label to continue releasing new music. Fax has released more than 250 full-length CDs, dozens of 12"s, and several compilations -- including the sprawling four-CD Ambient Cookbook, which remains the best introduction to the label . With distributors on three continents and a small universe of websites devoted to reviewing, trading, and collecting Fax titles, the label and its proprietor have long since passed the stage of phenomenon and crossed over to institution.

Musically, Namlook draws most recognizably on the synthscapes of artists such as Klaus Schulze and Hans Jochim Roedelius, combing the droning electronics of those artists with, depending on the project or collaborator, ethnic instrumentation (tabla, tambouri, oud), environmental samples (rain, voices, arriving and departing trains, wildlife), sweeping electronic treatments, and minimal acoustic and electronic rhythms. His collaborations tend to outdo his solo recordings, although a few of his solo works are among Fax's finest.

The Evolution of the Dark Side of the Moog is a collection of pieces from Vol. 1 through Vol. 8 of that glorious e-music series from Pete Namlook, Klaus Schulze, and -- on half of them -- Bill Laswell. This CD traces the growth of the series and includes the now-famous Robert Moog introduction from Vol. 5. These three visionaries have created a series that rates as some of the best space music ever to grace a disc changer. Gathering pieces from the entire set into one disc is a stroke of genius and as exciting as anything. This is neither psychoactive nor psychoacoustic. It is almost perfect space music for cadets and even for casual fans. It is essential even for collectors with the entire set on hand already. 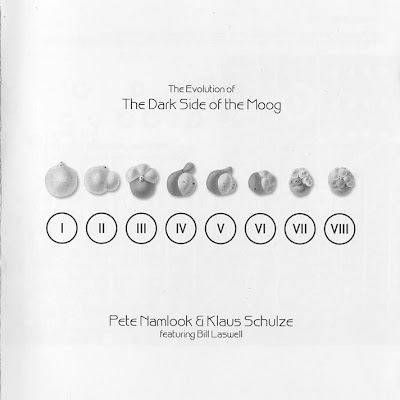 David Moufang (born 1966, Heidelberg, Germany) is a German ambient techno musician. He records with his partner, Jonas Grossmann as Deep Space Network project and his solo releases as Move D. His other projects include Earth to Infinity, Reagenz, Koolfang, and Conjoint.In addition to his solo recordings for Source, Fax, and Compost, Move D's David Moufang has also partnered with Jonas Grossman (as Deep Space Network) and Jonah Sharp (as Reagenz) to produce many of the best explorations of leftfield techno and trip-hop recorded during the '90s. In 1992, he founded Source Records (based in Heidelberg, Germany) with Grossman, and the pair released their first material together that same year, as Earth to Infinity. One year later, Moufang and Grossman released their first Deep Space Network LP, Big Rooms, and the album received American distribution through Instinct. Moufang branched out in a big way during 1994-95: he released the solo album Solitaire on Fax, the Move D debut Kunststoff on Source, and collaborated with Spacetime Continuum's Jonah Sharp as Reagenz for a self-titled album on Reflective.

Moufang's often confusing timeline continued in 1996 with another Move D release (Exploring the Psychedelic Landscape) and two more DSN works, Deep Space Network Meets Higher Intelligence Agency and Traffic: Live at the Love Parade. In 1997, he inaugurated yet another project, an ambient-jazz unit known as Conjoint.

Starting with 96's Exploring The Psychedelic Landscape until 2010's Stranger he has released 23 albums with Pete Namlook, all on Fax 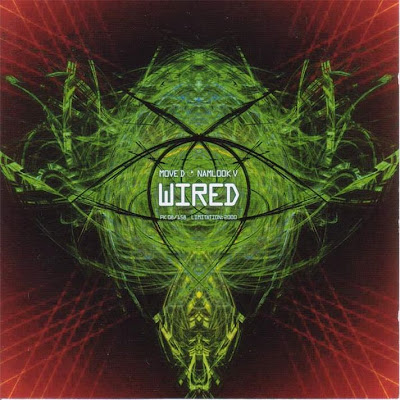 One of the better collaborations, recommended to listen this while watching the rising sun, as the music really feels like a warm surrounding glow. 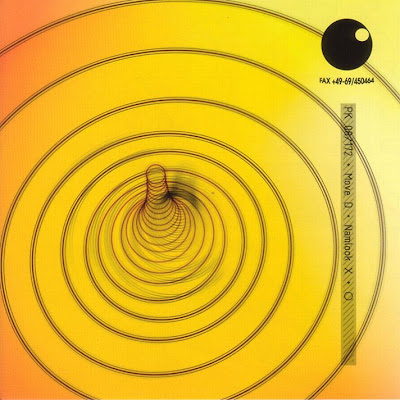 Thanks also for Let The Circle Not Be Broken in ogg

any chance for an updated link?

any chance for a link to move d - kunststoff?

hey Rho
could you re-upload please
thank you so much