Hello, on this sad day when terrorism presented us with another low in their cowardly pursuit of what? I'm not in favor of the death penalty--far to light, but removal of eyes, tongue, pierced eardrums and a cut thru the spinal cord will do, conscious vegetation for 50 years now thats punishment that would make others think more than twice.

Time for some beats now, in the spotlight today a man that became a beacon for the Chicago House scene via a rather serious music route and initially being a drummer certainly gave him an edge when it came to fusing the beats with synthesizers. He never sold as many records as some of the other Chicago house producers, but Larry Heard is arguably the best to come out of the scene, providing the crucial marriage between the warmth and communal feeling of disco with the energy and futurism of house music. Classic Fingers presents an excellent (and rare) insight into his early work, Alien on the other hand shows a more mature/relaxed side of the man as he managed to create what feels like aural journeys through stardust.

Unlike many of his Chicago house contemporaries, Heard's discography is quite large, with his work released under many pseudonyms, Gherkin Jerks, The Housefactors, Loosefingers, Mr. Fingers, Trio Zero or his bands Fingers Inc., The It, The Ram Project and Blakk Society, plus more than a dozen albums he released since the '90s recorded as by Larry Heard.

Born on Chicago's south side in 1960, Heard began buying records from an early age, and was influenced by his parents' jazz and gospel collection. Though he practiced on guitar and bass as a youth, he joined a friend's band playing drums after bluffing his way through an audition at the age of 17. Heard began practicing with fervor and became quite good, he also worked for the U.S. government as a benefit authorizer, which enabled him to buy his first studio equipment as well to pay the bills.

While playing with a variety of local bands during the late '70s and early '80s like Infinity (a jazz-fusion cover group that included Adonis) , Heard was introduced to many different types of synthesizers, and he gradually became more interested in playing keyboards than drums. Heard finally opted out of the band setup in 1984, bought a synthesizer/drum machine combo and began producing music. After a few days with the gear, he had recorded three tracks later recognized as serious pinnacles of Chicago house, among them "Mystery of Love," "Washing Machine," and "Can You Feel It."

Heards lack of connections in the club scene made it difficult to get the tracks listened to, though he finally debuted on wax with a 1985 single for DJ International named "Donnie." Instead of being credited to Larry Heard however, the single appeared as "the It", and was co-written by street poet Harry Dennis. Later, on one of his infrequent trips into the club/party scene, Heard met up with Robert Owens. Owens was then working as a DJ, though he was (more importantly) an incredibly talented gospel-styled vocalist. Heard and Owens decided to form Fingers Inc., with the addition of Ron Wilson.

The nascent Chicago house scene was just about to explode with recording activity, and Heard released nearly a dozen singles during 1986-1987, for both Trax and DJ International. Fingers Inc. contributed Chicago classics like "Mystery of Love," "You're Mine," "Distant Planet," and "Bring Down the Walls," while Mr. Fingers dropped quite possibly the most sublime house single ever released, "Can You Feel It."

By the end of the '80s, Heard released one of the first house full-lengths with the 1988 Fingers Inc. LP Another Side for Jack Trax Records. The following year, Jack Trax released Heard's original 1984 instrumental demos as the Mr. Fingers album Amnesia, even though he had never given consent to the album's issue. Despite its barely legal status, the LP showcased the first flowering of Heard's genius with several impeccable tracks. His large production role on the 1989 hit debut album by Lil' Louis ("Tuch Me, French Kiss") was noticed by the major labels and by the beginning of the '90s, Heard was being offered contracts by several labels.

After finally signing to MCA as a solo act in 1991, Heard issued his first major-label album one year later. Mr. Fingers' Introduction charted an intriguing balance between floor-filling garage house and several tracks of polished jazz-fusion; Heard's undying influence among DJs and producers alike made the album quite an international success. Though it graced the American dance charts as well, MCA attempted to interfere with the production of its follow-up, Back to Love, and later refused to release the album at all. It finally appeared in 1995 on Black Market Records, the label formed by Heard's friend and former manager Ren Galston.

By the time Back to Love was released, however, Heard had already recorded and released another album, his first as simply Larry Heard. The album Sceneries Not Songs, Vol. 1 (and its follow-up) both expanded on Heard's commitment to inner space rather than the dancefloor. He returned to a style more tied to traditional house with 1996's Alien and the following year's Dance 2000. In late 1997, Heard suddenly declared that he had quit recording to take a computer-programming job in Memphis. Despite his seeming retirement from music, two more albums of new tracks filtered out in 1998. Yet another, Genesis, followed in 1999. For the 2001 album Love's Arrival, Heard signed to the respected house label Trackmode, and its follow-up, 2003's Where Life Begins, also appeared on the labe as did. Loose Fingers (soundtrack from the Duality Double-Play) appeared in 2005.

Spotlighting Larry Heard's seminal production work during the 1980s and '90s, Classic Fingers includes obvious Mr. Fingers/Fingers Inc. milestones like "Mystery of Love," "Distant Planet" and "Amnesia," plus quite a few obscure productions like , "Play It Loud" by House Factors, and the It's "Gallimauffry Gallery." Though it's quite an obscure compilation (available in 1- and 2-CD incarnations), not to mention two rather different versions depending on the label, this here is the Black Market International version. Nevertheless Classic Fingers in either verson is the best way to get the most material by Larry Heard's Mr Fingers.. 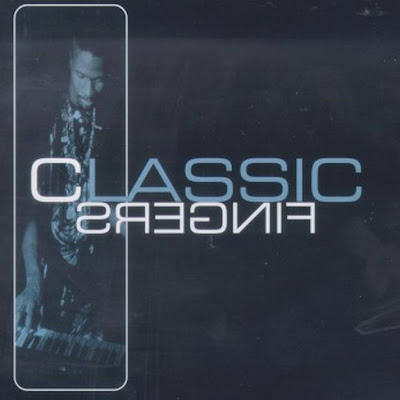 The jazzier tracks from Larry Heard's only album for MCA coalesced in 1995 on the first of his Sceneries Not Songs full-lengths. Alen is extremely chilled out, with Heard focusing on very cosmic sounds and relegating the beat to a supporting position. He extends the fusion as well, covering the prevailing ambient-house boom (of which he was a prime influence).

The album is completely instrumental until the closing "The Beauty of Celeste." There's a bit of a space age Gil Scott Heron ranting on the top that doesn't quite break up the flow of the album, bit superfluos. This is still a great late night album for those of you who hope to travel with the jazzy sounds of Larry Heard's digital alien. 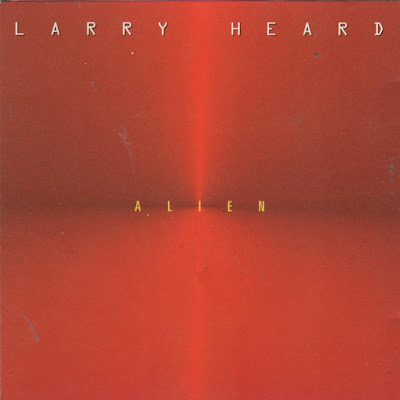 It's sad, I thought drive-shootings were destructive and cowardly. I wish we could go back to the 'Braveheart' hand to hand combat days. At least you could see who your enemy was.

How about a re-up of the 'Classic Fingers' double-CD in FLAC? That's a great compilation of Larry's work and making it available again would allow others to experience the genius of Mr. Heard.

Thanks for your consideration, Rho!

two of the three links are dead but still thx for sharing. such great works.

hi there, the link to Classic Fingers 2 seems to be down, any chance of another re-up? thanks in advance!!!

thanks for the Classic Fingers 2 re-up!