Hello, time for some Ambient, IDM to Sundaze both these albums are just a treat that will let you get on with it, and at the same time offers a nice break wheneve you feel like it.

Pulseprogramming is centered around Joel Kriske and Marc Hellner, but the group is a multimedia entity, including art directors (John Schacter and Hans Seeger), a video artist (Eric Johnson), and a poet (Joel Craig). Kriske and Hellner originally based the group in Portland, OR, but they eventually set up shop in Chicago. The first self-titled album -- predominantly a work of ambient IDM -- was released in 1999 on Chicago's Aesthetics. A pair of limited-edition albums followed in 2001, the first of which saw the group move closer to song-oriented material, with use of beats and lyrics adding new facets to the group's productions.

Tulsa for One Second followed in 2003, continuing the group's move toward traditional songwriting while maintaining abstract qualities throughout.Pulseprogramming have toured the U.S. twice, once independently, and once with L'altra. Last year, they headlined the aesthetics showcase at Sonar and were featured on John Peel's BBC show. "Tulsa For One Second" is a really wonderful exercise in sound, rhythm and melody, a mix of West coast lo-fi indie rock and the Chicago post-rock scene with a healthy dose of European electronica.This is music for serious listening and enjoyment.
You could start by checking out the video's 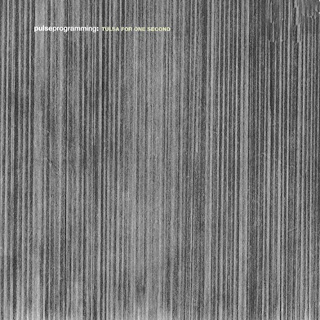 
Off To Do Showery Snapshots, Video

Multiplex is Canada and UK-based duo Christian and Roland Dormon, brothers who produce music on separate sides of the Atlantic, creating and then swapping music files for the other to finish. This creates a unique dynamic for making music, as both Christian and Roland elaborate. "Multiplex recordings are far from the standard studio format, as we build up the tracks on two sets of music equipment, in two countries, with two biased opinions of what the final result should be. But instead of fighting for control of the studio and the mix, we surrender control of our ideas to each other, which has worked well so far. This sort of music is about creating new things, like synthesised sounds using software, new ways to compose and new ways to build the mix."
Despite sounding like a movie theatre, Multiplex masterfully create slow building ambiences that have you craving more. The Dormon brothers perfectly understand the principle of “less is more”, rarely cluttering the production with complex programming and allowing plenty of room for the compositions to breathe.

With Mixt, the brothers Dormon have managed to assemble a tantalising list of contributors for this hugely ambitious remix project for their Multiplex material. The material is of an almost unbeleivably high standard here - ranging from the opening texture and cinemascope scene-setting of Herrmann and Kleine, through to Funckarma's vocoded electrosizzling twinkles, to Mitchell Akiyama's sublime static ambience, Kettel's immense fractured breaks and chops and Phonem's dissected laptop microscopic inspection. 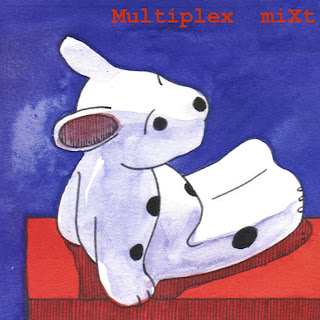 i was just checking the multiplex post, but it hasn't been embedded with the d'l. link.

P.S:-Multiplex first LP over at his folks blog:

Hi Gosub, what can i say ? As it happens things went a bit wrong with embedding the vids first time around..it must have grabbed the linkk part as in my sourcefile it's a it should be, obviously i didnt check it well after posting, sorry about that well , well problem solved now.