In support of Are Friends Electric effort to bring to you the work of Adrian Sherwood as mixer/producer besides his work for his On U sound label i post here some of his work, so excellently gathered @ Skysaw.org , take it. 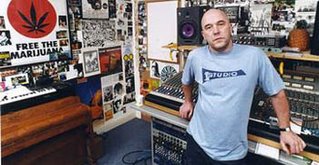 An interview with Adrian Sherwood


"I take advantage of an ensuing period of relative calm to begin the interview, and I ask, what led Adrian to reggae in the first place. What started his journey that led to the On-U Sound experience?

When I was pretty young, I was heavily into soul music. I loved that, but I was really carried away by early reggae music and ska tunes. Those were pretty eccentric, freaky tunes, stuff like U Roy's Wear you to the Ball… I was soaking up all that energy, even when I was at school, and when I heard reggae music at the local black clubs I went to, that was when I got really into it.

What was your next stage after your initial fascination with reggae I asked?

Well, I was still in my late teens when I started working for the Carib Gems label people… I was a junior director… I loved roots music, and the tunes we were putting out on that label, tracks like Observe Life by Michael Rose, and Babylon Won't Sleep Tonight/Sleepers by Wayne Jarrett and the Righteous Flames were strong, strong tracks, they really were. Especially I loved the Sleepers track. The Tubby's version is a heavy dub. It's sad, I don't even have copies of those 45's myself anymore. I wish I'd held on to my copies! You know of course we cut our own On-U version of Observe Life with Creation Rebel on the rhythm, and Ari on the vocal, then there was a dub too."
Read the whole interview at uncarved.org here !

Medium Medium - 'The Glitterhouse & Plus'

Best known for the 1981 single that is this compilation's namesake, Medium Medium cobbled together the decadent regurgitant of mainstream disco and fed it through a filter of Gang of Four's knotty funk and the Pop Group's acerbic, clawing production. Great bass lines make me weak at the knees, and Hungry, So Angry has so many: check the popping glides of the title track, the shimmy-cum-melody of "Nadsat Dream", and the scores of cinder block kicks, thumps and thuds found throughout. Most impressive, perhaps, is the stylistic and aesthetic variety-- something Medium Medium's more "important" contemporaries neither achieved nor, frankly, cared about-- seen in the album's descent from hard boxy funk to glittering atmospheric jams. 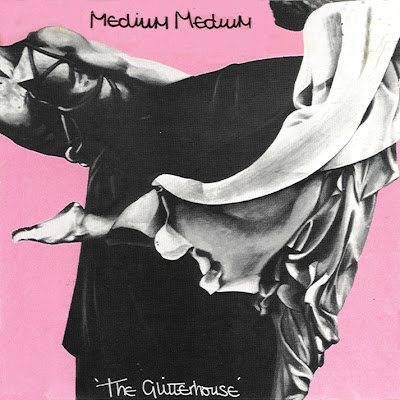 Produced by AMS and Graham Spink.

The second CD i ever bought and one of my favourite records that year. Jourgensen performed mostly solo for Ministry's Twitch (1986), The music was danceable electronic music, but wasn't pop music, and the sound was harsher and more aggressive than what Ministry had recorded before. Twitch sold well, and was considered to be "underground" as such this album was quintessential in asserting industrial music's importance in new-wave dance clubs. Twitch would also prove to be a pivotal move in the course of Ministry. Much of the new sound was created with the use of digital sampling and the input of producer Adrian Sherwood. 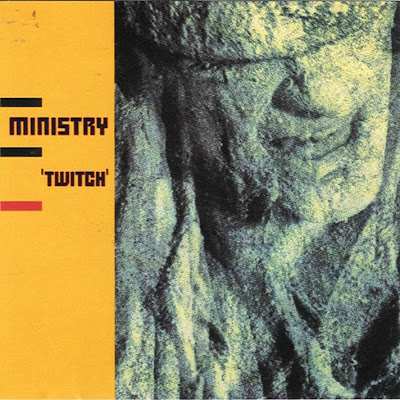 The release is a dub version of Primal Scream's 'Vanishing Point' album and the corresponding titles on that release are given in (brackets). Primal Scream - 'Echodek' (Remix and additional production by Sherwood. ) 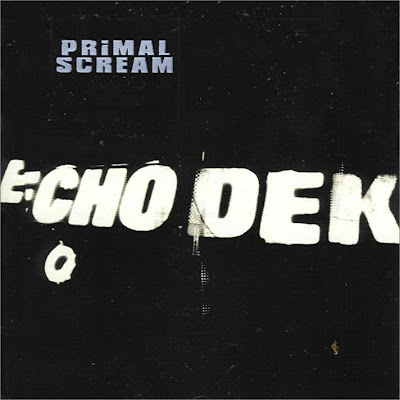 This is a belgian band and hasnt had an international release, nvertheless they managed to bring in Sherwood to mix and postproduce their album.Into the sun sounds like ambient or techno, but actually the band is guitars, bass, drums and a few samples. They folded in 2003. 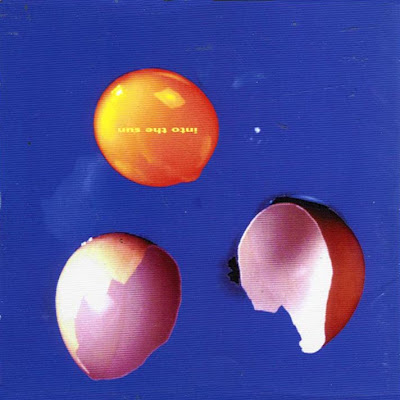 Produced and mixed by AMS and Harvey Birrell

Suns of Arqa creator and mentor Michael Wadada has been continuously investigating the supernatural potential hidden in the Classical Raga structure of the music of India. His mission – to mix the cerebral and illusive cosmological vibrations of Raga, with the mother earth rhythms of Niyabinghi drumming that were surfacing in England in the guise of Dub Reggae.

In 1979 Wadada set about recording the ground breaking Suns of Arqa album 'Revenge of the Mozabites' with his friend Adrian Sherwood. Together they formed the ‘4D Rhythm’ label – the world was not ready! Wadada retreated to the Pennine mountain range in Lancashire, Adrian Sherwood went on to create the formidable ‘On-U Sound’ label. Next came the legendary collaborations with Prince Far-I, which can be heard on ‘A Brief History of SOA’ . 7th December 1982 Prince Far-I did one last show in Manchester with Suns of Arqa; on his return to Jamaica he was murdered by an unidentified gunman. This last performance can be heard on ‘Suns of Arqa Live with Prince Far-I’. In 1982 a very curious Peter Gabriel came across a rare copy of that first Suns of Arqa album; he was putting together the very first World of Music and Dance festival (WOMAD), and asked Suns of Arqa to come and perform. 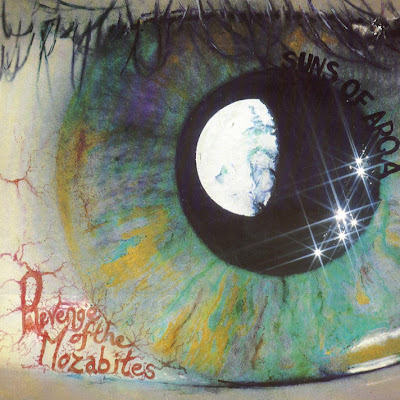 Some branches of Adrian Sherwoods, a loose selection of Sherwoods mixing and producing skills just from my cd collection, as unfortunately at the moment i cant rip vinyl.
VA-Sherwood workouts * 90mb

Voice of Authority, alias Adrian Sherwood
Voice Of Authority were yet another of those non-bands whose name roamed the corridors of On-U HQ in the 1982-4 period in the same ilk as Playgroup. In truth, these labels were more like working titles for particular collaborations of recording musicians in a world that insisted on hanging a name on any group of people who happen to release a record.

Dubbed "Science Fiction Dancehall Classic" at the time, spinning the album today, it still sounds as off-beat and timeless as it did when it first came out. As for the giant roasted peanut adorning the cover of the original vinyl edition - you'll just have to give it a listen if it doesn't make sense! 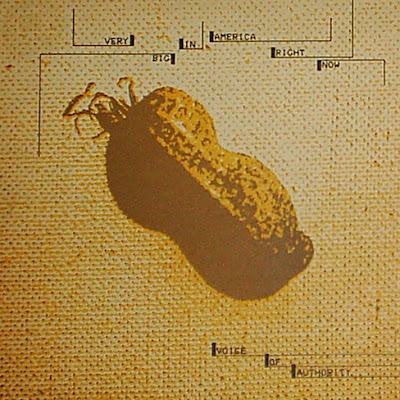 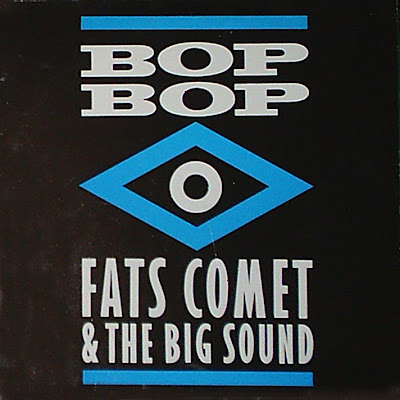 brilliant compilation! thanks so much.
there seems to be a glitch in Looplizard's link though ???


Thanks for warning me, a copy glitch, the Looplizard link is working as it should now.
Im glad you like the music.

Many thanks for the Primal Scream!

Great blog!!! Especially the Medium Medium post really made my day, as I had lost the vinyl years ago. Great Austrian section, too - respect, and thanks! One thing - have you considered changing from ogg to AAC? Oggs can't be properly tagged and can't contain album graphics, while AAC have all that and sound equally good. Generally, I'd recommend CBR over VBR simply because VBR isn't that much smaller but error-prone, from my personal experience.

hi can you reup the voice of authority plz

Hello DBS no i cant access the back up disk and wont re-rip the vinyl any time soon...sorry but then you posted a lot of requests that will be re-upped

ok mate thx anyways :) thx for the reups so far mate all the best Paul

can you please re-up LOOPLIZARD thx

Love Sherwood's work. Thanks for this great set of reposts.

Hi Rho sterling work(as always) with Mr Sherwood's less known stuff, some real gems. Just an outside chance - you don't have the suns of arqa in FLAC do you? No worries if not, I can see you're busy. ;-)

Looplizard is down again. Any chance of a re-up Rho please?

It is asking for a username and password when you try to download Looplizard? Can't see any mention of these details on the write up...can yhou supply? Thanks, Pat.

Hello Rho. I recently saw the Primal Scream doc, The Lost Memphis Tapes, and was motivated to recheck some of their catalog. But i couldn't find the Echodek album on my messy collection. Whenever you'll get the chance, can there be a re-up? Thanks.