Hello, as England braces itself for the moment the pubs re open tomorrow, expectations are not good, the English have a reputation to drink until they drop and everything inbetween that comes with it, enough to have police and health services seriously worried. As always i suspect things won't be back as normal this time, but there will be incidents and smartphones registering the drunks...


As regular visitors you know what to expect....some more music from Hull's music scene and Pork Recordings, no worry i'll get back to Steve Cobb later but for now i go back to 2001 with a party animal who evolved from the Pork family
........N Joy

Jamaican slang for an unruly wild person.Leggo just means To Let Go which means to cut loose / go crazy or do something without care or caution. A Leggo Beast then would be A Party Animal

Murray Clarke is the recording artist, music producer and DJ known as Leggo Beast. He began his musical career as one member of Opik (signed to the Deconstruction record label 1992–1995), then as one half of the Bullitnuts (signed to Pork Recordings 1995–1999). Leggo Beast produced 2 albums with Pork Recordings, From Here to G (2000) and Sines and Cymbals (2002). He has released 2 albums on the Big Chill label, Thunk (2004) and Tales From The Crib (2007). His production work includes remixes for Tosca, Natasha Atlas, Blue States, Jimpster and others. Specific music production includes UK film soundtracks (Dirty Sanchez, Sparkle, Faintheart) and occasional, desperate advertising.

If you know Pork Recordings, then you know exactly what to expect from Leggo Beast, one-half of the Pork act Bullitnuts. Chocked full of beats and lazy melodies, their debut FROM HERE TO G is music for when you want to watch the sun pass across the sky. “Mudlark” slides into the subconscious like a hypnotic spell, while the interlude “There and Back” has a jazz drum riff and piano chords in the service of some bucolic trip-hop. The wonderfully titled “Bizarre Love Pentangle” gets the juices flowing in the right places, and “Step Up” has a bluesy trumpet blowing through it like a cool breeze. “Itchy Feet” will get you moving with its wobbly guitar plucking and peppy rhythm. And the off-kilter beats of the final track “Unplugged” makes it sound almost IDM-ish. Some nice electronic listening. 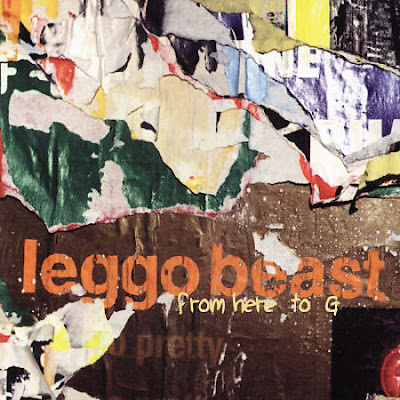 The second outing for Leggo Beast, definitely starts off on the right foot, with the religious meditation of “New Deal,” with its blues harmonica and gentle soothing tone. The more upbeat “Smells Good” and the ambient dub “Kayenta” continue this trend. And while there’s a more pronounced dub feeling towards the middle of the album, with “Noodle Soup” and “For Sergei” leading the stoned revolution, the album towards the middle suffers from a common Pork-related complaint: the tracks don’t do enough to distinguish themselves. Sure, they’re nice to listen to, but nothing about them really draws your attention. The expanding, spacy sounds of “Petite” helps patch up this shortcoming, and the final track, “5 Miles Out,” seems to be an answer to the opening thought raised by “New Deal.” Is it enough to save the album? Not quite. But it’s still enough to make this album an interesting enough listen. 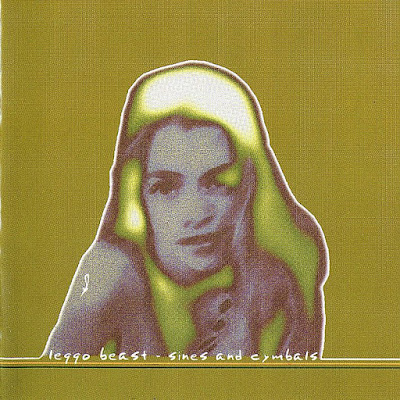 If you're a fan of electronically-embellished Ambient/Electronic, Lounge-infused instrumental musings, you're in for a treat with Leggo Beast! This is perfect for late night/early morning chillin'. The melodies are all very friendly and accessible as well as relaxing and atmospheric!  It's a fun, interesting and really beautiful listening experience! 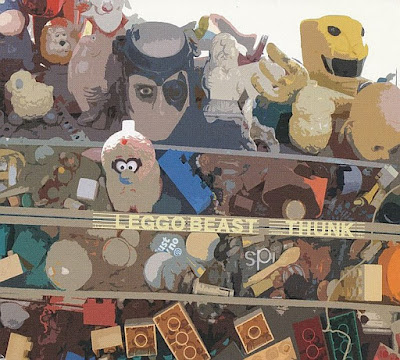 Leggo Beast has a new album "Tales from the Crib" released on Big Chill Recordings (factor20). It's an upbeat, chunky gem and a departure from the more horizontal side of the Beast's musical output. It's been 2 years in the making, "Much of the time was spent just revising the way I work in the studio, trying to get rid of old habits and make the whole creative process more spontaneous, dynamic, refreshing" 14 years toil as a music producer under various guises, with Pork Recordings as one half of the Bullitnuts and as the solo artist Leggo Beast . Refreshing and refusing to get stuck in a pigeons hole-Not recommended for chin strokers. 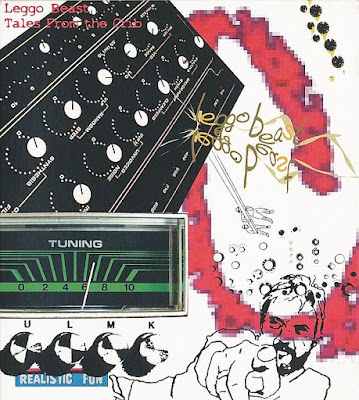 Yum! Thanks for more Pork. I noticed you name checked Big Chill. Any chance of a post of their output? thanks for what you do.

Thanks. Never got to hear this before.