Hello, no re-ups tomorrow as i am away, not to worry , expect more next week..


Today's artist has been growing up in Norfolk and attending a school where being into music made you an outsider, his early interest in the electronic scene came from hearing acts like Aphex Twin and Orbital on the radio and reading about the equipment they used in music magazines.

Nathan Fake is a British electronic musician whose lush, moody recordings range from atmospheric tech-house to vivid, shoegaze-influenced downtempo. Fake (his actual last name) began his career in the farm country of Norfolk in the U.K., where he learned how to play basic acoustic instruments before finding a love of the electronic genres. He moved to Reading at the age of 19, which gained his recordings significantly more exposure, and his demos found their way to producer/remixer/DJ James Holden. Holden immediately signed Fake to his Border Community imprint and released a set of 12"s (Outhouse and The Sky Was Pink) that put him on the global dance scale in terms of recognition. Fans from all electronic genres immediately took to Fake's distinctive sound (including luminaries like François K and Satoshi Tomiie), and his recordings began to be some of the most in demand of 2004.

Several 12"s on the Traum imprint followed in 2005, and Fake released his debut full-length, Drowning in a Sea of Love on Border Community, in March of 2006. Garnering favorable comparisons to Boards of Canada and Ulrich Schnauss, the album was a critical success, earning rave reviews from Pitchfork and Mixmag, among others. Drowning in a Sea of Remixes (featuring reworks by Apparat and Fairmont) followed, and Four Tet remixed album track "You Are Here" in 2007.

Fake subsequently moved to London, and his second album Hard Islands appeared in 2009. The album was significantly more stripped-down and club-friendly than his debut, but still demonstrated his talents for sophisticated sound design. Third full-length Steam Days, featuring singles "Paean" and "Iceni Strings," followed in 2012. The album retained the club-focused energy and rough edge of its predecessor, but its tracks generally had shorter running times, and were more focused and concise. Fake and Wesley Matsell started a label called Cambria Instruments in 2014, debuting with a split 12", followed by Fake's Glaive EP in 2015.

In 2016, Fake signed to Ninja Tune, having previously remixed Ninja Tune-signed artist Dorian Concept the previous year. Fake's first release for the label was Degreelessness, a collaboration with Prurient, which was issued at the tail-end of the year. Providence, Fake's most experimental full-length to date, appeared in March of 2017. This was followed by two Providence Reworks EPs and the more dancefloor-oriented Sunder EP, which appeared in 2018.

IDM is a dangerous field. In order to make it right, you need just the perfect amount of balance between experimentation, rhythm and accessibility. And I think that's one of the main reasons why most producers fail at it, it's always too much of something or too little of something where it either sounds boring and just plain unlistenable.

And this is where Nathan Fake succeeds. Steam Days is an album that is all over the place, yet it manages to keep steady rhythms, sound weird as hell and still be cohesive enough to be an approachable release. It's quite an impressive feat actually and in a way reminds me of the styles golden age more than 20 years ago. Every song sound unusual with a bunch of things going on, but never with the impression that he's doing weird things just for the sake of it. Plus the album is pretty varied and overall it might actually challenge his debut for being his best. Definitely worth a shot, well done again Mr. Fake. 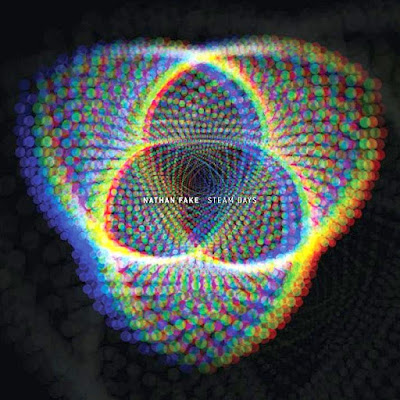 In 2014, Nathan founded the label Cambria Instruments with Wesley Matsell, the inaugural release being a split single between the two artists.

Nathan Fake's album, Providence, is a reference to the gear used to make the album—Korg's Prophecy synth—and his belief in a kind of guiding hand that led him out of a year-long bout of writer's block. (His last album, Steam Days, came out five years ago.) Providence is a notable sonic shift for Fake, whose confidence seems renewed. The wide-eyed electronica of Drowning In A Sea of Love, from 11 years ago, has grown more urgent and aggressive.

Gone, for the most part, are the yearning cinematic vistas of his youth, reflected in older tracks like "Charlie's House" or "The Sky Is Pink." Providence is more beholden to greyscale textures and noisy blurts of sonic unease. Aspects of the album reflect the cathedral hymn blasts of artists like Tim Hecker or Ben Frost, and the album's lead single, "DEGREELESSNESS," enlists Prurient for a rain-soaked exercise in dance floor dystopia. Elsewhere, the tellingly titled "Feelings 1," with its boiling electronics and short clips of distortion, is a sonic snarl, and the warbling synths and martial drums of the title track that follows seem to take the equivalent of a deep breath. There's a sense of hostility and frustration to these tracks, particularly on the squealing tones of "SmallCityLights," as close as Fake might get to an '80s stadium guitar solo. Beyond the acquisition of new equipment, it's unclear what's led to this change in approach—perhaps he'd accomplished all he could with the pastoral excursions of past records. Providence marks a muscular new path for Fake, but he sounds as singular as always. 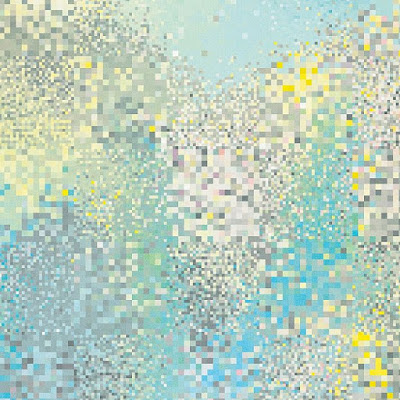 Nathan Fake enlists the help of Overmono and Huerco S. to twist and mould recent album Providence highlight and Prurient collaboration (possibly best collab of the year?) DEGREELESSNESS into bold new shapes of breakbeat techno and dubwise smoker's delight ambience. While he has always been an artist who would always step out further than most, Providence saw a real upsurge in Nathan Fake's sound. Saving the re-up of his work for Ninja Tune, Province found Nathan stepping into entirely new dimensions of scene crossing sound. This is no more perfectly reflected than on his choice of remixers, the choices offer a brilliant viewpoint into his musical mind. First up is the fierce jacking pound of Tessela and Truss's Overmono, keeping a subtle DNB snare in the middle of the sequence they work in a euphoric build that when it hits its stride, the sense that this was designed for use within the confines of the nearest warehouse that boasts a giant oiled up rig really shows off the muscles rippling under the surface. A killer version set to execute everything in its path with a deadly techno sensibility.

Offering an alternative escape in the after hours, Huerco S. turns in a rare remix with his DEGREELESSNESS Backyard Interpretation. Diluting Prurient's roar down to a humming almost inaudible whisper, the floating sheen of his For Those Of You Who Have Never (And Also Those Who Have) album hangs thick in the air like sweet smoke, at once thick and muggy yet turning wonderfully addictive the more of it that you breathe in. Not content with just turning in two reworks, Nathan's first new track since Providence Bosky gives a scratchy acidic blend to a tight, almost Randomer style jagged electro beat. Yet the colourway blend of his recent work shines through while offering another exciting new path ahead for what lies ahead.

Nathan Fake puts together the second session of reworkings and remixes from his debut Ninja Tune LP Providence, where as the first volume saw Truss and Tessela's Overmono project turn his radioactive electronics into a stomping two part techno session, backed with Huerco S. to ambient it out. Volume 2 brings a new name to the forefront with four utterly stunning reworkings by Polish composer and multi-instrumentalist Olga Wojciechowska. And as a bonus, these are backed with a brilliant Konx-Om-Pax mix and some alt versions from Nathan himself. While Olga Wojciechowska is a name new to our ears, Nathan came across Olga's music via The Wire Tapper 40 CD, the blend of modern classical yet experimental sounds made an impact on Nathan as he explains: “It really stopped me in my tracks and hit me quite emotionally so I bought her album, I can honestly admit that it awoke me from the creative block which I had been experiencing at that time”. Turning in not one or two but four reworking, Olga pushes the original pieces electronics into a searching trip through a barrage of acoustic worlds littered with prepared piano notes and a slow-form sombreness that draws out the quieter moments of the album beautifully. Elsewhere Konx-Om-Pax turns in a rare remix that sees him distilling the UK hardcore dynamics of his Planet Mu material into a shimmering aquatic haze, while Nathan's dub and live reworkings add new avenues to the album, making us ready for a revisit to the original material. For us though, this one is all about Olga Wojciechowska, a name we hope to be seeing more of in the, not too distant future. 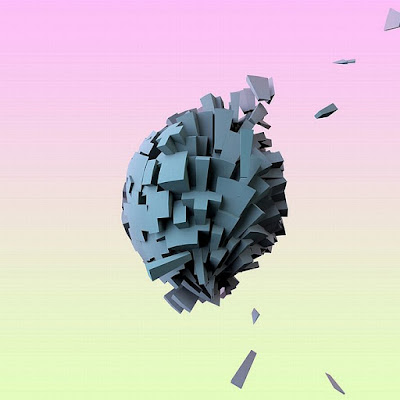 "Providence" is my 'first contact' with Nathan Fake. I hope we get along! Many thanks.