Vidna Obmana is a pseudonym used by Belgian composer and ambient musician Dirk Serries. The name Vidna Obmana, a phrase in Serbian, literally translates to "optical illusion" and was chosen by Serries because he felt it accurately described the music. Obmana's music has often been characterized as anamorphic and organic. He uses the techniques of looping and shaping harmonies, minimizing the configurations to a few notes.....N'Joy

Belgian producer Dirk Serries, aka Vidna Obmana, is a prolific composer of deep ambient and electro-acoustic music, utilizing slow, shifting electronic figures and sparse environmental recordings to construct long, minimalist, often extremely personal textural works. Taking his nom de plume from the Yugoslavian for "optical illusion" (a concept which carries much weight in his composing, as well), Serries has released material through a wide range of different labels, including Projekt, Amplexus, Extreme, Hic Sunt Leones, Syrenia, ND, and Multimood. Born and raised in Antwerp, Serries began recording experimental noise musics in the late '80s, working solo and in combination with artists such as PBK, exploring the more abrasive side of electronic composition. Beginning with the release in 1990 of Shadowing in Sorrow, however, (the first part of what would come to be known as Vidna's ambient Trilogy) Serries began moving toward an almost isolationist ambient aesthetic, exploring themes of calm, solitude, grief, and introspection in long, moving pieces which tended to chart similar ground as American space music artists such as Robert Rich, Michael Stearns, and Steve Roach (Serries has since collaborated with both Rich and Roach). The first two movements of the Trilogy -- Sorrow, as well as its follow-up Passage in Beauty -- were self-released by Serries in 1990 and 1991, with the third volume, Ending Mirag, appearing the following year on the American ND label. The album was praised as some of the finest post-classical experimental electronic music of its time, and the Stateside connection finally opened his music up to an American audience, leading also to his association with Sam Rosenthal's Projekt label (the entire Trilogy was finally reissued by Projekt sister label Relic as a boxed set in 1996, with several new Vidna releases also appearing in the interim).

Although his textural recordings form the core of his output to date, Serries' more recent solo and collaborative works (such as The Transcending Quest, Echoing Delight, and The Spiritual Bonding) have also found him pushing the minimalism of his earlier works into the Fourth World territories of artists such as Jorge Reyes, Michael Stearns, and Jon Hassell, setting lush, dreamy soundscapes in a larger, more engaging rhythmic framework (usually with contributions from percussionists Djen Ajakan Shean and Steve Roach). Still, as many compilations and retrospectives of his earlier or unreleased work have appeared in recent times so as to confuse somewhat the trajectory of his development, which at any rate seems to trade more or less equally between the freeform conceptual landscapes of his earlier Projekt, Relic, and ND works and the more structured interactivity of the Extreme and Amplexus releases. Collaborations have also increasingly occupied Serries' time, with full-length works with Steve Roach (Well of Souls, The Spiritual Bonding), Robert Rich (The Spiritual Bonding), Asmus Tietchens (a self-titled collaboration for Syrenia), Sam Rosenthal (Terrace Of Memories), and Djen Ajakan Shean (Parallel Flaming) appearing all within the space of only a few years. Both Landscape in Obscurity and The Shape of Solitude followed in 1999, and in the spring of 2000 Obmana returned with Echo Passage and Surreal Sanctuary. Subterranean Collective was issued the following year.

Early in his career, Vidna Obmana (aka Dirk Serries) recorded very deep minimalism. He developed his tribal ambient style in the late '90s and early 2000s. Passage in Beauty is one of Obmana's early recordings and it is steeped in the finest traditions of Brian Eno ambience. The soundscapes are full and dense. They are also quite colorful, but the colors are deep gray and foggy blue. This is neither dark minimalism nor pastoral ambience. This is icy minimalism that evokes images of a frozen tundra and the barren polar icecaps. This CD will appeal to fans of Brian Eno, James Johnson, Larry Kucharz, and Jeff Pearce. It is available in The Trilogy, a box set of three of Obmana's cassettes digitally remastered for CD. The set including  Shadowing in Sorrow and Ending Mirage is essential for all fans of electronic minimalism and up for grabs here 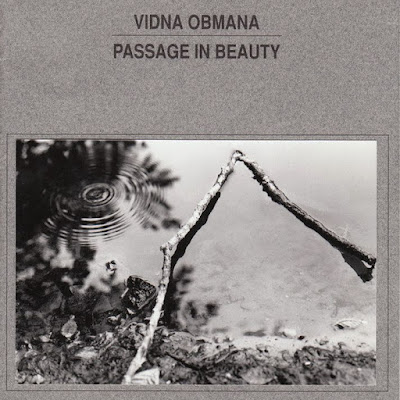 A rare treat much-anticipated by out-of-the-loop Obmana fans, The Trilogy collects a trio of full-length recordings self-released by Vidna's Dirk Serries and through tiny American experimental electronic label ND, featuring hands down the composer's finest, most accomplished textural works to date. While three discs might seem excessive for a compositional style relying heavily on looping and repetition, the pieces never seem indulgent or overlong (indeed, they occasionally seem almost too short), with each disc sketching out an emotional space all its own. The first and last word in Vidna-style ambient. 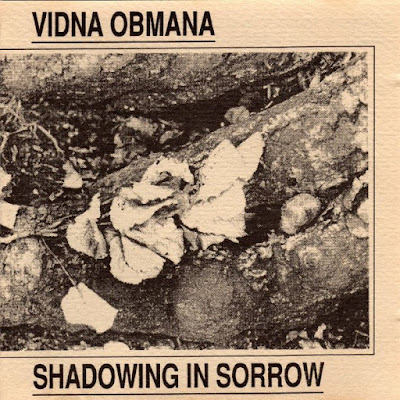 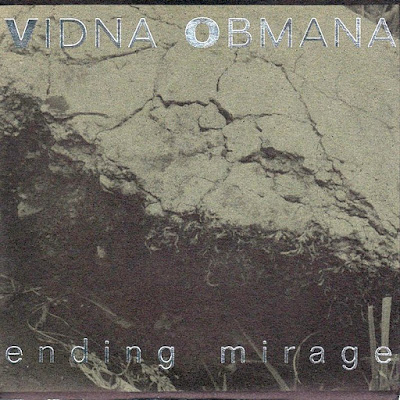 A collection of selected works recorded between 1990 and 1995. None of these tracks featured on any albums, but some were released on compilations. Like many electronic musicians, Vidna Obmana (née Dirk Serries) contributes frequently to various-artists compilation albums. He usually contributes a piece that is unique to the album. Thus, he has a wealth of material in his vaults that many of his fans have not heard. Twilight of Perception: Compilation and Previously Unreleased Works is a set of such material. Serries recorded these compositions from 1990 to 1995. Albums of this nature often sound disjointed and out of sync. Serries has a real talent for sequencing and tracking his music. The flow of these pieces gives the impression that they were intended for this album. Some of the works are pure minimalism as on his earlier albums, and some are tribal minimalism as on the works of this era. The most interesting pieces are hybrids of both styles. Serries transitions smoothly between styles. This album is a nice snapshot of Serries' development. It will appeal to fans of Steve Roach, Robert Rich, Ma Ja Le, and Biff Johnson. For collectors it is a must-have. For casual fans, it is important. 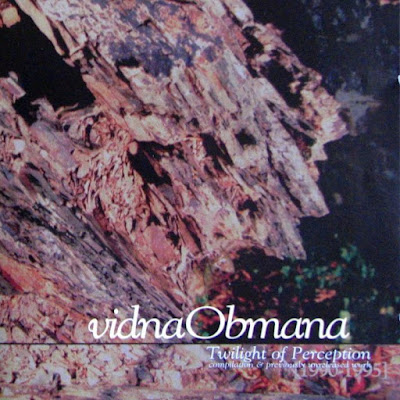 Belgian composer Dirk Serries, aka Vidna Obmana, has crafted a well-polished, smooth stone that glistens in the river of Sound. His minimalist, trancewalk, dreamtime whispers on Crossing the Trail rate right up there with Steve Roach, Robert Rich, and Nik Tyndall, to mention just a few. In fact, Roach guests on this release having collaborated with Vidna Obmana in past creations. Seamless, drifting, boundless, lilting, waves and rivulets of sound wash over you in the 69-plus minutes, that pass by in a timeless void. Seven journeys await you, each pouring into the next, "Encountering Terrain" to "Trail Dwelling" and into "Forest Arrow." I hear a percussive, gently driven trilogy, flowing from the headwaters of imagination to the broad expanses of vision. "Mission Ground" glides you out onto a still lake of mists and ominous foreboding. "The Esoteric Source" is passage inside a great Temple, the Hall of Records, spanning this tributary of Time we know as Life. Vidna Obmana opens the ineffable gates of lucid dreaming with this piece. "The Giant Traveller" speaks to me of secrets now learned, we walk now in wisdom, unafraid of the darkness and the pace is our own. "This Splendid Place" is the dimension of all our aspirations, now complete. Pain is past. Sorrow is unknown. Quicksilver, ebony dark seas caress the shores of the Overworld. Here is the land of the undiscovered way, the paths few trod, the pass through the snow-covered mountains on the edge of Being. Vidna Obmana guides the soul in Crossing the Trail. Vidna Obmana has learned his lessons well and offers a gift of thanks. 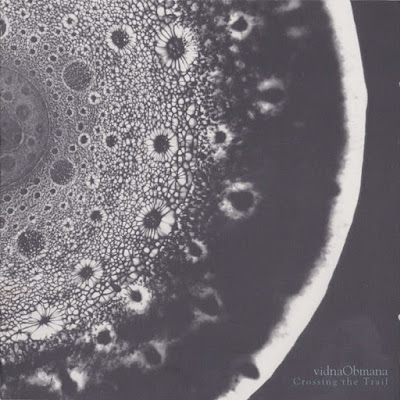