Hello, a cup midweek saw premier league leaders Arsenal go down 3-0 against a midtable second tier team Sheffield Wednesday, meanwhile Bayen visited Cupholder Wolfsburg, after 35 min it was 0-3 the remainig time Bayern cruised to victory leaving a path to score with only their second shot on target in the 90th min for the Wolfsburg team..... These Throbbing posts are rather popular reason enough to have another one

Throbbing Gristle were an English music and visual arts group that evolved from the performance art group COUM Transmissions. The band comprised Genesis P-Orridge (born Neil Megson; bass guitar, violin, vocals, vibraphone), Cosey Fanni Tutti (born Christine Newby; guitars, cornet, vocals), Peter "Sleazy" Christopherson (tapes, found sounds, horns, piano, vibraphone, synthesizer) and Chris Carter (synthesizers, tapes, electronics). The band is widely viewed, along with contemporaries Cabaret Voltaire, as having created the industrial music genre. The group disbanded in 1981, but the individual members went on to participate in other projects, and reformed in 2004 for a second stint before disbanding again in 2010 after the death of Peter Christopherson.

In 1987, Newton reactivated DVA and invited Dean Dennis and Paul Browse back into the fold to aid Newton's use of computer aided sampling techniques which he had been developing in The Anti Group. They released Buried Dreams (1989), an electronic album which (along with its single "The Hacker") received critical acclaim as a pioneering work in the cyberpunk genre. It is also rumored to have been the CD found in Jeffrey Dahmer's stereo at the time of his arrest, according to a 1990s piece published by Alternative Press. Browse left the group in 1989 and was replaced by Robert E. Baker. The album Man-Amplified (1992), an exploration of cybernetics, was the next release. Digital Soundtracks (1992), an instrumental album, followed.

Throbbing Gristle's confrontational live performances and use of often disturbing imagery, including pornography and photographs of Nazi concentration camps, gave the group a notorious reputation. However, the group always maintained that their mission was to challenge and explore the darker and obsessive sides of the human condition rather than to make attractive music.[citation needed] Throbbing Gristle made extensive use of pre-recorded tape-based samples[5] and special effects to produce a distinctive, highly distorted background, usually accompanied by lyrics or spoken-word performances by Cosey Fanni Tutti or Genesis P-Orridge. Though they asserted they wanted to provoke their audience into thinking for themselves rather than pushing any specific agenda (as evidenced by the song "Don't Do As You're Told, Do As You Think" on Heathen Earth), Throbbing Gristle also frequently associated with the anarchist punk scene. They appeared in the fanzine Toxic Grafity, with a condensation of their own propaganda parody series, Industrial News.

In 1977, they released their debut single, "United"/"Zyklon B Zombie", followed by an album, The Second Annual Report. Although pressed in a limited initial run of 786 copies on the band's own Industrial Records label, it was later re-released on Mute Records due to high demand; however, this later release was reversed with all tracks playing backwards and in reverse order. This was followed by a series of albums, singles and live performances over a four-year period.

On 29 May 1981, Throbbing Gristle performed at the Kezar Pavilion in San Francisco, California, United States. This concert marked the end of the group and its mission. As Cosey succinctly put it, "TG broke up because me and Gen broke up".
Genesis P-Orridge and Peter Christopherson went on to form Psychic TV, while Cosey Fanni Tutti and Carter continued to record together under the names of Chris and Cosey, Carter Tutti and Creative Technology Institute. Christopherson later went on to become half of the band Coil with his partner and fellow Psychic TV member, the late John Balance. Meanwhile, Gen (now known as Genesis Breyer P-Orridge) subsequently formed Thee Majesty and PTV3 with the help of her wife, the late Jacqueline "Jaye" Breyer.

In 2004, Throbbing Gristle briefly reunited to record and release the limited album TG Now. On 2 April 2007, TG released the album Part Two, which the group had finished recording in Berlin. With the exception of TG Now, it was their first studio album in twenty five years. It was originally set to be released by Mute Records in September 2006 but was delayed for unknown reasons.[citation needed]

A seven-disc DVD set, titled TGV, was issued in 2007.[8] The set contains old and new footage of the band. TGV came packaged in a deluxe box with a 64-page book, all designed by Christopherson.[9]

The group performed a re-interpretation of their debut album The Second Annual Report twice in 2008 to mark thirty years since its original release. The performance in Paris on 6 June was issued as a limited edition framed vinyl set entitled The Thirty-Second Annual Report, which was limited to 777 copies (as the group claim the original was, although other sources claim that there were 785). Throbbing Gristle worked to record an album based on their interpretation of Nico's album Desertshore. The group issued the entirety of the recording sessions for this album as a limited edition twelve-CD set packaged in a custom CD wallet, The Desertshore Installation, which sold out via mail order from the group's website.

In April 2009, Throbbing Gristle toured the United States, appearing at the Coachella Valley Music and Arts Festival in Los Angeles, New York, San Francisco and Chicago. A new release was made available at these shows, The Third Mind Movements, which was edited from jams recorded during the Desertshore recording sessions.

A collaboration with Cerith Wyn Evans titled A=P=P=A=R=I=T=I=O=N was displayed at Tramway, Glasgow from the 7 August to 27 September 2009. Throbbing Gristle contributed a multi-channel soundtrack that was played through sixteen hanging Audio Spotlight sound panels that Evans had incorporated into his sculpture. In November 2009, Throbbing Gristle and Industrial Records released their version of the Buddha Machine called Gristleism. It was designed by Throbbing Gristle and Christiaan Virant based on FM3's design. Gristleism offers more loops and almost twice the frequency range of the Buddha Machine. The player comes in three colors: black, chrome and red.

On 29 October 2010, Throbbing Gristle announced on their website that Genesis P-Orridge had informed them that she was no longer willing to perform with Throbbing Gristle and would be returning to her home in New York. Chris, Cosey and Christopherson would finish the tour under the name X-TG. P-Orridge's website stated that she had not quit Throbbing Gristle and had just stopped participating on the current tour; it also said that an explanation would be released when all things were cleared up. However, on 24 November 2010, Christopherson died in his sleep at the age of 55, and the band subsequently dissolved.

In 2011, Industrial Records had an official "re-activation", as TG's contract with Mute Records had expired. Since TG has permanently disbanded following the death of Christopherson, the label's plan is to re-release the original TG albums (The Second Annual Report, D.o.A: The Third and Final Report, 20 Jazz Funk Greats, Heathen Earth and Greatest Hits) on the label. Originally intended to be released en masse on 26 September 2011, they had to delay due to a Sony DADC warehouse fire in London. The plan changed to issue each album chronologically once per week starting on Halloween 2011 with The Second Annual Report and ending 28 November with Greatest Hits.

A group decision had been made prior to Christopherson's death that the album would be recorded afresh, as they were not satisfied with the ICA recordings. Christopherson had been the driving force behind the project and had been working on the record in Bangkok with Danny Hyde, even getting custom instruments made to use for the album. "It was Sleazy's project, then Cosey and Sleazy's, then I came in on it", Carter explained in an interview with The Quietus.[19] After Christopherson died, the Desertshore instruments were given to Carter and Cosey and they have been combining the recordings he had been making with the work they had done themselves. They have announced plans to debut the album live at AV Festival on 17 March 2012 accompanied by a screening of Philippe Garrel's film The Inner Scar "for which Desertshore was soundtrack and inspiration"

Originally released in 1982 through the group's fan club and reissued in 1997, Assume Power Focus captures Throbbing Gristle in its formative stages; most of the material dates from 1975, with the exception of two previously unissued Orridge tracks, "A Debris of Murder" and "Leeds Ripper." The recording quality is a bit crude, and the difference between the earlier and later tracks is pretty major -- the later ones are much more rhythmic and structured -- but overall, it's an intriguing look at the seminal outfit's arty beginnings. 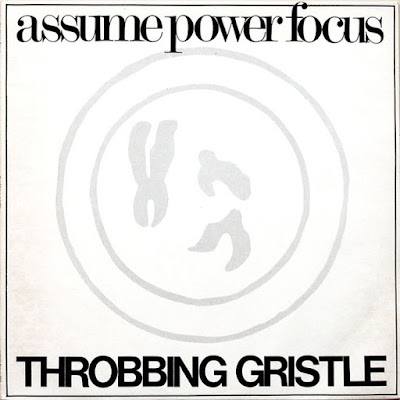 CD1 is a wonderful example of the softer, gentler, white noise side of TG--it still has a few vaguely ominous moments, but in general works just as well as a noise generator for inducing sleep. It's a bedtime favorite at our house, ranking alongside Sigur Ros, Cocteau Twins, My Bloody Valentine, etc.

This was recorded live in the studio in one take in March of 1979, but you would never know that if not told--it's layered and dynamic yet hypnotic. It sprawls and hums and fizzes and crackles, eventually turning into the rhythm from "Convincing People"... and that hangs around for a while with some damned funky bass, one continuous track shuffle of live TG. It's one long track, but that is as should be. You should listen to the whole thing at once, though you certainly do not need to remain conscious for all of it. 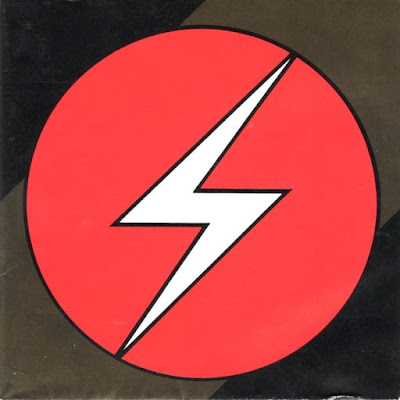 One of the more strange entries in the Throbbing Gristle catalog, though not one of their best, Grief offers two LP-side-long collages of various rumblings and tweakings and other electronic noises, even half a minute of "Subhuman," with several interviews with Throbbing Gristle's leader, Genesis P-Orridge, and occasional interjections from other bandmembers. Most of the interviews are put though various effects boxes, lots of echoing, and other distortions that make them quite difficult to follow, and other times two different dialogues are going on at once. It's too bad, because at times what P-Orridge has to say is quite fascinating, like when he talks about censorship and his troubles of mailing pornographic postcards or going through William S. Burroughs' archives of old tape experiments. A bit less on the effects and sounds would have been an improvement. Everything is piled on top of each other haphazardly for one chaotic soup of noise that is really too confusing to be effective. This comes off too much like the work of stoned college sophomores with a multi-track and too much time on their hands. 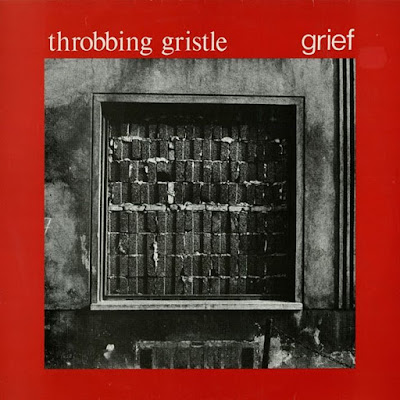 Thanks - especially for for this video tape.

Do you maybe have some other videos able to upload as avi files? Maybe Cabaret Voltaire "Double Vision"?