Hello Alphabet Soup has reeached X, and i have to say my X-files total number is low, therefor just the two today, first Xymox, they came by here once before as Clan of Xymox in the Eurotour/Netherlands with their first official album, however they started out as Xymox and dropped the Clan part in 87 reverting back to Xymox for a decade but since 97 the Clan part is back on . Confused..well Xymox second album under their old moniker came after a unexpected success with Twist of Shadows , that caused expectations to rise considerably for the sale of the follow up and when it didnt manifest, the label execs blamed the shortcomings of their bloated predictions on the band (as usual). It left the already recorded followup in limbo..exit halfthe band and the label. That was 92 ..they are still here...My second band Xploding Plastics ..sounds friendlier then semtex.. are produce a very continental lounge beat, the vienna scientists Kruder and Dorfmeister of Norway.

Clan of Xymox, also known as Xymox at various parts of their career, are a darkwave/gothic rock band founded in Nijmegen, the Netherlands, in 1983. The Subsequent Pleasures EP was self-published under the name Xymox, at that time consisting of Moorings on guitar and vocals, his girlfriend Anke Wolbert on bass and vocals, and Pieter Nooten on keyboards. A chance meeting with Brendan Perry and Lisa Gerrard of Dead Can Dance led to an invitation to support that band on a UK tour, and then a recording contract with their record label, 4AD Records.

Their debut album, self-titled under their newly adopted name Clan of Xymox, was released by 4AD in 1985, and drew comparisons to Joy Division and The Cure. 1986 saw their second album, Medusa (considered by many fans to be their finest work), continuing in this dark vein. They released two albums and a number of singles on 4AD before shortening their name to Xymox in 1988 and signing to a subsidiary of Polygram. Their releases as Xymox were in a more synthpop/dance music vein.
Twist of Shadows was the band's most commercially successful album, selling 300,000 copies. With 1991's follow-up Phoenix (with Nooten back on board) Xymox was making an effort to escape its obscurity and be more commercial. There were those who labeled Phoenix as the work of a band that had sold out, but while eerie, high-tech tunes such as "Smile Like Heaven," "Written in the Stars" and "Mark the Days" are slicker and more pop-minded than Xymox's mid-1980s work, they're far from bad. The gloominess and overtly European qualities that had characterized early Xymox remained, though Xymox was definitely thinking in terms of the pop-rock audienceless alas it wasnt as successful as it predecessor, and when their recordlabels executive nitwit declined to release the next album, Metamorphosis, Nooten and Wolbert left the band for good.

With only Ronny Moorings remaining they moved to an independant releasing Metamorphosis and Headclouds The Xymox era ended in 1997 when, in the midst of a revival in the Gothic scene, Ronny Moorings made the decision to restart Clan of Xymox . In 1999, they signed with the Metropolis label and released Creatures, which was followed a year later by the two-CD Live. The 2001 album Notes from the Underground was reinterpreted on the double remix CD Remixes from the Underground, which landed in 2002. Farewell from 2003 was a themed album with bittersweet goodbyes to lovers and friends the main topics. The 2004 collection The Best of Clan of Xymox found latter-day highlights next to re-recordings of the band's early material. Two years later, the album Breaking Point was announced by the single "Weak in My Knees." 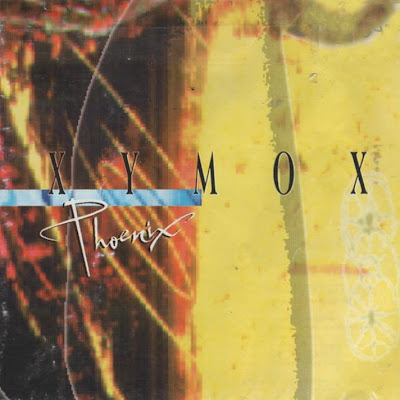 Xploding Plastix is the musical child of Jens Petter Nilsen and Hallvard Hagen. Both based in Oslo, they started making music together somewhere late 98-early 99. After about a year of playing, sampling, programming and focused tune writing; they decided it was time to let the public hear what they'd been up to. This resulted in a 6 track demo late 99. About 22 hours after first shipment, record companies were on the phone, and months later, 5 out of 6 tracks were released on various lables. 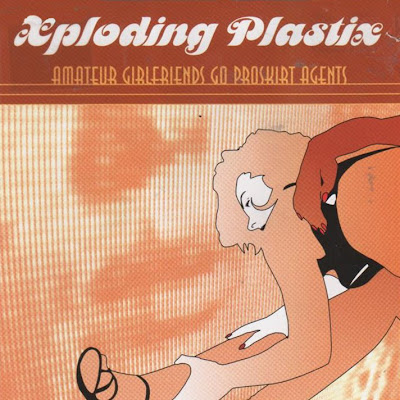 Hi Rho, Thanks for the Clan of Xymox re-ups. Can you repost the Xymox - Phoenix album?

Thanks in advance
AJ

Could you re-up Xploding Plastix,Rho?