Unfortunately Mediafire has decided to no longer accept any size uploads, which it naively did before feb 1, i think the cap at 100mb is arbitrary, for me it means that several uploads will have to be split. As, in contrast to rapidshare, you won't have to wait an hour or more to get the other part i suppose its not too inconvenient.

I noted a bigger inconvenience at blogger, as coverart not always unfolds, im not sure if i can do anything about it. However,  i can point you to my Opera mirror blog, Rho-Xsss where cover art is displayed fullsize.

Denmark to be or, my second danish installment with more new talent rearing it's head, like Kasmir, Diefenbach, Efterklang and Under Byen from my last post Mew, Saybia, Bliss and Lampshade need all the exposure they can get, which means being twice as good and lots of touring to get the press noticing them, because one things for sure, the anglo american music industry, and that includes their musicpress , isnt going to give up its imperialist ways by itself.

Well i start off today with 2 duo's, first a vinyl rip from Laid Back, kings of not to be music, they probably still make some nice pocketmoney from their 3 hits to this day. Safri Duo are a different proposition all together these guys have been drumming together sincec they were 10 year olds, they toured in suits with their classical arrangements and were thrown in the limelight when they tried something else Bongo Song.. got picked up and all of a sudden....

I've added some YouTube videos links , for entertainment and to give you the chance to probe naturally.

Laid Back (John Guldberg and Tim Stahl) are from Copenhagen and formed in 1979. In the early 1980s, Laid Back were known in their own country and South America only, with the 1982 single "Sunshine Reggae" being one of their most successful, however, no so in the United States, but its B-side, "White Horse," was embraced by several of the country's club DJs. Thanks to support from Prince, Warner Bros. eventually released a 12" single featuring "White Horse" and Prince's "When Doves Cry" on the same platter, increasing Laid Back's profile significantly. The track's instantly recognizable, snapping electro-funk has solidified its reputation as an underground dance classic played by DJs until this day. "White Horse" (heroin) was an anti-drug abuse themed track about people who were lured into the drug culture/lifestyle.

For a number of years Laid Back were fairly quiet, but they resurfaced in 1989 with the catchy single "Bakerman," (featuring famous Danish singer Hanne Boel) a hit in most European countries (including #9 in Germany) and a minor success in the UK charts where it reached number 44 (1990). It received plenty of airplay because of its unusual video, directed by Lars von Trier, which had the band skydiving while "playing" their instruments. Though they never again enjoyed the attention granted to them through "White Horse," Stahl and Guldberg continue making music together as Laid Back The duo also began working as composers of film music. In 2002, the duo composed the soundtrack of feature film, Flyvende Farmor, for which they were awarded a Robert, one of Denmark's top film awards. 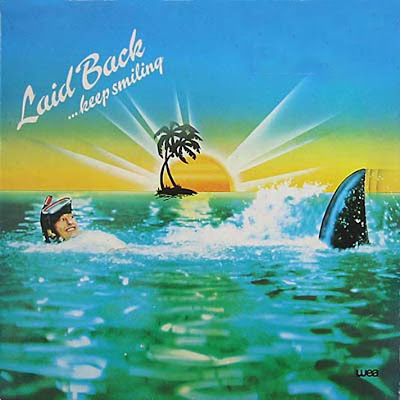 Uffe Savery and Morten Friis first met in 1977 playing with the Tivoli Garden Boys' Guard Band, in 88 whilst attending the Royal Danish Conservatory of Music, they formed an experimental duo, called Safri Duo, whose name originated from the first letters of their last names: Savery and Friis. Under this name, Savery and Friis released six albums between 1990 and 1998, mostly percussion transcriptions from classics from Bach, Chopin and others. Their talent did not pass unnoticed, and in 1999 the duo was given a contract with Universal Music Denmark.

After being signed, a track mixing both tribal sound and modern electronica was set to be released in 2000 The result was the tremendously popular "Played-a-live (The Bongo Song)," , it started appearing on club's playlists, it soon got airtime on MTV Europe. The mix between the then fashionable tribal drums over trance proved to be a success, and it ended the year as one of the best selling singles in Europe in 2000. The album, named Episode II hit the market on 4 June 2001, nine tracks long, all featured the same percurssion-electronica combination, except Adagio that kept the former classic line of the duo. A reissue with the single Sweet Freedom recorded with Michael McDonald was released on 30 September 2002.

In 2003 the new album 3.0 was released. It featured Clark Anderson as vocalist on several of the tracks, including All the People in the World, Agogo Mosse and Laarbasses. The single Rise became a huge success and later they released a new version called Rise (Leave Me Alone) which featured Clark Anderson on vocals. In 2004 they released a remix album of 3.0 called 3.5 - International Version. Not everybody's cup of tea i guess and they certainly could have done with a better trance dj to guide them, but these guys, not even 40, have been seriously playing the drums for 30 years now and that deserves respect. 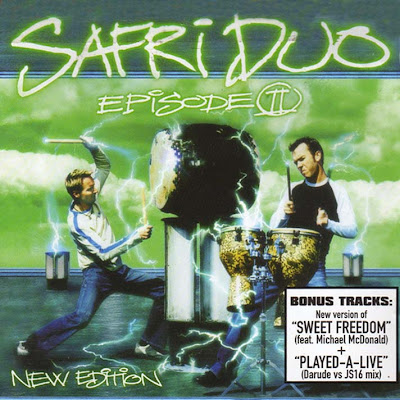 The band originates from Hellerup, north of Copenhagen, though the members now all reside in London, England. Whilst their music may be classified as indie and on occasion progressive rock, they sometimes humorously refer to it themselves as "pretentious art rock".At the 2003 Danish Music Critics Award Show, Mew was awarded prizes for "Album of the Year" and "Band of the Year". After an European tour supporting R.E.M. they have begun to attract wider attention. Their latest album "And The Glass Handed Kites" brought them 4 statuettes at the Danish Music Awards 2006.

Mew blend a distinctive mix of My Bloody Valentine, Lush and the Cocteau Twins (with a little dash of New Order) and come up with something verging on essential. Frengers, their debut album, kicks off with the superb single, Am I Wry? No, a frenetic surge of pop that collapses on itself several times as it pushes you into raptures. It's not the style of the rest of the album, but its passion throbs through the remaining nine tracks.

Symmetry is an ethereal beauty that seems to have been stolen off the kitchen side while Liz Fraser was looking the other way, Her Voice Is Beyond Her Years throws a tantrum in the intro and continues down the street marked Stina Nordenstam (the spiritual mother of this group), She Came Home For Christmas is a devastating snow storm, frozen into a sheer slide of emotion, and album closer Comforting Sounds is just that, a womblike vision of lo-fi guitars and far-off harmonies that suddenly burst into flower and joy. 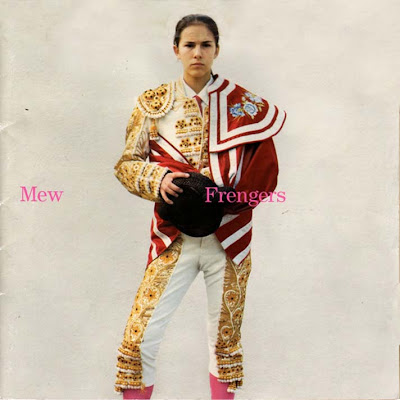 In 1993, the band Saybia was formed in the town Nyborg, Denmark. The Name Saybia originated from the name of a Sabian cymbal, Sabian slowly turned to Saybia. At that the time the band members were: Søren Huss (Vocal), Thomas Dahl (Guitar), Jeppe Knudsen (Bass) og Palle Sørensen (Drums) In 1998, two new band members joined the band; guitar player Sebastian Sandstrøm replaced Thomas Dahl who had quit the band and keyboard player Jess Jensen. In 2000, the band moved to Copenhagen where they started to work on new songs in their studio. In June 2001 they get a record deal with EMI and release the "Saybia EP" containing 6 numbers, with songs like "Foold corner" and "The day after tomorrow", which got them nominated for 3 Danish Music Awards, winning the Award for Best Rock Album. A big part of the bands success was thanks to massive airplay on the Danish radio station "P3".

January 2002, the long awaited album "The second you sleep" was released. In Denmark, this album hits the number 1 position in almost all charts in no-time and ultimately sold 300,000 copies ( 1 in 10 danish households has a copy !). The single "The second you sleep" also got released in the Netherlands, Belgium, Germany, Norway, Sweden and Finland. September 2004 Saybia releases the follow-up to The Second You sleep: These Are The Days.

This 40 min Live EP came as a limited edition with The Second You sleep album, and is recorded at O13, a mediumsized concerthall with excellent acoustics in Tilburg, Netherlands. Some reviewers thought it better than the album versions, i can agree to that, to juice it up a little i've added some second you sleep tracks that are not on the live ep. 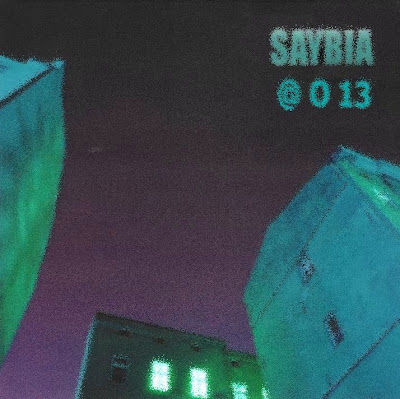 BLISS - The very name says much about the music. But little is known about this rising Danish/Swedish and African outfit. Because founding members dj Steffen Aaskoven and classically trained Marc-George Andersen, with Alexandra and Tchando on vocals, have chosen a somewhat anonymous profile so far. Even their sleeve imagery has been abstract and about the music. Instead they've been allowing their music to speak for them. The musical world of BLISS is deeply rooted in a blend of western, african and classical musical influences representing the vast musical backgrounds of all four members respectively. It also showchases an undercurrent of apprent melancholy with a warmth that is otherwise hard to describe in words...

Since the first release of the debut album 'Afterlife' (2001) and having sold more than 12.000 records in Denmark, BLISS have gained a growing audience around the world. BLISS is also one of the most compiled acts from Scandinavia and have appeared on more than 58 compilations over the last 2 years.Lately BLISS have expanded their musical scope and have been producing music amongst other things for the American tv series C.S.I (Crime Scene Investigation), the reality show ROBINSON and have also written the official movie trailer for the first Copenhagen International Film Festival 2003. Furthermore, BLISS have provided music for such diverse companies and adds like Carlsberg, Lundbeck, Zendium....and will continue supporting all kinds of media and to appear in diverse fora.

Bliss's Quiet Letters makes you think of Massive (new age) Attack meets Sade. With the vibes of Morricone opening track ”Sleep will Come” from”Quiet Letters” is an open space created with musical flair for tradition, and beautiful sense of beauty ambience. Calm, quietly it folds into a dreamy and peaceful piece of music, that makes you think about a movie ones lost, now found.This jamuary Bliss released a new album "Spirit of Man" 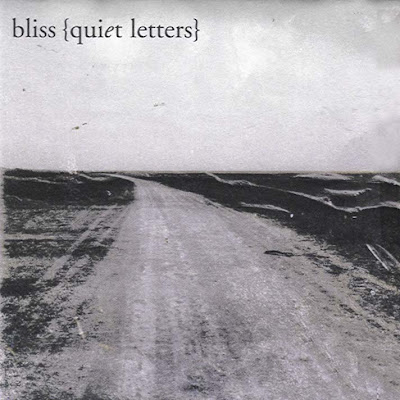 Lampshade has existed since 2000 and has released a bunch of singles and EP’s, taken part in the concept release 3P (three EP’s released as an album in a digi-pack) and about 15 compilations internationally. The breakthrough single ’Adorable Void?’ was released in 2001 and made way for a long line of concerts and festivals in Denmark, Sweden, Germany and The Netherlands and for airplay in Danish national TV and radio. In 2003 Lampshade released the debut album ’Because Trees Can Fly’ in Denmark and the year after the band signed with Glitterhouse Records after a show that amazed the label’s President and A&R at a concert in Germany, subsequently the album was released in the rest of Europe with great success.

The title ’because trees can fly’ is inspired by the poem ’Seglet blev brudt’ written by the Danish author Martin A. Hansen, and it is an expression of the band’s confident and simple but grandiose music. It is an album full of hope and positivism containing 12 songs that shape a whole of whispering lyric poetry and beautiful noise. The tracks are flavoured with trumpet, cello, horn, glockenspiel, piano and a lot of other musical details.

The band writes all its songs together and all contribute with new ideas and ‘relics’ of each of their musical raising that roughly looks like this: Guitarist Martin has his background in hardcore and melancholic rock, while the Swedish Drummer Daniel is into emorock . The musical revolution in bassist and singer Johannes’ life came with noise- and postrock, lead singer and key-player Rebekkamaria’s universe is full of lo-fi rock and singer/song-writer music .
Last year Lampshade released "Let's Away" 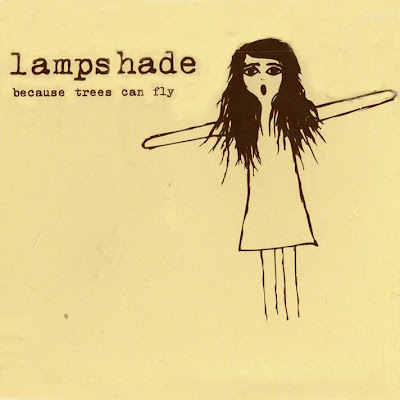 Can you please re up Laid Back?