Hello, now Babylon's in Ashes but we humans don't loose our hubris that easy after all we are used to celebrate ignorance..Anyway the story continues here this week.

Here today, naturally my mission of trying to breakthough the wall of nonsense build by the supposed smartest men on the planet is continuing as chinks start to appear, their arrogant stupidity set us back decades if not more, electro-magnetics is clean energy and would have delivered us not only flying cars, but flying saucers aswell and who knows a pathway into other dimensions..Meanwhile i got a request to continue the Expanse, and as this is one of the greatest SF series of our days and within it Abaddon's Gate one of it's highlights no reason to stop there then, so i won't...N Joy..

Before Einstein created his unique theorems on relativity, deflating Newton’s theories on gravity, Nikola Tesla posited the idea that electricity and energy were responsible for almost all cosmic phenomena. Tesla saw energy and electricity as an “incompressible fluid” of constant quantity that could neither be destroyed nor created.

If you want to find the secrets of the universe, think in terms of energy, frequency, and vibration. 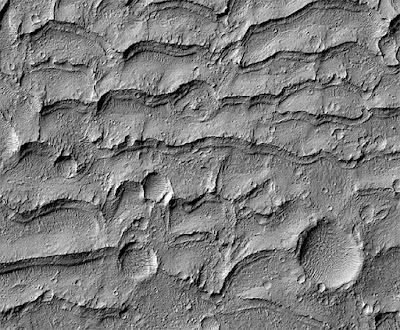 A portion of Medusae Fossae on Mars. Credit: NASA/JPL/University of Arizona


What carved these landforms?

Mars has been the subject of many previous Picture of the Day articles. Since its surface is preserved in a desert-like deep freeze, and appears devoid of water erosion, it is an excellent observational laboratory for Electric Universe concepts.

One of the points emphasized by those who advocate the Electric Universe theory, is that the Solar System was the scene of catastrophic events in the recent past that took the form of massive electric discharges and other plasma phenomena. Those events are postulated to have taken place between 5000 and 10,000 years ago. Whatever agency was responsible—dense clouds of plasma from interstellar space, extraordinary solar flares, or the close passage of another electrically charged celestial body or bodies—the result was devastation on a planetary scale.

The Medusae Fossae region on Mars is something of a puzzle for planetary scientists. An area approximately 1000 kilometers long by 400 kilometers at its widest point is so inundated with dust that there is no way for orbital instruments to derive a spectrogram. That means that no one knows what is under the dust. Since there is no way to know what it is, the speculation is that it might be layers of volcanic deposits, sediments from an ocean that vanished billions of years ago, or “compacted wind-blown soils”. Another possibility exists.

When electricity makes contact and snakes around a solid body, such as a planet, electric currents pull charged material from the surface where the arc touches down. Neutral dust and stones are pulled along with the ionized particles. Craters are most often circular because electromagnetic forces cause the arcs to maintain right angles to the impact zone. In Medusae Fossae, semicircular craters are cut into the sides of many large hills, with the other half of the circle a trench. How can an impactor from space form a trench while cleanly slicing a rocky mesa?

Since two or more filaments rotate around the arc axis, it can behave like a drill, excavating steep side walls and “pinching” a rolled rim. Often, the filaments will leave behind a central peak. Minerals in the crater will be electrically heated, scorched, and melted.

As Electric Universe proponent Wal Thornhill suggested, a positively charged surface will be melted, while the electromagnetic forces within the arc might lift the surface to form a “lightning blister,” called a fulgamite. Olympus Mons, for example, demonstrates the results of such a discharge: a gigantic mound with several overlapping craters at the top and a vertical drop off at its edge. There is also a “moat” surrounding Olympus Mons, as well as other mountainous formations.

If the surface is negatively charged, an arc will travel, sometimes eroding elongated craters, like the enigmatic “boot-shaped” crater recently discussed in a recent Picture of the Day. The arc might also jump from high point to high point. Smaller craters on the rims of larger ones point to this phenomenon. A series of craters in a line, otherwise called a “crater chain,” is another sign of arcing to a negatively charged substrate.

The advantage of the electrical interpretation is that it directly explains the nature of the topography dominating the surface of Mars. Electromagnetic forces between Birkeland currents constrained to a surface will force them into alignment. Ionic winds can lift pulverized rock and carry it along in the direction of the current flow. Where a discharge channel bifurcates, the branches tend to remain parallel to each other and may rejoin. Orthogonal coronal discharges from parallel Birkeland currents generate ripples of finely divided material.

It is most likely electrical effects that carved the craters on Mars and in so doing formed the drifts of finely pulverized debris that covers several thousand square kilometers in Medusae Fossae.

Scientists generally use the term "crisis in cosmology" to describe the numerous and growing evidences that contradict or undermine the Big Bang theory. For decades, numerous scientific papers have been published on the discordancy between the so-called expansion rate in the “early universe,” and the expansion rate in the “later Universe.”

In fact, recently the Keck Observatory issued a press release on the reported most reliable verification to date that the discordancy is real. And as we've reported ad nauseam on this series, the cosmological crisis runs much deeper and includes "surprising" discoveries at all scales throughout the cosmos.

In part one of this two-part presentation, physicist Wal Thornhill discusses some of the foundational problems with the standard cosmological model, and the real alternatives that the Electric Universe offers.

If you see a CC with this video, it means that subtitles are available. To find out which ones, click on the Gear Icon in the lower right area of the video box and click on “subtitles” in the drop-down box.  Then click on the subtitle that you would like.

As of 2019, The Expanse is made up of eight novels and eight shorter works - three short stories and five novellas. At least nine novels were planned, as well as two more novellas. The series was adapted for television by the Syfy Network, also under the title of The Expanse, then they dropped the ball despite the succes of the series, i suspect the whole thing got too serious (expensive) so once again Syfy network proved they can't handle success. Anyway fans were outraged and got Amazon Prime to pick it up for a fourth and fifth series and considering the mountain of money Jeff Bezos sits on i suspect several more as long as the fans keep cheering.

The Expanse is set in a future in which humanity has colonized much of the Solar System, but does not have interstellar travel. In the asteroid belt and beyond, tensions are rising between Earth's United Nations, Mars, and the outer planets.

The series initially takes place in the Solar System, using many real locations such as Ceres and Eros in the asteroid belt, several moons of Jupiter, with Ganymede and Europa the most developed, and small science bases as far out as Phoebe around Saturn and Titania around Uranus, as well as well-established domed settlements on Mars and the Moon.

As the series progresses, humanity gains access to thousands of new worlds by use of the ring, an artificially sustained Einstein-Rosen bridge or wormhole, created by a long dead alien race. The ring in our solar system is two AU from the orbit of Uranus, and passing through it leads to a hub of starless space approximately one million kilometers across, with more than 1,300 other rings, each with a star system on the other side. In the center of the hub, which is also referred to as the "slow zone", an alien space station controls the gates and can also set instantaneous speed limits on objects inside of the hub as a means of defense.


The story is told through multiple main point-of-view characters. There are two POV characters in the first book and four in books 2 through 5. In the sixth and seventh books, the number of POV characters increases, with several characters having only one or two chapters. Tiamat's Wrath returns to a more limited number with five. Every book also begins and ends with a prologue and epilogue told from a unique character's perspective.

Babylon's Ashes is a science fiction novel by James S. A. Corey, the pen name of Daniel Abraham and Ty Franck, and the sixth book in their The Expanse series. The title of the novel was announced in early July 2015[1] and the cover and brief synopsis were revealed on September 14, 2015

Following the events of Nemesis Games, the so-called Free Navy, made up of Belters using stolen military ships, has been growing ever bolder. After the crippling attacks on Earth and the Martian Navy, the Free Navy turns its attention to the colony ships headed for the ring gates and the worlds beyond. The relatively defenseless ships are left to fend for themselves, as neither Earth nor Mars are powerful enough to protect them. James Holden and the crew of the Rocinante are called upon once again by what remains of the UN and Martian governments to go to Medina Station, now in the hands of the Free Navy, in the ring station. On the other side of the rings an alien threat is growing; the Free Navy may be the least of humanity's problems. 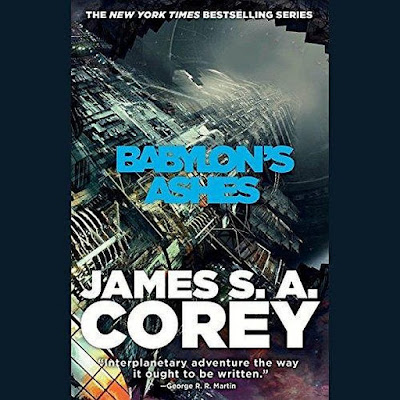 Dickhead, why don't you ask for reups under Stephen Micus albums? Can't be bothered so why should Rho!?