Hello, Alphabet Soup II has reached Gee, and this time i won't pass on an album which has been dear to me for many decades. Playing it again was a mixed thrill, as im made aware that 33 years have passed since i heard it first. This is a cd rip as my vinyl needed replacing back then (20 years ago). ....secondly Martin Gore, Depeche Mode 's main songwriter and occasinal singer, he recorded 2 soloalbums with covers of music that was dear and inspirational to him, i've joined them here..lastly a band of Canadian anarchists into postrock, Godspeed You Black Emperor ! a rather expedient post as today a treaty was made to do away with what the band described as U.X.O. unexploded ordnance(cluster bombs), as for the treaty China, Russia, USA and Israel gave it the middlefinger, they like the idea of children picking up explosives the next day.

The New Anon got picked up by Jonathan King who helped the band secure its first record deal and baptised them Genesis, the first album flopped and the band split to attend school/university but when Charisma a new label shoed interest they got together again, Trespass, the second album didnt do much better but it opened the door for Gabriels theatricals,again the band almost dissolved but this time they got some important replacements aboard, Phil Collins and Steve Hackett. Their next album, Nursery Cryme, the music was far more exciting than most of the progressive rock of the period, the heart of the record was "The Musical Box," a song telling a Victorian-era story of children, murder, and ghostly apparitions. Their live shows started to gain recognition, as Gabriel began to make ever more extensive use of masks, makeup, and props in concert, telling the framing stories in order to set up their increasingly complicated songs. Foxtrot, released in the fall of 1972, was a turning point in Genesis' history, and not just on commercial terms. The writing, especially on "Supper's Ready" was as sophisticated as anything in progressive rock, and the lyrics were complex, serious, and clever. The group's next release, Selling England by the Pound (1973), retained the pastoral yearning for ancient or medieval England as its primary thematic material, the album focuses on traces of this past in the present.It was also their biggest seller to date.

The release in late 1974 of the ambitious double LP The Lamb Lies Down on Broadway also marked the culmination of the group's early history. A concept album with a very involved story and a cast of characters, its composition had been difficult, involving a story outlined and written (along with most of the lyrics) exclusively by Gabriel. The singer had worked separately from the rest of the group for most of the composition, and a creative split developed between him and the others, which was exacerbated by personal problems that Gabriel was going through at the time, involving his marriage. The division grew worse during the tour that followed, when the other members began to feel that his performance -- and the costumes and costume changes that he required -- began to seriously detract from the music, and worse gave the public the idea that they were Peter Gabriels backing band.

We can assume Rael (messenger of the Elohim) is a Christ (The Lamb) figure. "The lamb lies down on Broadway" would then mean "Jesus Christ dies in New York." At the end of the story, Rael sacrifices his life for his brother John, in spite of the numerous times John had forsaken him, and he loves him anyway, a very Christian attitude. By making this final correct spiritual decision to save his brother, he allows himself to leave this purgatory into the true afterlife.

Gabriels silence and his known references about dreams has convinced me that he-Peter was a lucid dreamer and possibly an astral traveller, his descriptions of the wall that engolves him, the lifeless(dummy's) in all shapes and sizes he encouters, aswell as the crawlers looking for a way out. The 32 doors is an almost classic dream image, not being able to find his way like the others he trusts a blind woman Lilith ( a demon, after being cursed by Jahweh for not obeying that tiran) leads him thru a tunnel of light to more mystic imagery with the Lamia (half snake/half women)(defacto alien/human halfbreeds) after a pleasant sexual encounter he finds his way to the place where he meets his 'brother John', and where sexual lust is deemed a curse and so they get convinced to do away with it and be castrated. Then a raven appears and flies off with his tubed (sperm), chasing it he leaves his brother behind, when the raven drops it in the river, and he tracks it, he finds himself back on broadway again. As he wonders if this is another dream he hears the cries for help from his 'brother John' who like his tube floats down the river..he slides of the rocky embankment to rescue, when he gets hold of him, he finds that John is him(the tube) and he saves himself from going under. Understanding that it was him letting himself down all along.

In every way, it's a considerable, lasting achievement and it's little wonder that Peter Gabriel had to leave the band after this record: they had gone as far as they could go together, and could never top this extraordinary album. It's supposed to be rereleased as a SACD / DVD double-disc set (with new 5.1 and stereo mixes) in September 2008, dont hold your breath its been announced several times before. 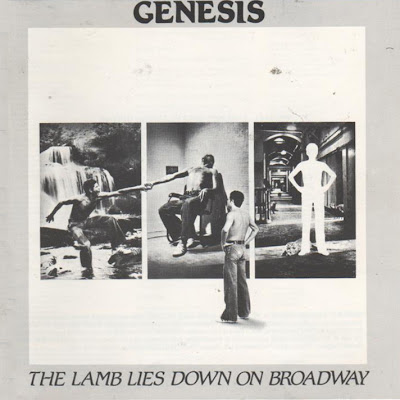 The songs Gore wrote for Depeche Mode's second album, A Broken Frame (1982) were different in sound and lyrical content from Clarke's offerings on Speak & Spell. Gore's writing became gradually darker and more political , his ominous songs grew more assured and sophisticated by the time of 1983's Construction Time Again. Some Great Reward, issued the following year, was Depeche Mode's artistic and commercial breakthrough. The egalitarian single "People Are People" was a major hit on both sides of the Atlantic, and typified the music's turn toward more industrial textures. 1986's atmospheric Black Celebration continued the trend towards grim melancholy, and further established the group as a major commercial force.

Counterfeit 1 was recorded during a band hiatus after recording and touring for the album Music for the Masses;Counterfeit² was released April 2003 , the album features 11 covers of songs that Martin considered influential to his own compositions for Depeche Mode. He recorded this album around the same time as David Gahan recorded his first solo album Paper Monsters, after the Exciter tour was finished

On 27 August 1994, Gore married lingerie designer Suzanne Boisvert, and has two daughters and a son with her: Viva Lee Gore (born 6 June 1991) and Ava Lee Gore (born 21 August 1995) and Calo Leon Gore (born 27 July 2002). As of January 2006, Gore has divorced from Boisvert. The song "Precious" from 2005's Playing the Angel was a product of the divorce, written as a response to the trauma it caused his children. 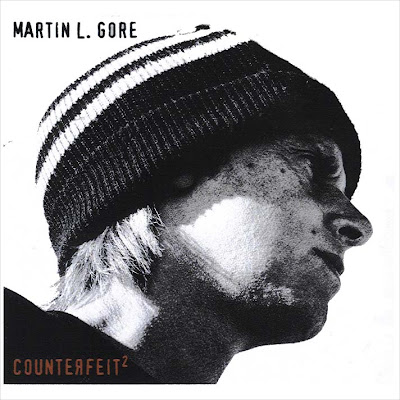 The band took its name from God Speed You! Black Emperor, a little known 1976 Japanese black-and-white documentary by director Mitsuo Yanagimachi, which follows the exploits of a Japanese biker gang, the Black Emperors. The band is most commonly classified as post-rock, but they exhibit influences from a range of styles including progressive rock, punk, classical music and avant-garde.

GYBE! formed in 1994, the band's first album, F#A#(Infinity), was initially a limited-run release of 550 LPs on the Canadian label Constellation, but was picked up by Kranky and released onto CD as well. Early 1999 brought the EP Slow Riot for New Zero Kanada (released by both labels) and increased recognition for a band intent on retaining anonymity. Nevertheless, interest in GYBE! only continued to grow among new music fans, the band's participation in the Peel Session, and the group's consistently impressive live shows.. These performances generally include at least nine or more musicians and a projectionist. The instrumentation consists of three guitars, two basses, French horn, violin, viola, cello, and percussion. 2000 brought about the release of Lift Your Skinny Fists Like Antennas to Heaven, pushing their diverse orchestral rock sound even further into the universe. The group is known for their film loops, which they project behind them during performances. Efrim Menuck has explained that these loops, which are commonly produced by violinist Sophie Trudeau, are an important aspect of their concerts, because they put the whole into context.

The band members have in the past been reluctant to give interviews, and have expressed their distaste for the mainstream, corporation-owned music industry. This has given them a reputation as shadowy, even unfriendly figures, and not a great deal is known about them personally. They even got arrested as suspected terrorists, when a dimwitted gas station attendent gave in to the forcefed paranoia and called the cops when a bunch of Canadian anarchists (GYBE! ) stopped for some gas. In the end it took the FBI to clear them...

Yanqui U.X.O. ( The liner notes also refer to "Yanqui" as a "multinational corporate oligarchy", while "U.X.O." stands for unexploded ordnance.) was released in 2002. The sound over these three long cuts, like all of the band's recordings, develops slowly over time and creates layers of dynamic tension that expresses itself in waves and off-kilter, shimmering flows. Surprisingly here, a more minimal and 'quiet' approach is used. There is more melody, above all, there's aching, anguished beauty created by dissonance between the instruments. The first song is named after the date on which the current Palestinian intifada began: 09-15-00, apparently Ariel Sharon incited the al-Aqsa Intifada by visiting Jerusalem's Temple Mount. This is music for a different kind of engagement that of becoming aware of tyranny and disappearance. In a way that is what they did as from 2003 onwards the band has been on hold. 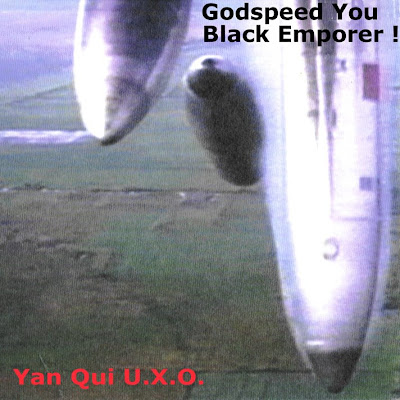 A re-up particularly of Martin Gore would be highly appreciated. Thank you very much.

Can you re-up GSYBE! Thanks!